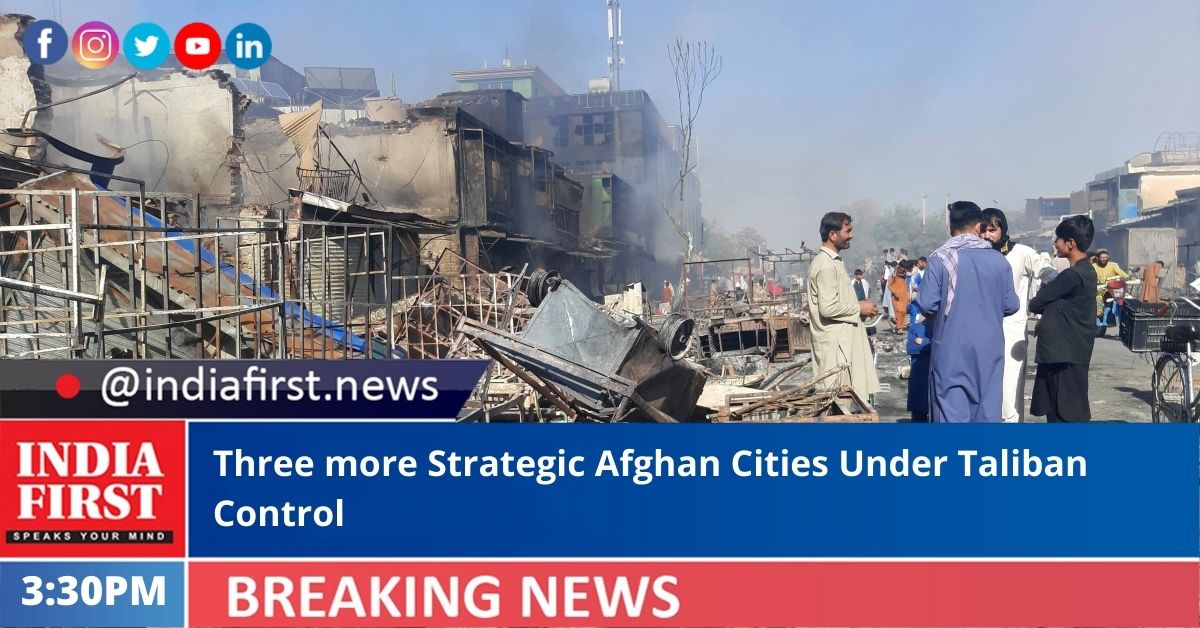 As the Taliban is continuing its rapid march towards Kabul, three more important cities have fallen to the insurgent group amid ongoing intense clashes with the war-torn country’s security forces.

Today, Taliban spokesman Zabihullah Mujahid claimed that the militants took control of most parts of Jalalabad, capital of Nangarhar province, some 120 km east of Kabul.

He said the militants were also trying to seize control of the governor’s office and the provincial police headquarters in Jalalabad.

Jalalabad’s collapse came after the fall of Asadabad city, capital of Kunar province, and Sharan, the capital of Paktika province, on Saturday.

A witness said the Taliban militants entered Asadabad at around 3 p.m. on Saturday and seized control of the city.

All the provincial officials, according locals, have moved to Nangarhar.

Meanwhile, the Taliban spokesman also confirmed the fall of Asadabad, saying that the government security forces had surrendered and all parts of the city are now under the militants’ control.

In a statement to Xinhua news agency, Paktika provincial council chief Bakhtiar Gul Zadran confirmed the fall of Sharan city, adding that the entire province is now under Taliban control.

All officials of the province have gone to a military base, Zadran said without providing more details

Earlier yesterday, Taliban declared that they captured Mazar-i-Sharif and Maimana cities in the northern region, Gardez and Mehtarlam cities in the eastern part of the country.

Since the escalation of fighting in May, the Taliban has so far captured more than 20 provincial capitals.