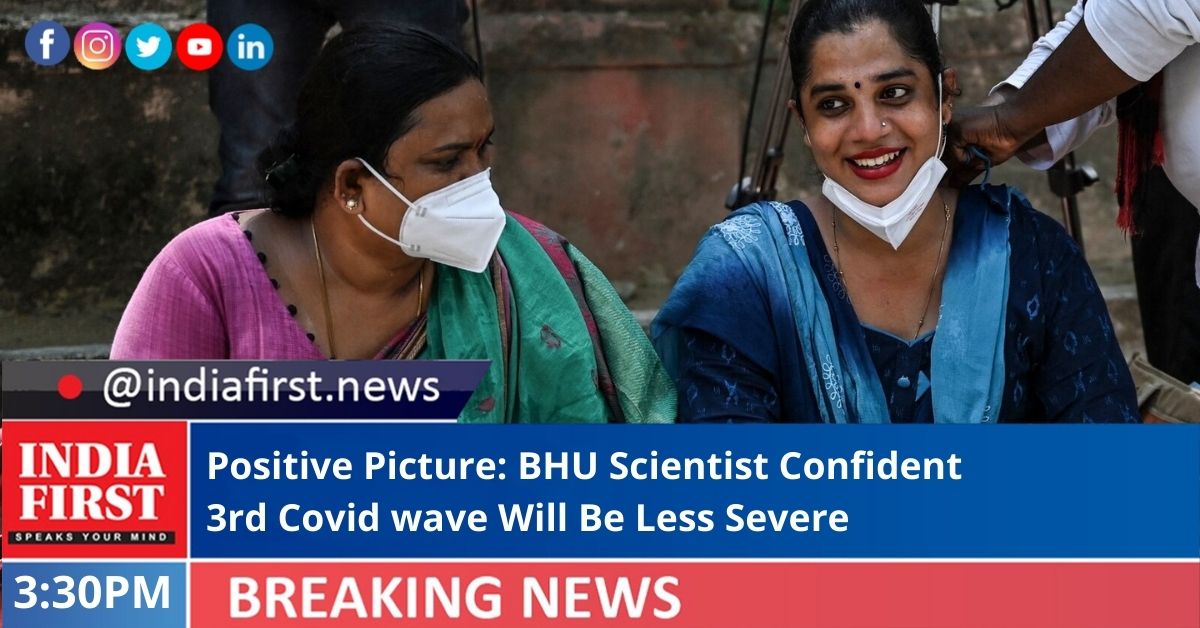 Professor Gyaneshwer Chaubey, senior geneticist of the zoology department in the Banaras Hindu University (BHU), has said that the third wave of coronavirus would be less severe and deadly, especially for the vaccinated group of people, those who have been cured of the virus and the children.

He said that people who have been vaccinated and cured of Covid-19 would fall under the protected group during the third wave.

He added that the wave would likely hit after, at least, three months, but the ongoing coronavirus vaccination will boost people’s immunity and help them resist the wave.

Explaining further, he said, “As the levels of antibodies drop every three months, the chances of the third wave are likely. In this sense, if the level of antibodies falls in the next three months, then a third wave can come. But the ongoing vaccination campaign will help in the fight against the virus. If our immunity is more than 70 per cent, the effect of Covid in that group will be less, and gradually, its frequency will start decreasing.”

Prof Chaubey further said that while the virus cannot be stopped, the death rate can be reduced.

“From time to time, corona will raise its head but it will eventually decrease. Once the levels of antibodies decrease, the chances of catching Covid will increase. Even so, for those in the protected group, the death rate is very low,” he stated.

In such a situation, even if there are one to two deaths reported out of two to four lakh people, that would still count as a big deal.

“Even if our entire population gets infected with coronavirus and we keep the mortality rate below 0.1 or even 1 per cent, then we will win this war,” he added.