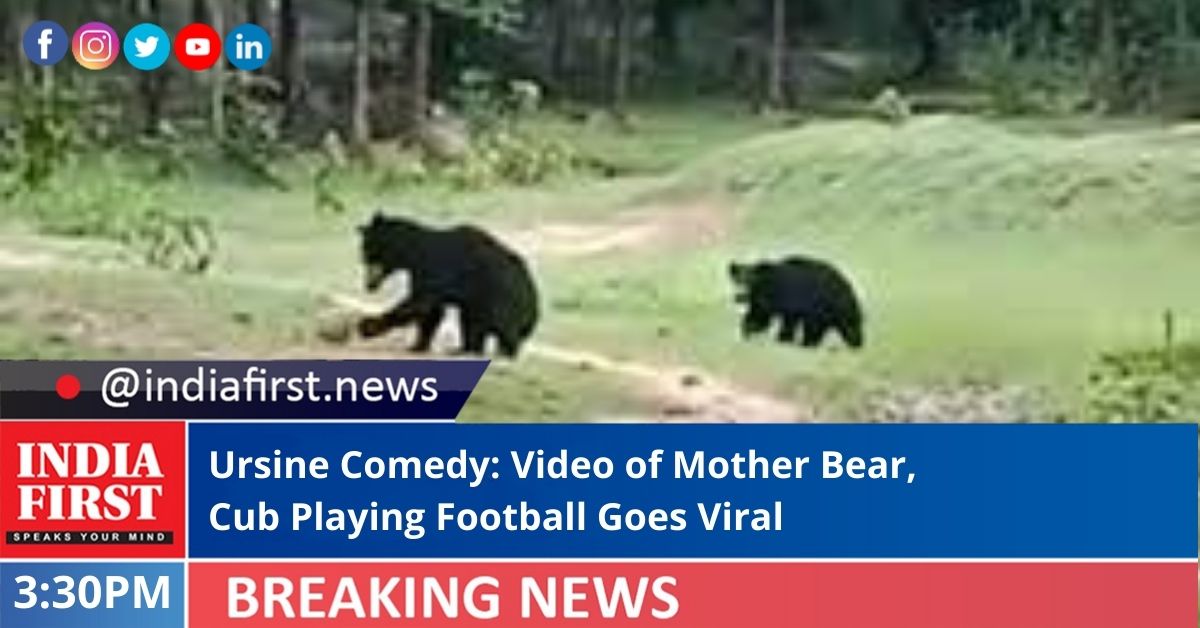 A rare sight of two wild bears playing with an abandoned football in a remote village in Odisha’s Nabarangpur has been caught on video and has gone viral.

The incident was reported from Sukhigaon village under Umerkote block of Nabarangpur on September 12. A group of children playing football in an open field in the village spotted two wild bears approaching them, and fled in panic, leaving the football on the ground.

According to the video, the mother bear was seen kicking the football to her cub and waiting for it to return the ball. The mother was also seen throwing the ball up and trying to catch it. After their “play”, the bears took the football along with them back into the forest.

“When we were playing football, the two bears suddenly appeared in the field. We fled leaving the football. We were surprised to see them playing,” said a boy, who was playing in the field.