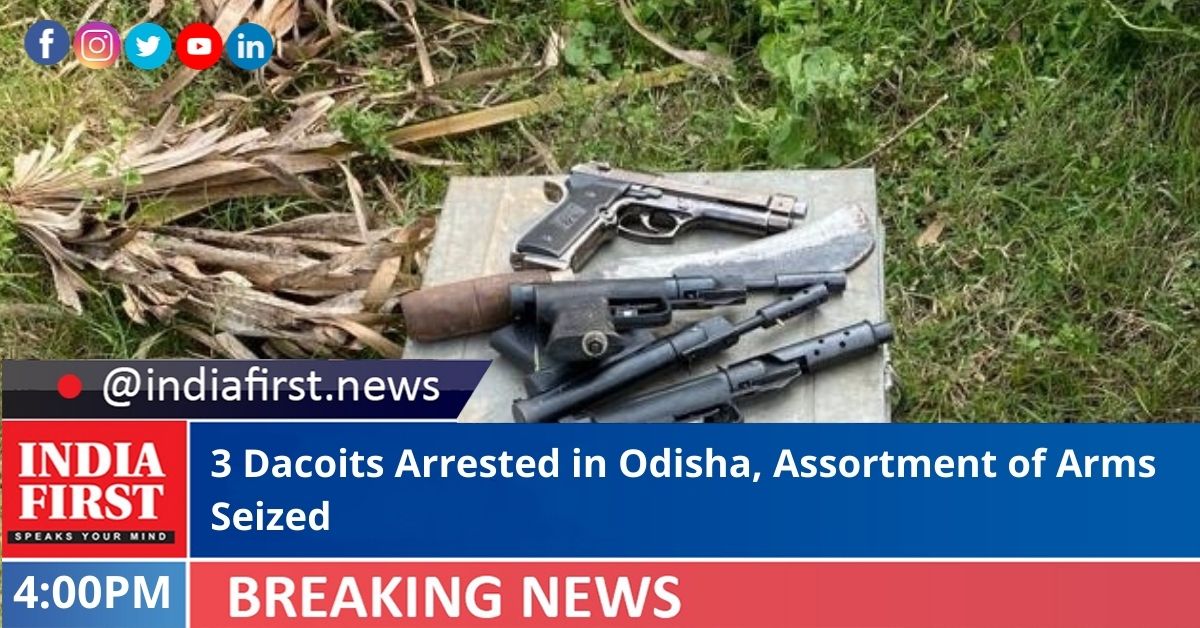 Three members of a dacoit gang were held in Odisha’s Sundergarh district and a quantity of arms seized from them, police said.

The accused were identified as Basista Mohanty, Jangyasis Swain, and Amit Kumar Sahoo, all hailing from Rourkela in Sundergarh.

As per preliminary investigation, police found that the three accused used to bring ganja from Kandhamal area to sell in Jharkhand, and used the money earned to buy illegal firearms and bombs.

The trio is involved in murder, extortion, kidnapping, and illegal arm deals, the SP said.