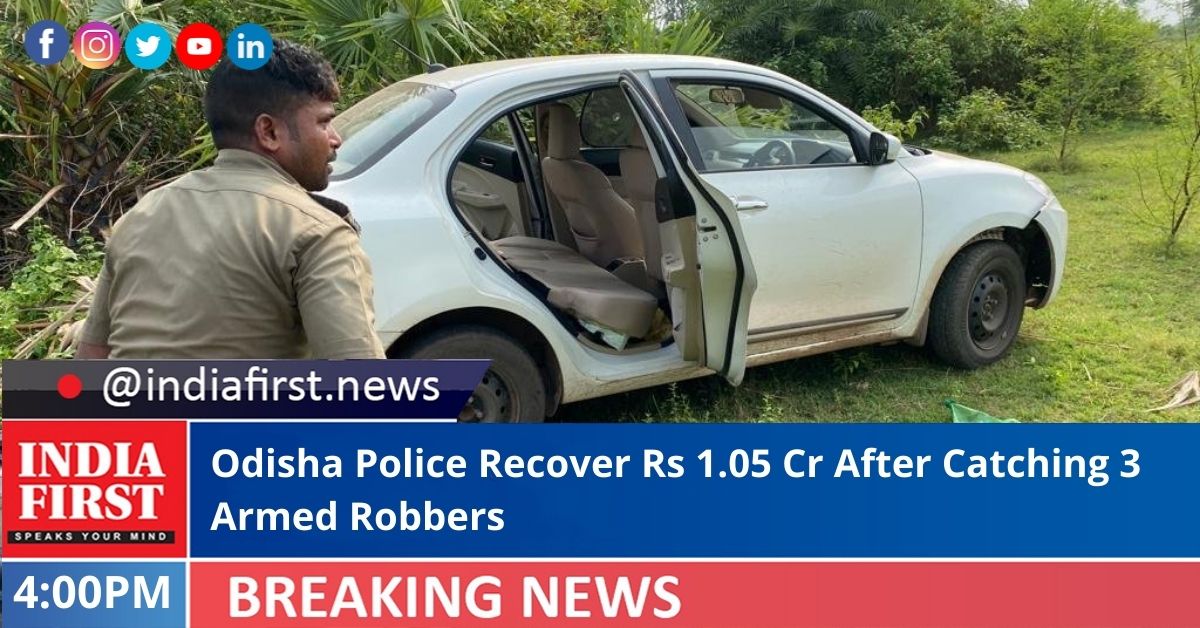 The van of a private security company carrying cash to replenish ATMs of the SBI was intercepted by miscreants near Ankola under Athagarh police station at around 1.15 p.m. yesterday, said police chief Abhay.

They overpowered the gunman of the vehicle, snatched his gun and drove away with the cash van. On information, police swung into action and all neighbouring police stations were alerted, he said.

Initial investigation revealed that the miscreants had abandoned the cash van and transferred the money to a private vehicle. This information was shared with neighbouring police stations and road blocks were put up at different places.

The police have recovered over Rs 1.05 crore and the gun of the cash van guard. Four country-made firearms have also been seized from the miscreants, Abhay said.

According to police sources, four robbers were involved in the crime, of which one was able to flee from the spot with some cash.

The DGP has praised the action of the Dhenkanal and Cuttack police in the case.