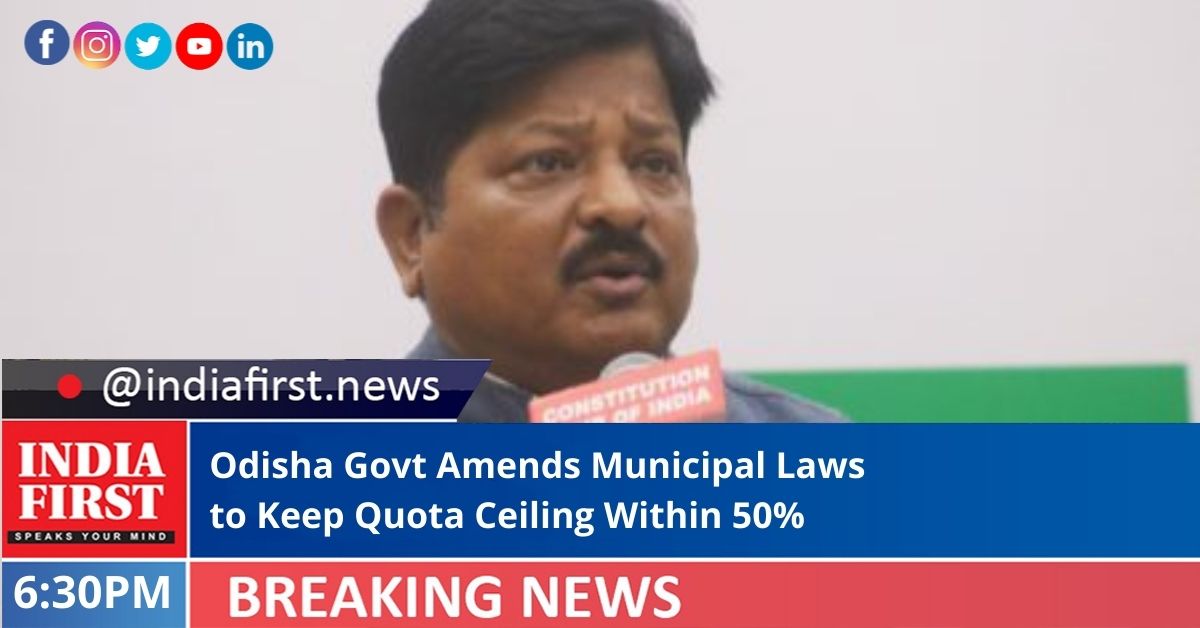 He said the maximum limit of reservation of seats has been kept at 50 per cent for scheduled castes, scheduled tribes and backward classes in all urban civic bodies.

The government will give priority to STs and SCs in reservations and the remaining seats, if any, will be reserved for the backward classes with a maximum ceiling of 27 per cent, sources said.