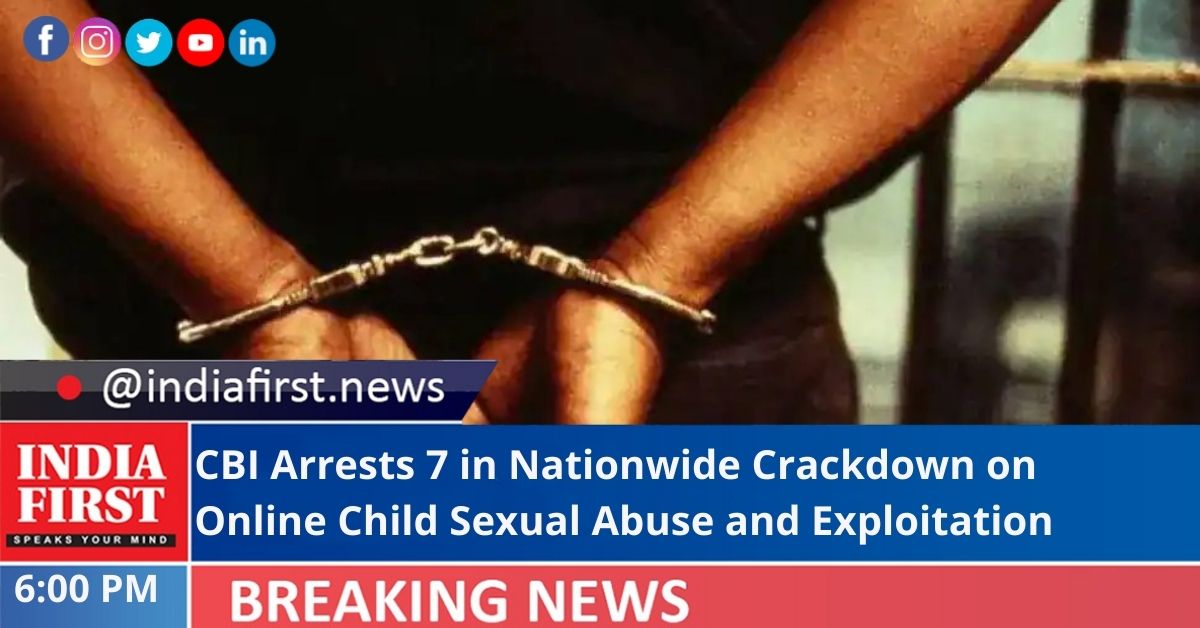 The Central Bureau of Investigation (CBI) has arrested seven people in the ongoing investigation of the cases related to alleged online child sexual abuse and exploitation.

The premier probe agency, in a major crackdown on Tuesday, raided 76 locations across the country in 14 States and Union Territories over the menace of online child abuse. The agency had registered 23 separate cases on November 14, against a total 83 accused.

According to the FIR, there was information that 31 members of the aforementioned group were sharing CSEM content in connivance with each other. As per the initial information collected, there were more than 50 groups having over 5,000 offenders sharing child sexual abuse material. Many of these groups also had the involvement of foreign nationals.

It was initially learnt that there may have been the involvement of people from around 100 countries spread across various continents. Sources said that some of the foreign nationals were from Pakistan, Canada, Bangladesh, Nigeria, Indonesia, Sri Lanka, Azerbaijan, the UK, Belgium, Yemen etc, adding that 10 suspects have been detained during the raids.

The premier probe agency said that it is coordinating with its sister agencies through formal and informal channels and searches and development of further leads are underway.