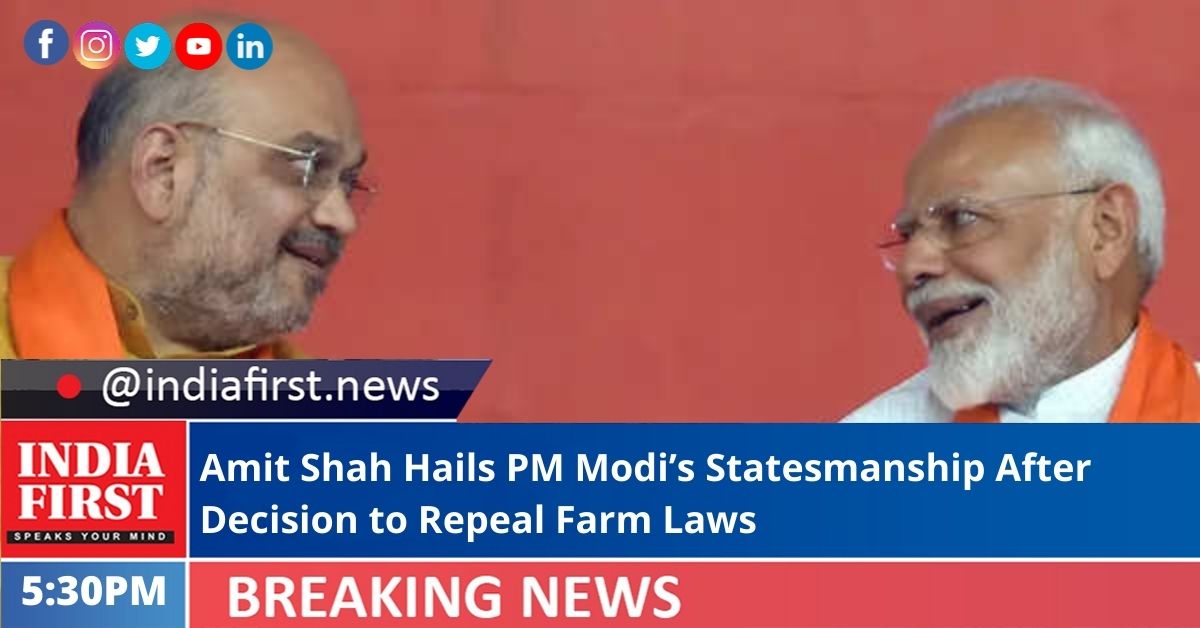 In a series of tweets, Shah said, “PM @narendramodi’s announcement relating to the farm laws is a welcome and statesmanlike move. As the Prime Minister pointed out in his address, the Government of India will keep serving our farmers and always support them in their endeavours.”

“What is unique about PM @narendramodi Ji’s announcement is that he picked the special day of ‘Guru Purab’ to make this announcement. It also shows there is no other thought except the welfare of each and every Indian for him. He has shown remarkable statesmanship,” Shah said in another tweet.

BJP chief Nadda tweeted, “The @BJP4India wholeheartedly welcomes PM @narendramodi’s announcement, that too on the special day of Guru Nanak Dev Ji’s Parkash Utsav. Our PM has shown that he has immense care for our farmers. This decision will further the atmosphere of brotherhood across our nation.”

“The number of good governance measures taken by the @narendramodi Government are innumerable. Let us keep working together, and through our collective spirit take India to even newer heights in the times to come,” Nadda said.

In his address to the nation, Prime Minister Modi said, “It seems some of the farmers are still not convinced by our sincere efforts. We have decided to repeal the three farm laws. The constitutional process to repeal these laws would be completed during the Parliament Session that would start at the end of this month.”