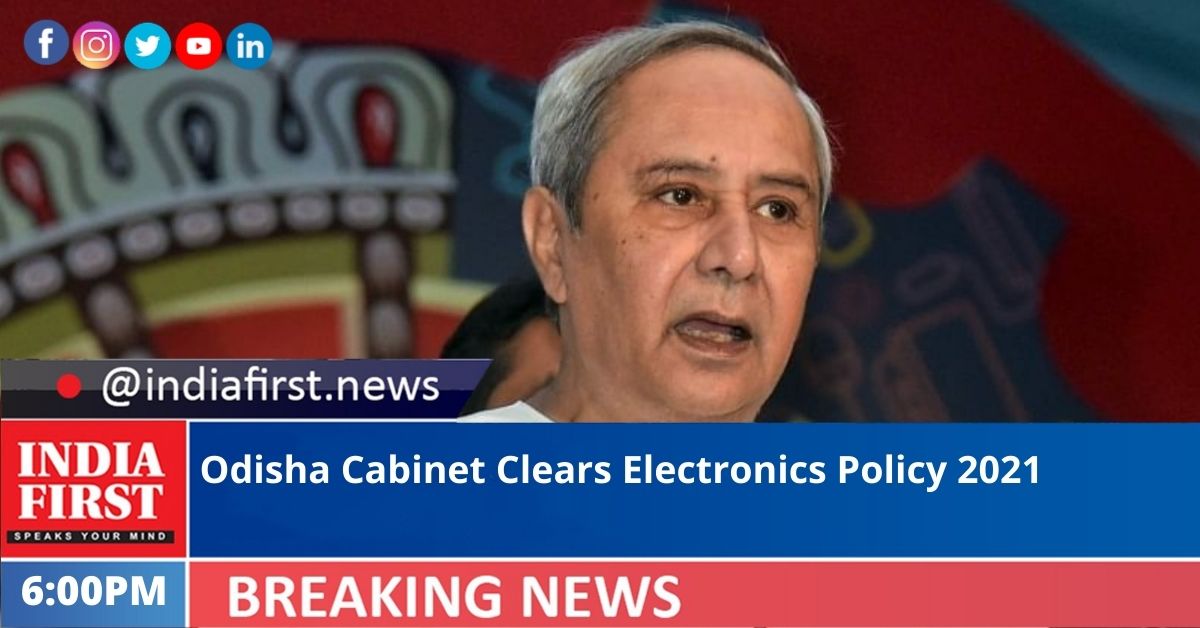 The Odisha Cabinet headed by Chief Minister Naveen Patnaik on Tuesday approved Electronics Policy 2021 to attract investors in this sector.

The Odisha Electronics Policy 2021 has been conceptualised to position Odisha as an attractive destination for the electronics industry by providing a congenial, industry friendly and proactive industrial climate with class leading infrastructure, supporting facilities and policy initiatives, said Chief Secretary SC Mahapatra.

There will be reimbursement of 100 per cent of land conversion charges payable for converting land from agricultural use to industrial use.

Additional incentives will be given to women entrepreneurs and person with disabilities, local entrepreneurs. This Policy will remain in force until March 2026.

The Cabinet has also approved a policy to deal with the land issues pending against various educational institutions of the State for decades.

Similarly, 1,274 high schools are on government land. The total value of which will be more than Rs 4,000 crore, he said.

Due to inability of such institutions to pay the dues like premium, incidental charges, annual ground rent, cess, encroachment fees with penalty, interest, the land is not recorded in the name of institutions.

It was decided that all land, irrespective of extent of area, under occupation of standalone government degree colleges and standalone government Plus II colleges will be recorded in the name of Higher Education department and School & Mass Education department respectively with marfat of the concerned degree colleges/higher secondary school, he said.

The Cabinet has approved to amend Industrial Policy Resolution 2015 by addition of a section to provide special incentives to new age mega industries.

The proposed amendments are expected to attract investments of around Rs 12,000 crore to the state, creating employment for more than 35,000 people, said an official.

Moreover, the Odisha Cabinet has approved the construction of 12 mega piped drinking water supply projects with an investment of around Rs 1,800 crore.

Meanwhile, the Council of Ministers has given its nod for the first supplementary budget for the year 2021-22, which is scheduled to present before the Odisha Assembly on December 1.