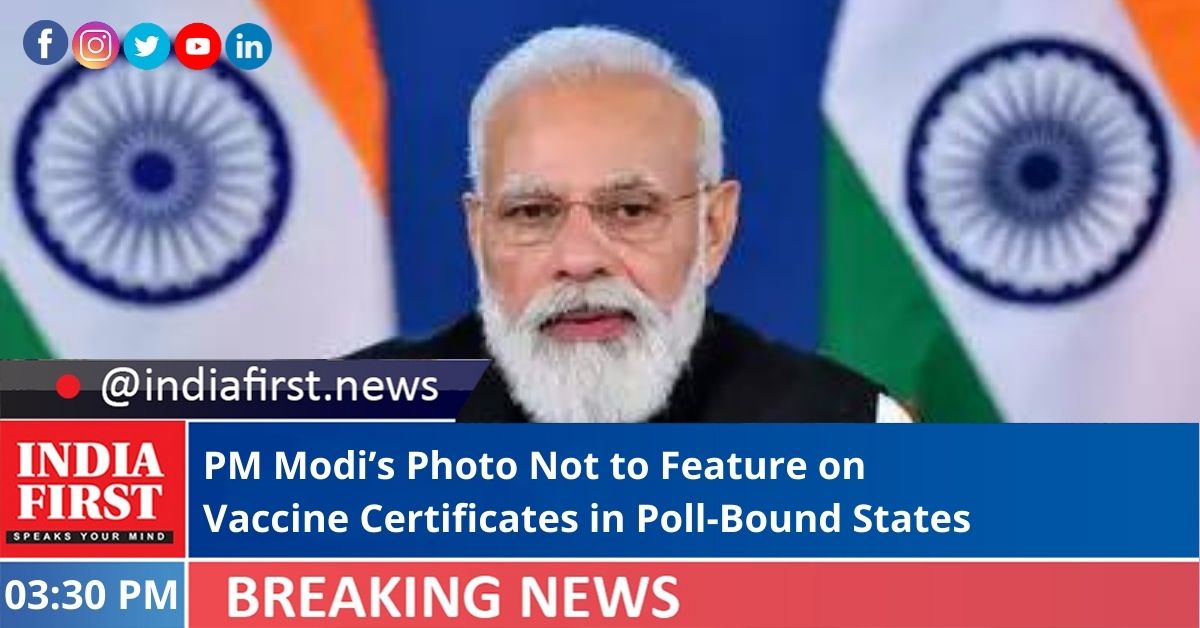 Covid vaccine certificates in the five poll-bound states will not have Prime Minister Narendra Modi’s picture because of the Model Code of Conduct that has come into place.

A Health Ministry said that the ministry will apply some filters on the CoWIN platform to exclude picture of the Prime Minister from Covid certificates being given to people in five poll-bound states.

The Election Commission on Saturday announced the schedule for Assembly polls in the five states – Uttar Pradesh, Punjab, Uttarakhand, Manipur and Goa, and the model code came in place alongside.

While Punjab, Uttarakhand and Goa will go for voting in a single phase on February 14, voting in Manipur will be held in two phases on February 27 and March 3. In Uttar Pradesh, there will be seven phases from February 10 to March 7. The counting will take place on March 10 in all five states.