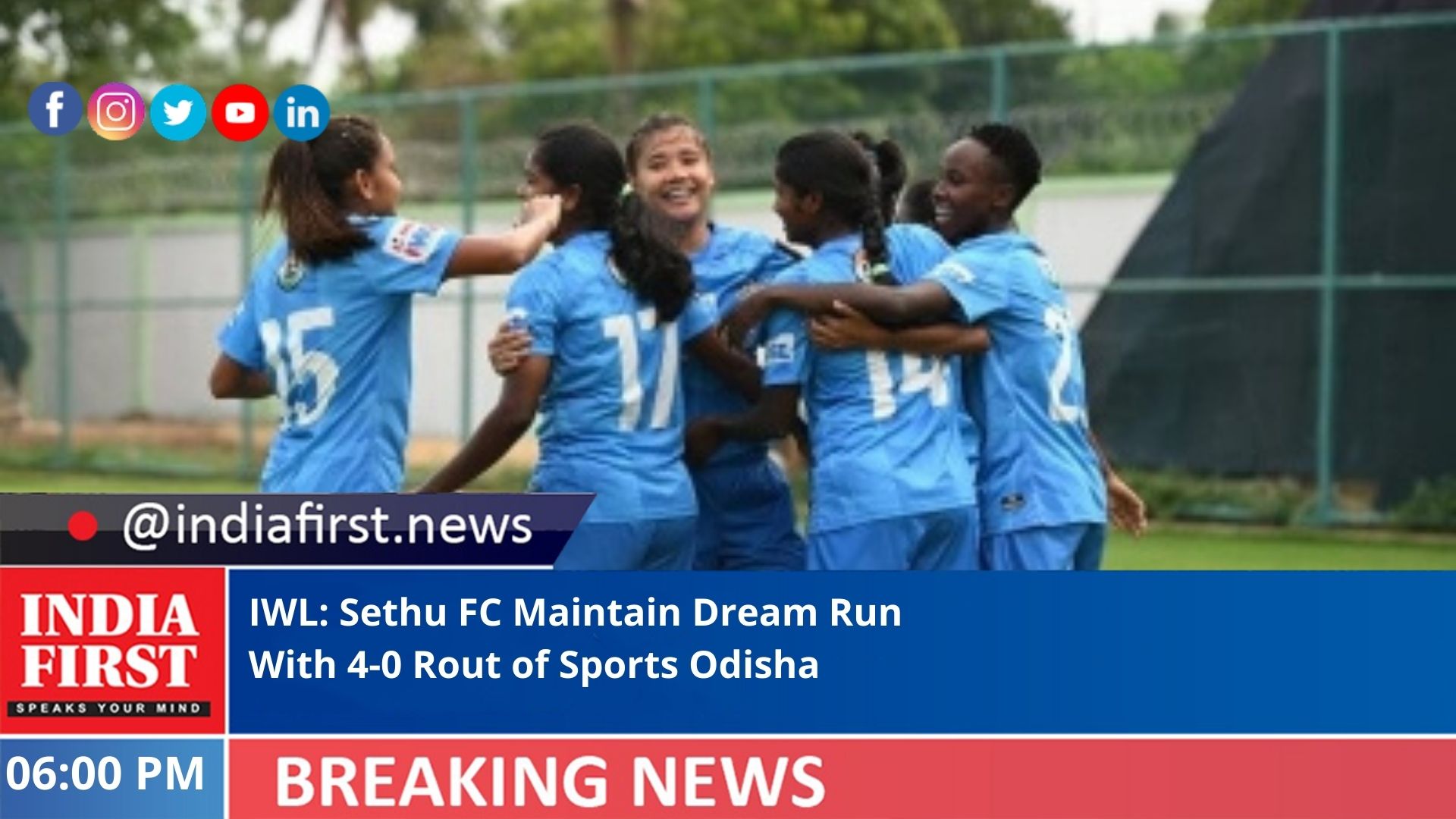 Sethu FC earned their sixth consecutive victory in the Hero Indian Women’s League after beating Sports Odisha 4-0 at the Capital Stadium yesterday. A brace from Durga ensured full points for the Chennai-based side as they maintain the top position in the league table.

Kenyan forward Elizabeth helped Sethu bag an early lead within the 4th minute of the game. Renu came up with a cross from the right flank which Elizabeth did no mistake to send to the back of the net.

Sethu doubled the lead in a blink of a minute with Karthika scoring from a header in the 5th minute.

Sports Odisha afforded Sethu FC a lot of space at the back leading the latter to create a plethora of chances. And it cost Odisha vehemently as Sethu increased the lead to 3-0 within 8 minutes of the game. This time midfielder Durga took the chance of a chaotic situation inside the Odisha box.

Just at the half an hour mark Durga made it a brace for herself with a terrific goal. Sethu FC continued to dominate the game going into the breather.

After the break, Odisha seemed to be on the better side. They created few chances but failed to convert going past the Sethu defence. But the best opportunity came for Odisha in the 65th minute.

As the game progressed this half turned out to be one of the missed chances as both sides failed to convert some sure chances. Sports Odisha kept things to a halt as they refrained from conceding more with the game ending as a 4-0 victory for Sethu FC.