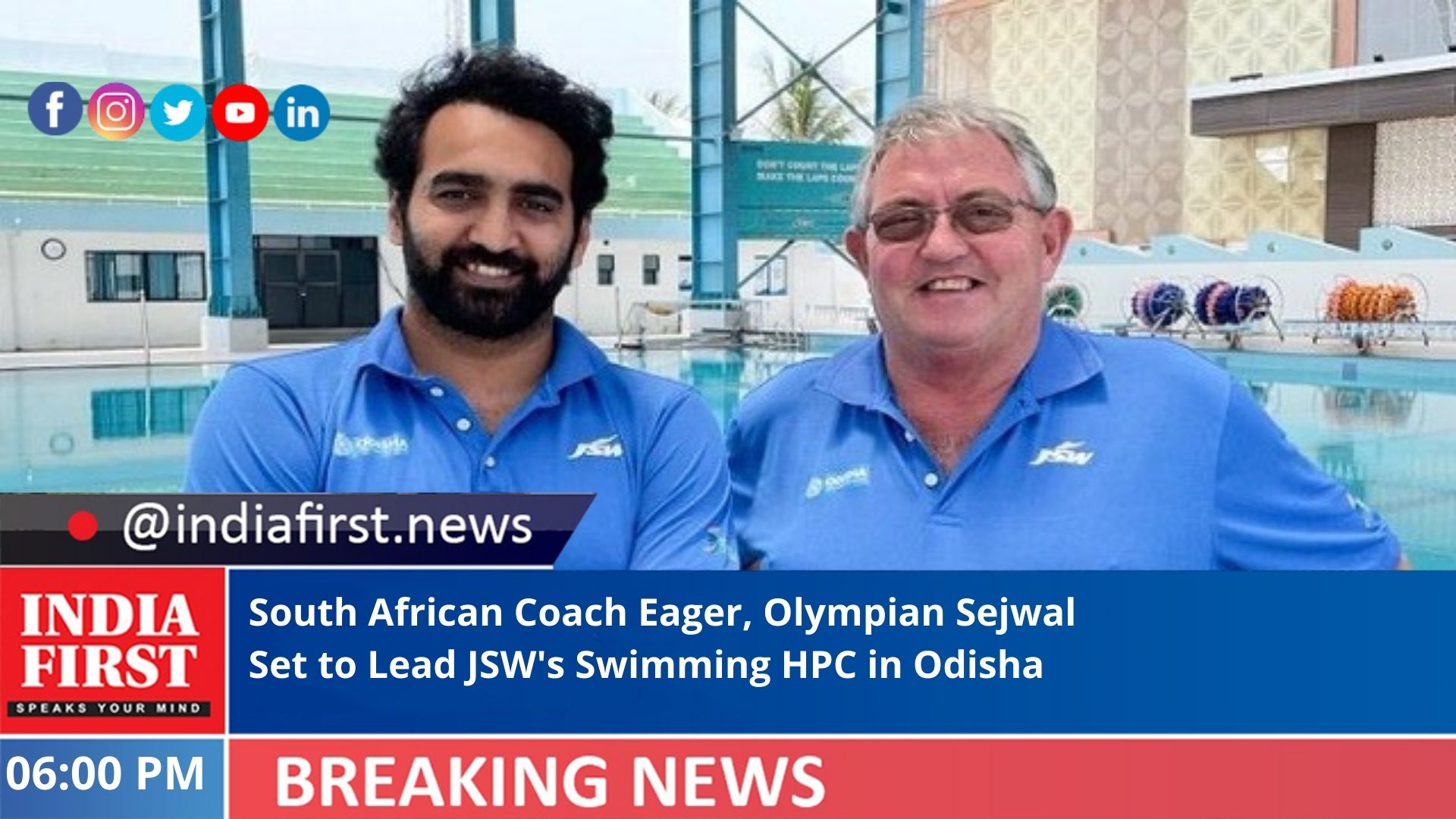 To create structured athlete development pathways for swimming in the state and to help Indian athletes achieve success at the global level, the JSW Group has announced the appointments of seasoned South African swim coach Douglas Eager and Olympian and Asian Games medalist Sandeep Sejwal to lead the Odisha JSW Swimming High-Performance Centre (OJSHPC) based out of the Kalinga stadium in Bhubaneswar.

A unique partnership between the state and JSW, the establishment offers coaching programmes aimed at developing Indian swimmers capable of achieving FINA ‘A’ Qualification times for World Championships and the Olympics in 8-12 years. A total of 34 swimmers have already been identified as part of the HPC since its inception.

“I am extremely excited about the swimming program in Bhubaneswar where we are developing swimmers from grassroots beginners to elite swimmers. With the coaching staff and facilities at our disposal, I am convinced that we will be producing national and international champions in the not too distant future,” he said.

After retiring from competitive swimming, Sejwal, an Arjuna awardee and 13-time national champion, took to full-time coaching and has trained some of the country’s top swimmers including Kenisha Gupta, Aanya Wala, and Srish Maulik among several others.

Expressing his excitement about taking up the new role, Sejwal said, “Having represented India in the pool at the international level, I am really looking forward to this new challenge of developing the next generation of Indian swimmers. It’s fantastic to see the Odisha Government and the JSW Group come together with such a comprehensive strategy for the growth of swimming in India, and I am confident that a structured program such as this will do wonders for the sport in our country.”

The OJSHPC will be part of a network of HPCs being set up under the Inspire Institute of Sport (IIS), India’s first privately-funded High-Performance Centre established by JSW and furthers the Group’s commitment to the state of Odisha and the holistic growth and development of Olympic disciplines in the country.

Speaking about the program, R Vineel Krishna, Sports Secretary, Odisha, said, “Swimming is among a priority sports for us and we aim to promote it both as a sport and also as an important life skill, right from grassroots to elite. We are very happy with the way JSW has engaged experts to take the sport of Swimming to a greater level, in Odisha. The HPC trainees are already making their mark at different competitions and we are confident our unique partnership with JSW will be instrumental in creating champions of tomorrow.”