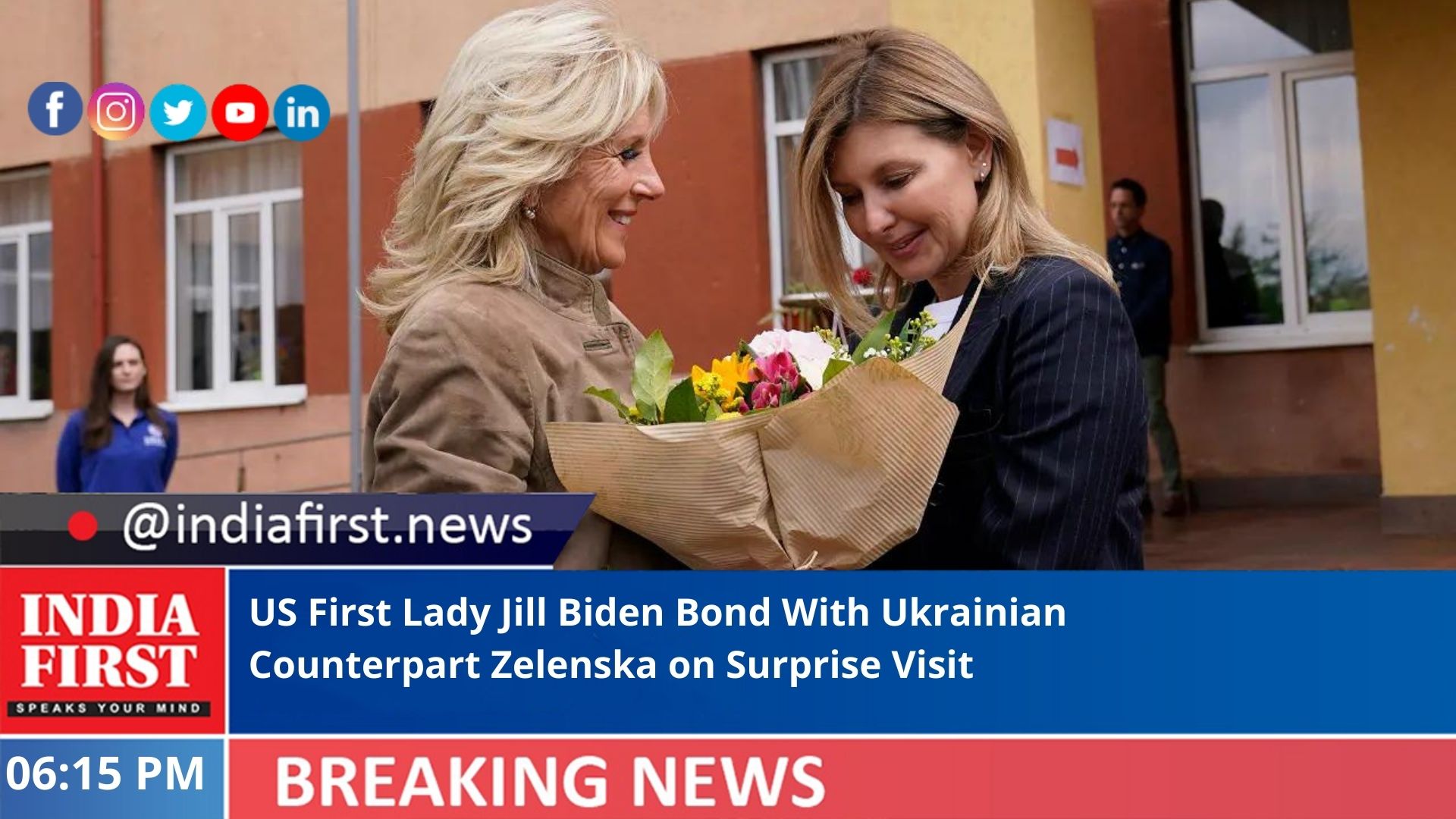 US First Lady Jill Biden met her Ukrainian counterpart Olena Zelenska during a surprise visit to the war-torn nation.

Biden’s visit on Sunday coincided with International Mother’s Day and to mark the day, she posted a picture of herself and Zelenska on Twitter, with the caption: “On this Mother’s Day, my heart is with you, First Lady Olena Zelenska, and all of the brave and resilient mothers of Ukraine.”

The two First Ladies met at a school in Uzhhorod, a town located at the Slovakia-Ukraine border.

According to the BBC, this was Zelenska’s first public appearance since Russia launched its invasion of Ukraine on February 24.

The school is currently being used as a temporary shelter for displaced people, the BBC reported.

In a series of tweets, Biden said that this Mother’s Day, “I wanted to be with Ukrainian mothers and their children. Over the last few months, far too many Ukrainians have had to flee their homes, forcing them to leave behind their loved ones”.

“As a mother, I can only imagine the grief and anxiety they must feel every day from Russia’s unprovoked attack.

“I’ve seen firsthand how the people of Slovakia and Romania have opened their homes, their schools, their hospitals, and their hearts,” she said.

The First Lady further said that “together, we are united for Ukraine”.

“I hope by being here I can convey how much their strength and resilience inspires the world, and remind them that they are not alone.”

On her part, Zelenska termed Biden’s move to visit the country as the war rages a “courageous act”.

“We feel your love and support during such an important day,” she said, adding that the visit on Mother’s Day was very symbolic.