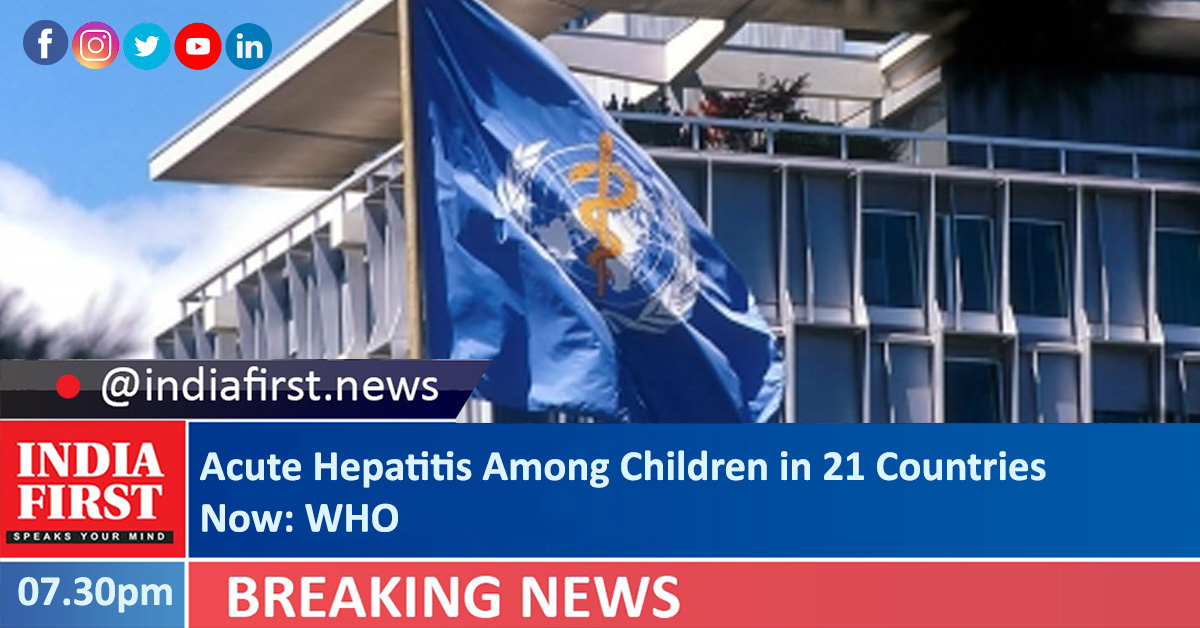 The mysterious acute hepatitis condition among children has spread to 21 countries with 348 probable cases, the World Health Organisation (WHO) has said.

The liver disease that was first reported in the UK in April, has reportedly seen five child deaths in the US, and three in Indonesia, while about 26 children had to undergo liver transplantation.

“To date, 348 probable cases have been reported in 21 countries, with 26 children requiring liver transplantation,” the WHO said in a statement.

“Fifteen countries have reported 5 or fewer cases,” it added.

While so far there is no reason identified, adenovirus – a common family of infections responsible for illnesses from colds to eye infections – is suspected to be causing the condition.

Adenovirus has been detected in blood or plasma samples for many of the cases, but in low viral loads.

However, the global health body noted that since “adenovirus has not yet been identified in the liver tissue samples analysed and therefore, could be a coincidental rather than a causal factor”.

The UK currently leads in cases with around 163, and only six countries are reporting more than five cases. The US on Friday announced it was investigating 109 probable cases of “unknown origin”.

According to Dr. Philippa Easterbrook, a senior scientist in the WHO’s hepatitis department, adenovirus type 41 was most common among the cases, which typically causes diarrhoea, vomiting and fever, as well as respiratory symptoms, Global.ca reported.

Easterbrook said more data from the UK, expected this week, will reveal whether the adenovirus is a correlation or causal.

Covid-19 was also detected in 18 per cent of the UK cases and the WHO is investigating how many of the total hepatitis cases previously had the virus.

“An important consideration is the role of Covid, either as a co-infection or past infection,” Easterbrook was quoted as saying.

The WHO is currently working closely with all regions in its active investigation, and is co-ordinating with the UK Health Security Agency.

Hepatitis impacts the liver and can be detected by the onset of jaundice (yellow eyes), dark urine and/or pale stools.