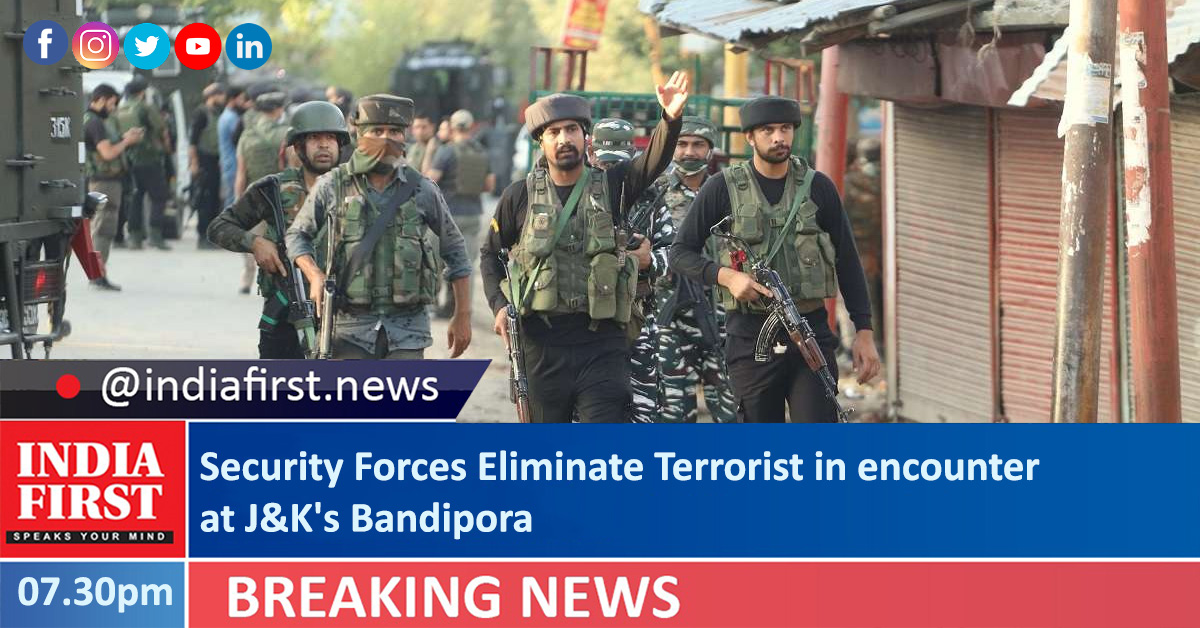 One terrorist has been killed in an ongoing encounter between terrorists and security forces in a forested area of Jammu and Kashmir’s Bandipora on Wednesday, police said.

“One terrorist killed. One AK rifle, three magazines recovered. The killed terrorist was a part of newly infiltrated terror group. Search for other two terrorists is in progress,” Jammu and Kashmir Police said in a tweet, quoting Inspector General of Police, Kashmir Zone, Vijay Kumar.

The firefight between terrorists and security forces at Salinder forest area broke out after a joint team of security forces cordoned off the area and launched a search operation on the basis of specific information about presence of terrorists.

As the security forces zeroed in on the spot where terrorists were hiding, they came under a heavy volume of fire that triggered the encounter.