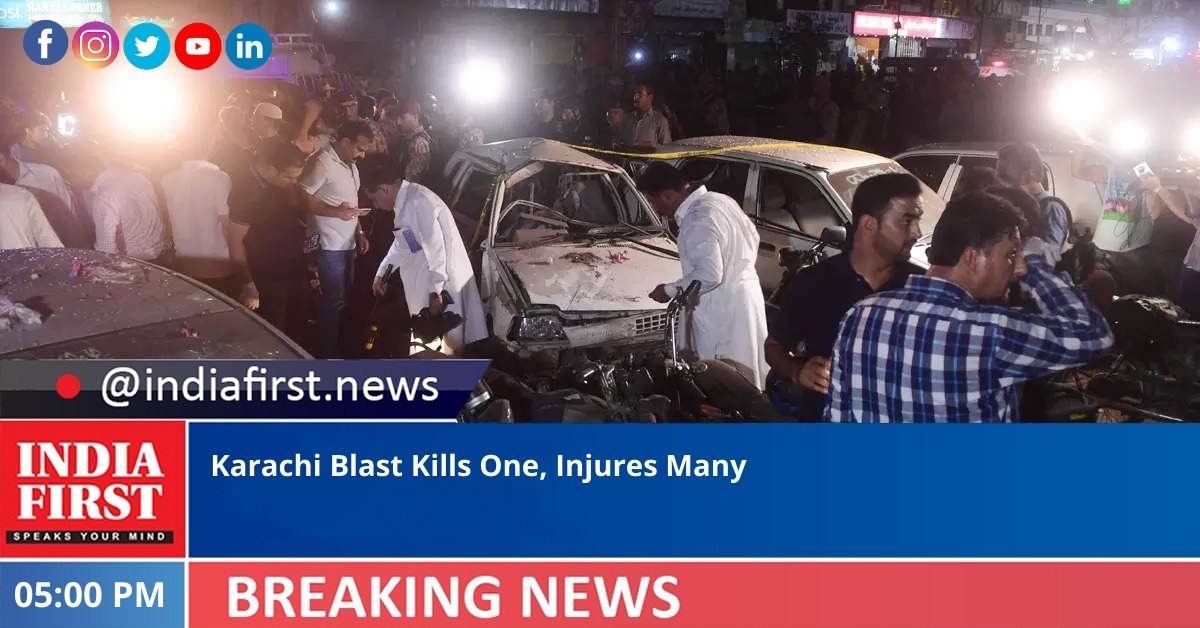 At least one person was dead and several others were injured in a bomb explosion in Karachis Saddar area, police said today.

Between six and nine vehicles were damaged in the explosion, which occurred on Daud Pota road, Samaa TV reported.

Police officials said the explosion was likely caused by an IED planted at the site.

They said a vehicle of the Pakistan Coast Guards was a possible target. However, the personnel in the vehicle remained unhurt, Samaa TV reported.

Information Minister Sharjeel Minister confirmed that at least three people had been wounded, but other reports put the number of wounded at 11.

Shahid Rasool, the executive director of Jinnah Postgraduate Medical Centre (JPMC), said that one person had been killed. His body was moved to JPMC, located a few kilometres from the blast site.

JPMC Additional Police Surgeon Sumaiyya Tariq Syed confirmed nine injured have been brought to JPMC, adding that two of them were in critical condition.

“A 25-year-old victim was brought dead who was the hospital employer too,” Syed said.

The police cordoned off the area and called in the bomb disposal squad.

People were told to step away from the site as officials feared the first blast could be followed by another explosion.