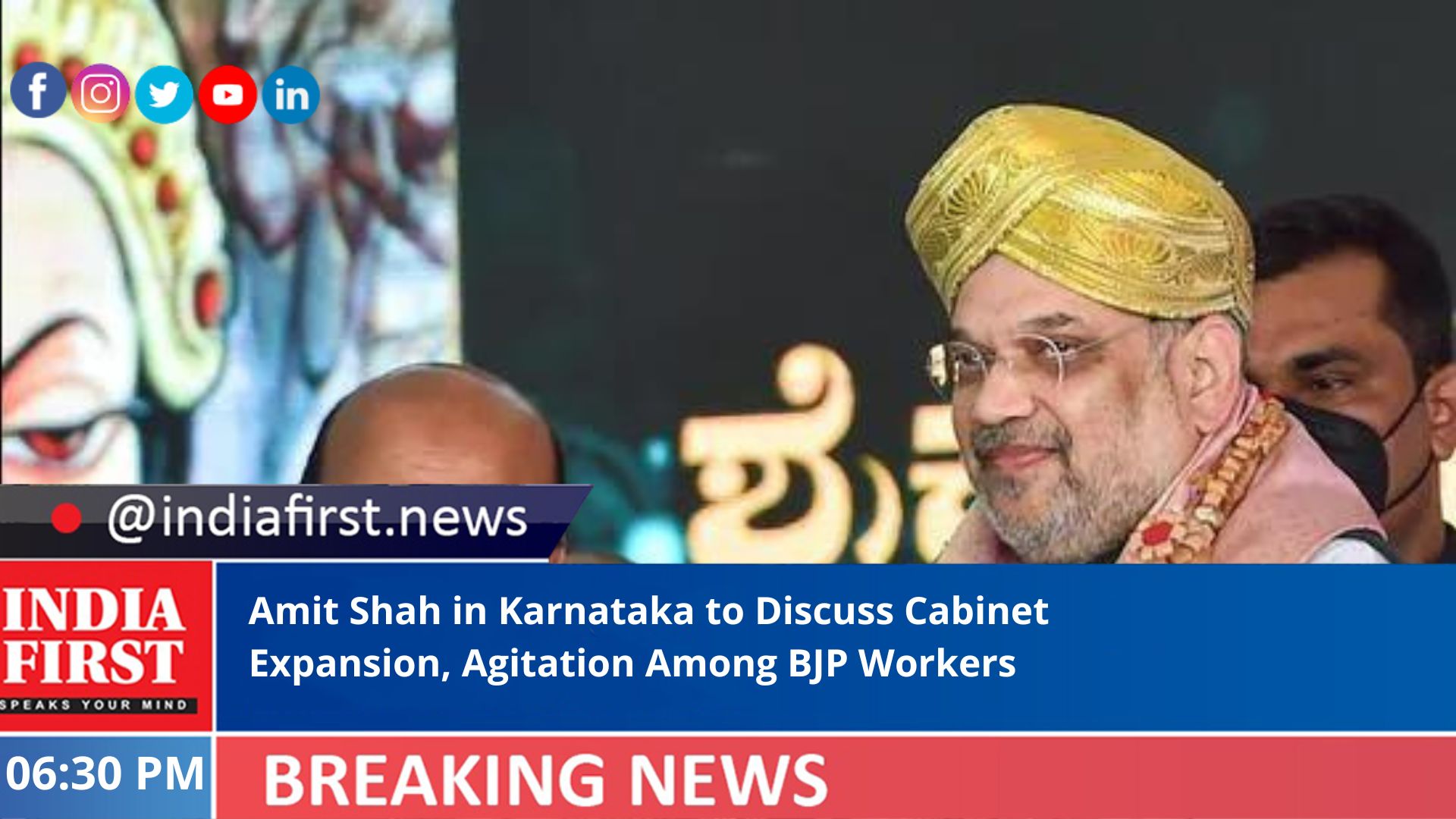 Union Minister for Home and Co-operation Amit Shah arrived in Bengaluru in the early hours today.

Though he is attending a slew of programmes throughout the day, he is likely to have lunch with state leaders to discuss hostility of party workers and Hindu activists.

Cabinet aspirants are hopeful that Amit Shah would consider their long pending demand of cabinet expansion during his visit as the Assembly elections are fast approaching.

State Party President Nalin Kumar Kateel and cabinet ministers Govind M. Karajol, Dr C. N. Ashwathnarayan and others welcomed Amit Shah at 1.20 a.m. at HAL Airport in Bengaluru. Sources in the party stated that Amit Shah has come to Karnataka to give a strong message in the backdrop of backlash the party is facing following the murder of BJP Yuva Morcha activist Praveen Kumar Nettare.

CM Bommai has also stated that if need arises the Yogi Model would be considered for Karnataka. Social media campaigning against ruling BJP by Hindu activists is still continuing and the state government’s assurance of “initiating strict action” against culprits is being ridiculed.

Amit Shah will take part in “Sankalp Siddhi” convention organised at Hotel Taj West End and later in the noon he will visit Mother Diary of Yelahanka and afterwards he will visit the headquarter of Karnataka Milk Federation (KMF) in Bengaluru. He will leave for New Delhi on Thursday evening.