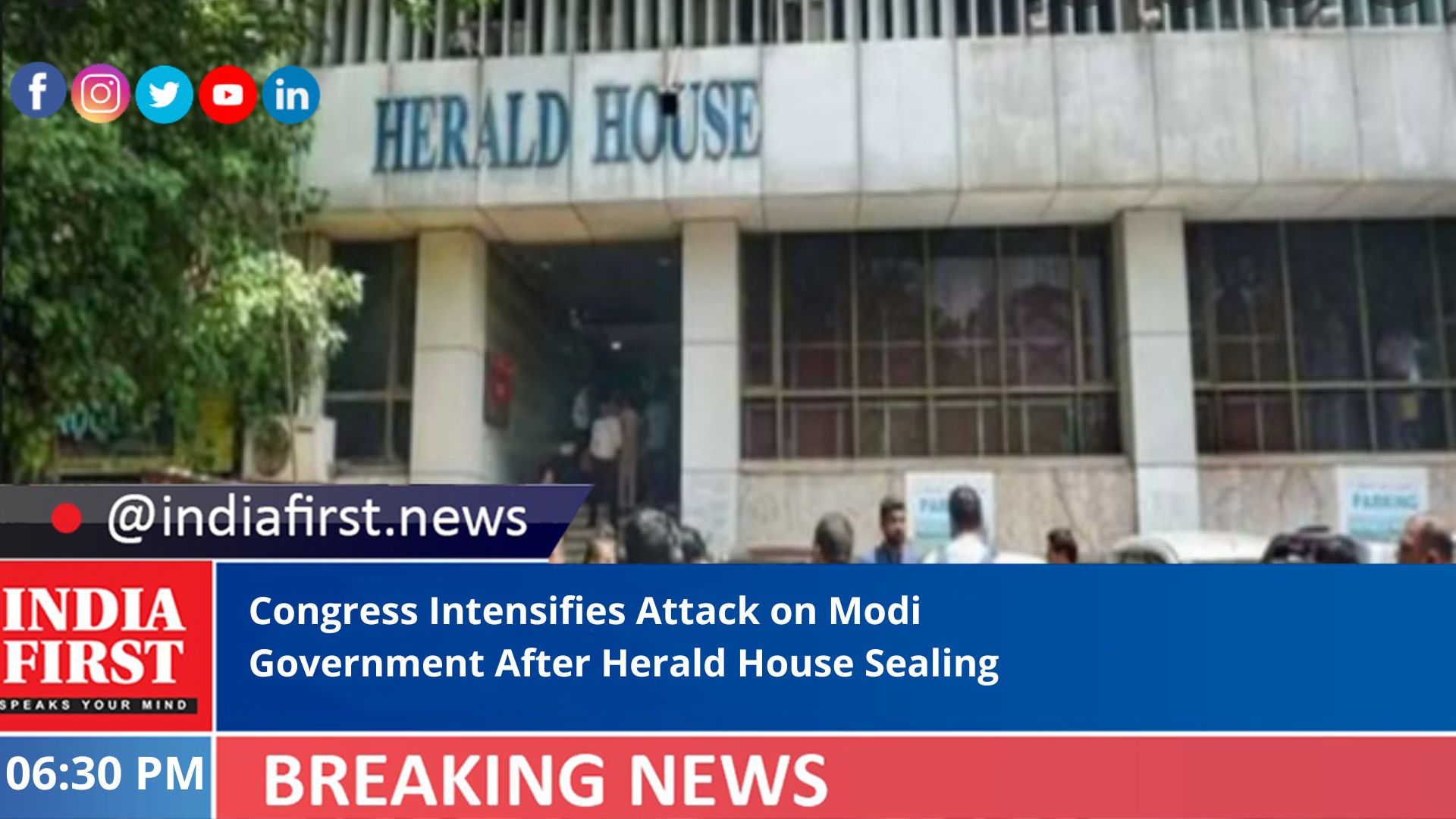 A day after the ED sealed Herald House, the Congress on Wednesday stepped up attack against the government and gave multiple adjournment motion notices in the Lok Sabha and suspension of business notice in the Rajya Sabha.

Congress MP Gaurav Gogoi gave a notice in the Lok Sabha to discuss the India-China border dispute issue. “The Union Government should clarify its stance on the restoration of status quo ante prevailing on the LAC prior to May 5, 2020 and progress made pursuant thereto.”

Manickam Tagore has given notice on unemployment in the Lok Sabha while in the Rajya Sabha the Congress has moved multiple notices under rule 267.

Rajiv Shukla has moved a notice on the medical students who returned from Ukraine soon after the Russian invasion there. Shakti Singh Gohil gave a notice on the deaths in cows due to the lumpy disease.

The government is scheduled to pass ‘The Energy Conservation (Amendment) Bill, 2022’ in the Lok Sabha on Thursday. Power Minister R.K. Singh will move the Bill on energy conservation.

Amid the growing energy needs and changing global climate landscape, the Centre has identified new areas to achieve higher levels of penetration of renewable energy by proposing certain amendments to the Energy Conservation Act, 2001. The objective will be to enhance demand for renewable energy at the end- use sectors such as industry, buildings, transport, etc.

The Ministry of Power has prepared amendments, after consultations with stakeholders. The proposal includes defining a minimum share of renewable energy in the overall consumption by the industrial units or any establishment.