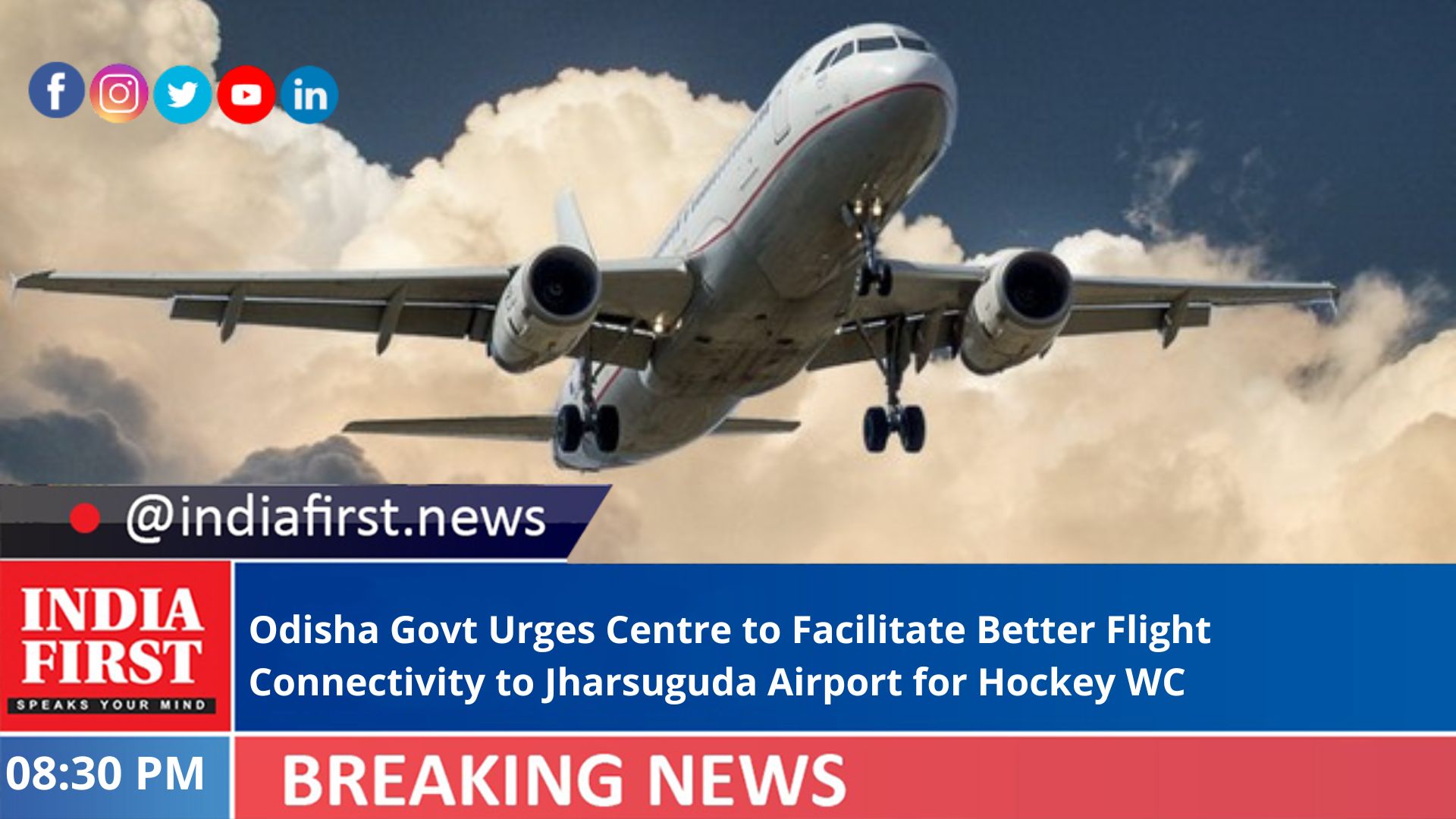 In view of the upcoming FIH Hockey Men’s World Cup-2023, the Odisha government has requested the Centre for enhancing flight connectivity to Vir Surendra Sai (VSS) airport at Jharsuguda.

The World Cup is scheduled to be held in Rourkela and Bhubaneswar from January 13 to 29.

Thanking Bansal for the steps being taken to make the Rourkela airport functional at the earliest, he demanded more flight services to the Jharsuguda airport, which is located near Rourkela.

As an alternative to Rourkela airport, the VSS airport is the nearest domestic airport having connectivity with cities such as Kolkata, Raipur Delhi, Hyderabad, Mumbai and Bhubaneswar, he said.

Further, the Jharsuguda city is well connected with Rourkela through the road as well as railway.

Thus, the access to Rourkela city will be made easier if the air connectivity to Jharsuguda is enhanced, Mahapatra said in his letter.

He pointed out that SpiceJet is cancelling scheduled flights from different metro cities like Bengaluru, Hyderabad, Mumbai and Kolkata, which badly affects the connectivity to the state and to the utmost dissatisfaction of the general public at large.

Keeping the above fact in view, Mahapatra has urged the Civil Aviation Secretary to look into the matter in order to increase the flight frequency/connectivity from important cities to Jharsuguda especially during the month of January 2023 in view of the Hockey Men’s World Cup 2023 so as to cater the passenger demand.