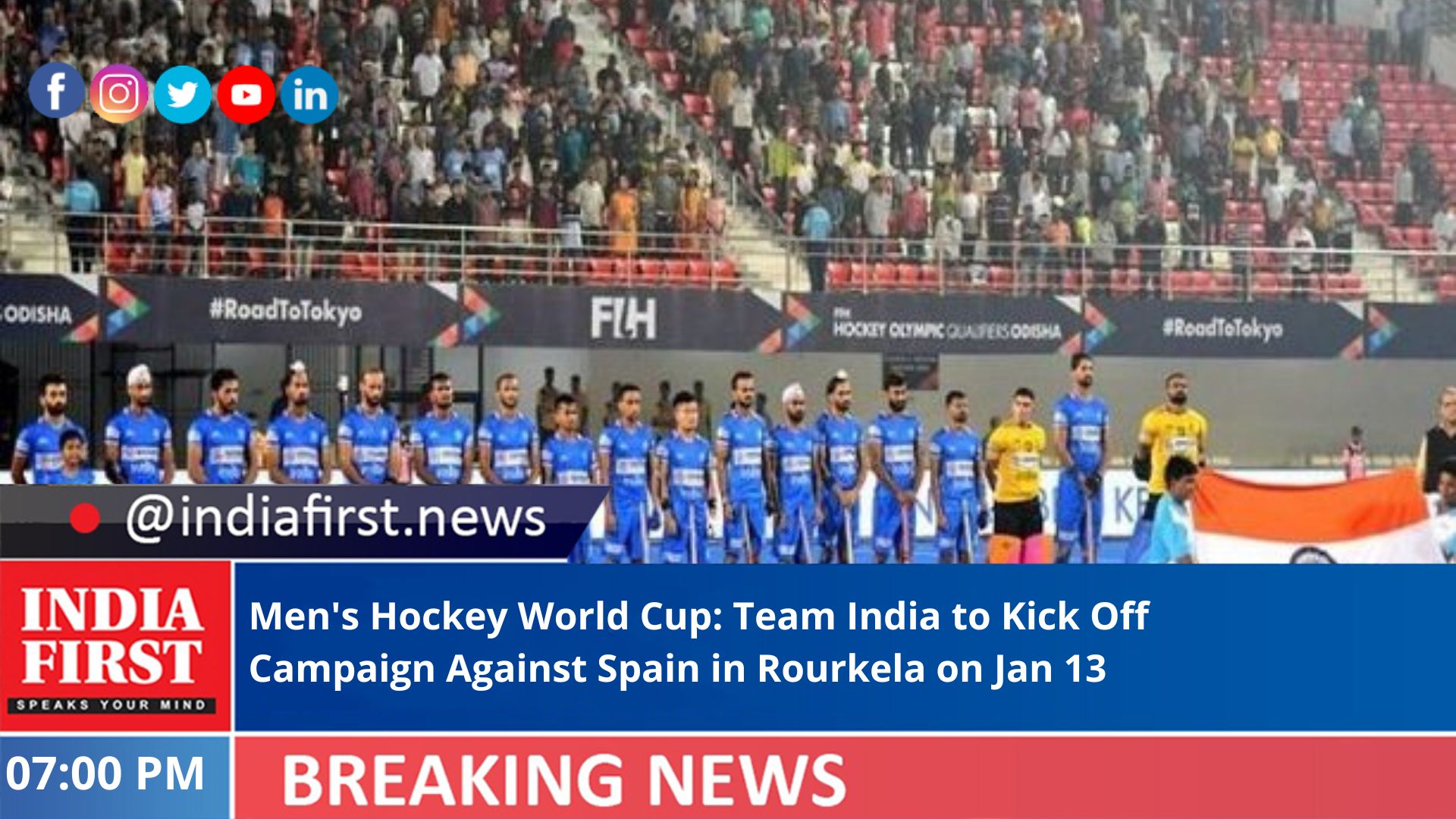 Clubbed with European giants England, Spain and Wales in Pool D, hosts India will open their campaign against Spain in the 2023 FIH Odisha Hockey Men’s World Cup at Rourkela on January 13, the opening day of the competition.

While India, the 1975 winner, will take on Spain in a prime-time match at 7pm in the newly-constructed Birsa Munda International Hockey Stadium, the action on the first day will start with a 1pm match between 2016 Olympic Gold medallists Argentina and Africa’s highest-ranked nation South Africa at the Kalinga Stadium here.

The second match of the day will also be played at Bhubaneswar with see world No. 1 Australia taking on Paris 2023 host France, in a repeat of the 2018 World Cup quarterfinal.

The inaugural match at Birsa Munda Hockey Stadium, Rourkela will be a “derby” between England and Wales, and India and Spain will windup the action for the day.

While Tokyo Olympics bronze medallist India, England, Spain and Wales comprise Pool D, as per the draw conducted on September 8, the 16 teams have been divided into four groups. Pool A will have Australia, Argentina, France, and South Africa; Pool B comprises Belgium, Germany, Korea, and Japan while Pool C has Netherlands, New Zealand, Malaysia and Chile.

Defending champion Belgium will open their campaign against South Korea at 5pm on January 14 while former champions the Netherlands will get into the act in the 3pm match on the same day.

All teams will play matches in both venues. In total, 44 matches will be played, with the Final scheduled on January 29 (7pm local time) in Bhubaneswar.

India, ranked fifth in the World, will meet the eighth-ranked Spain, who have made a lot of progress in the last year or so under former Dutch coach Max Caldes, will take on World No.6 England in their second match on January 15 at the same venue in Rourkela.

The Graham Reid-coached team will complete its Pool D campaign on January 19 at the Kalinga Stadium in Bhubaneswar against Wales.

After the round-robin preliminary matches within the pool, the four group toppers will book a direct place in the quarterfinals while the eight teams finishing second and third in their respective pools will play in crossover matches to identify the remaining four quarterfinals.

At the last edition of the FIH Hockey Men’s World Cup in 2018, the Manpreet Singh-led India topped the group stage with two wins and a 2-2 draw against eventual champions Belgium. However, India suffered a narrow 2-1 loss against the Netherlands in the quarter-finals after leading 1-0 at one stage.

In the last edition of the Men’s World Cup in 2018, the Manpreet Singh-led India topped the group stage with two wins and a 2-2 draw against eventual champions Belgium. However, India suffered a narrow 2-1 defeat against the Netherlands in the quarterfinals after leading 1-0 at one stage.