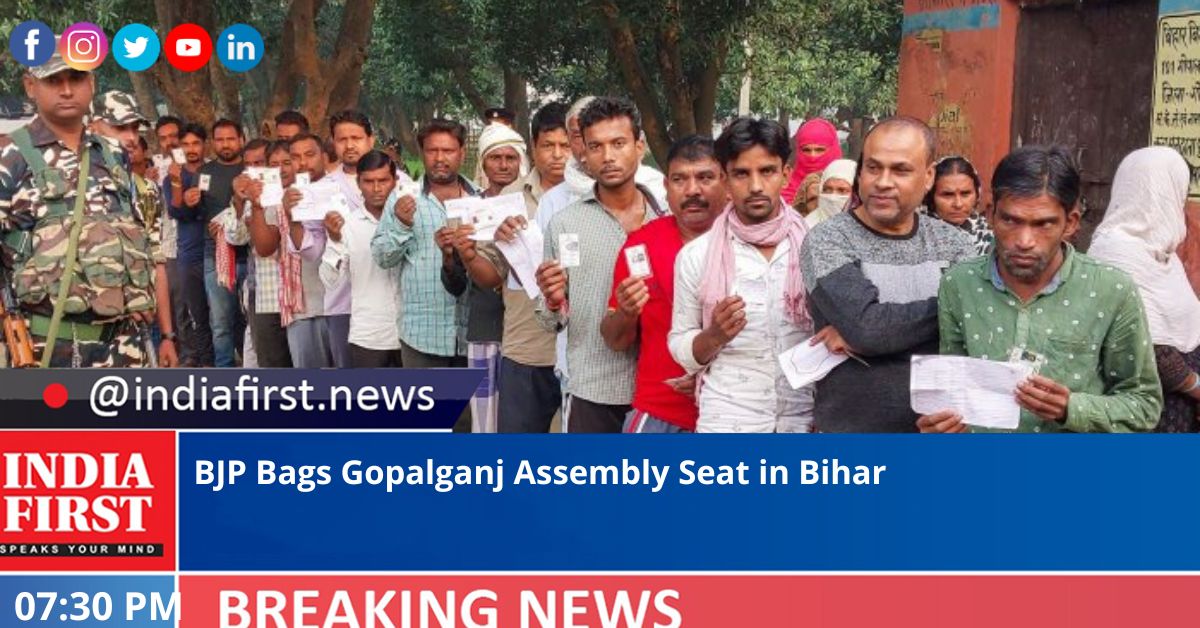 The win of BJP is a huge setback for the RJD and the grand alliance comprising seven parties in Bihar. Kusum Devi managed to get 70,053 votes after the completion of all 24 rounds of counting. The RJD candidate secured 68259 votes.

The two candidates fought neck to neck till the last round and finally the BJP candidate succeeded in the battle. The role of BSP candidate Indira Yadav, who is wife of Sadhu Yadav and AIMIM candidate Abdul Salam, cannot be ruled out in the victory of BJP, say analysts.

Indira Yadav got 8,853 and Abdul Salam managed to get 12,212 votes. These two have turned out to be the “Vote Katwa (divider of votes)” for the RJD candidate in this close contest. The RJD’s vote bank comprises Muslims and Yadavs (MY) and these two candidates bagged over 21,000 votes.

Compared to the Mokama bypoll, there was no ‘vote katwa’ candidate there. It was a contest between RJD’s Neelam Devi and BJP’s Sonam Devi and the former won the contest with a margin of around 16,000 votes.

In Mokama, Neelam Devi bagged 79,744 votes while BJP candidate Sonam Devi got only 63,003 votes. The margin of defeat for her was 16,741 votes. BSP and AIMIM did not contest in Mokama. Upendra Sahani of Rashtriya Jansambhawana Party got 1,709 votes, Deeraj Malakar (Independent 529 votes, Lalu Prasad Yadav (Independent) 644 votes, Sunil Kumar (Independent) 1,133 votes and NOTA 2,470 votes in Mokama.