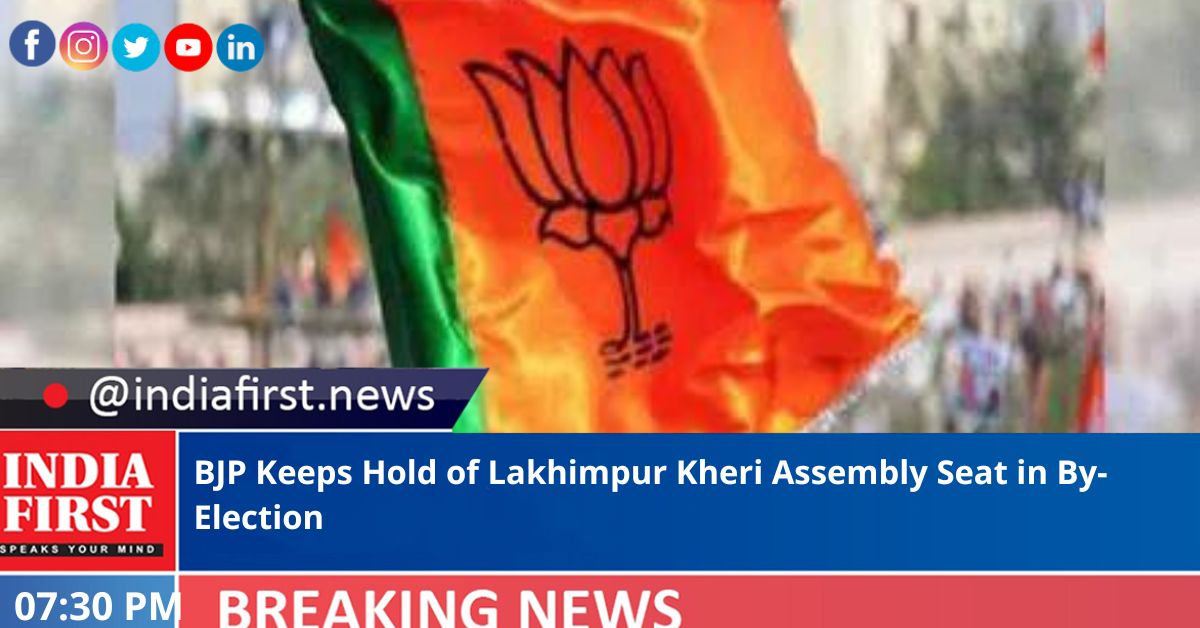 The BJP won the by-election in Gola Gokarannath Assembly seat in Lakhimpur Kheri with a margin of over 30,000 votes, defeating his rival, Vinay Tiwari of the Samajwadi Party.

The Gola Gokarannath seat had been won by the BJP in 2017 and the seat became vacant following the death of the BJP MLA Arvind Giri in September.

The BJP had campaigned aggressively in this by-election to maintain its winning spree and Chief Minister Yogi Adityanath had also addressed an election rally here.

Aman Giri said that his victory was a tribute to his late father and also a seal of approval on the governance and policies of Chief Minister Yogi Adityanath.

For the Samajwadi Party, this is the third jolt in a row this year.

After losing Rampur and Azamgarh Lok Sabha seats to the BJP in the by-elections, the Samajwadi party could not win the Lakhimpur bypoll even though the Congress and BSP had kept out of the fray.

SP president Akhilesh Yadav had not even campaigned for his party here.

The Samajwadi candidate Vinay Tiwari, meanwhile said that the party had maintained that it was not the BJP but the state government which was fighting the elections.

“We even wrote to the Election Commission that officers belonging to a particular caste were being sent on forced leave to influence the elections but no one listened to us,” he said.