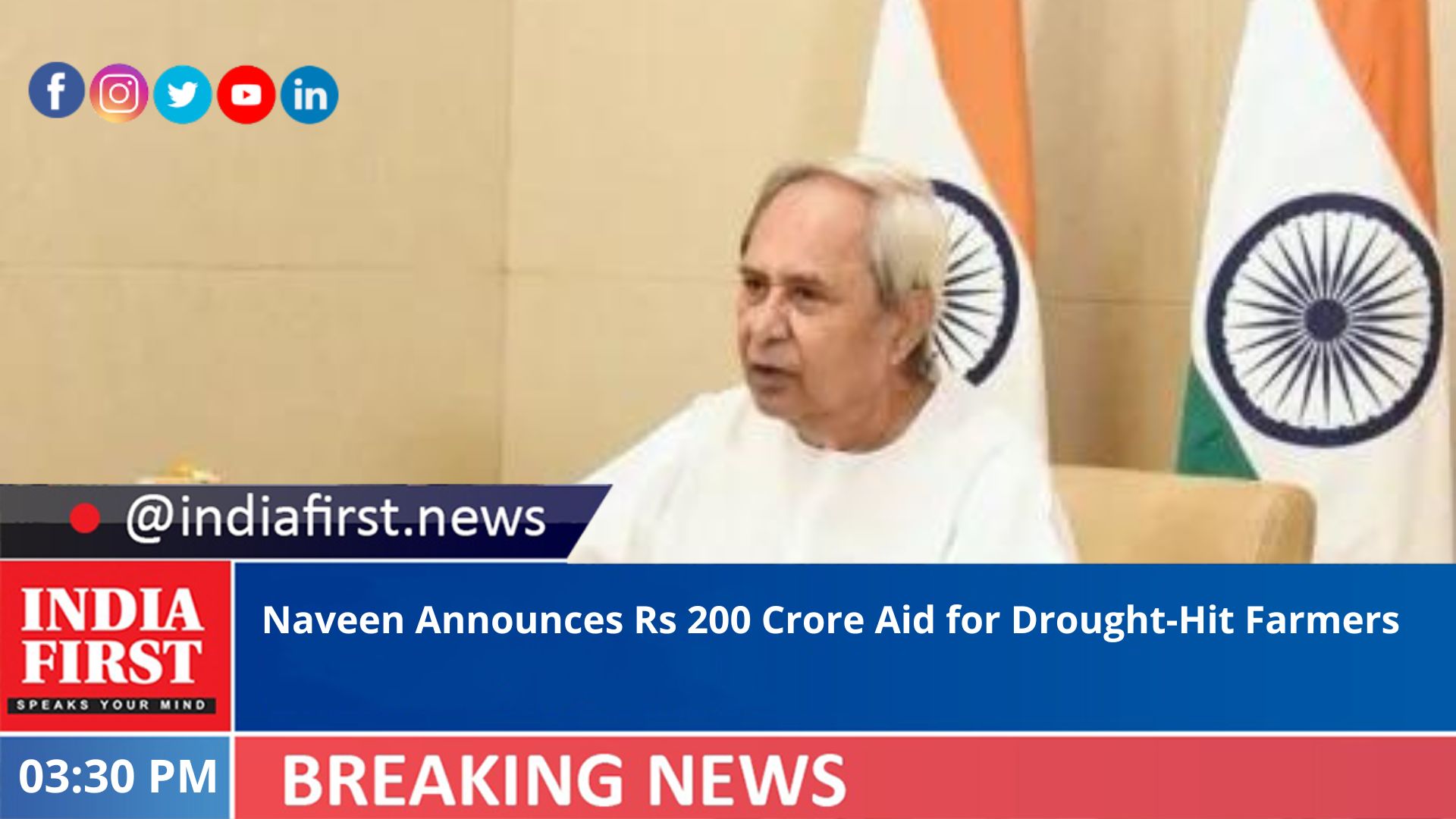 Ahead of the Padampur by-election, Odisha Chief Minister Naveen Patnaik on Tuesday announced input assistance of about Rs 200 crore for the distressed farmers in the drought affected areas of the state.

The announcement came in the wake of protesst by farmers of Padampur assembly segment in Bargarh district. They are staging protests demanding input subsidy and claims under the Pradhan Mantri Fasal Bima Yojana (PMFBY) for the crop loss they suffered during Kharif 2021. They have also approached all political parties not to take part in the by-poll until their demands are fulfilled.

As per reports, about 2,63,560 hectares of crop land in 64 blocks and 15 urban local bodies (ULBs) of 12 districts of Odisha have suffered crop loss of 33 percent and above, official sources said.

So far, many of the affected farmers have not received their crop insurance dues despite continuous follow up by the state government with the technical advisory committee under the Ministry of Agriculture & Farmers Welfare, Central government, they said.

Considering the gravity of the situation, the demands of the affected farmers and crop loss reports by the collectors, the Chief Minister has decided to provide assistance out of the state’s own resources.

The collectors of the affected districts have been directed to submit the requirement of funds to the Special Relief Commissioner (SRC) and take appropriate steps for immediate disbursement of assistance. It is estimated that about Rs 200 crore will be disbursed to overcome the distress of the farmers, the officials informed.

Union Agriculture Minister Narendra Singh Tomar said that his cabinet colleague Dharmendra Pradhan has discussed with him about the pending PMFBY claims of Bargarh farmers.

A decision in this regard has been given by the technical advisory committee constituted under the government of India and the concerned insurance companies, he said.

The Odisha government has also been instructed to issue claims with immediate effect. The central government is committed to clear the claims of farmers at the earliest, Tomar assured.

On the request of the farmers, BJP candidate Pradip Purohit returned from the returning officer’s office without filing his nomination on Monday. Pradhan had met the agitating farmers in the office premises.

Reacting to the tweets made by Tomar, senior BJD leader and Rajya Sabha MP Sasmit Patra said it is clear now from your tweet that the pending crop insurance of farmers of Bargarh and especially Padampur were pending all this while with the Centre. Now the Union Minister is asking insurance companies to pay.

“You are aware that payment is cleared by the Centre and insurance companies pay, the state does not have any role. Would have been better if the Centre had taken this decision earlier. Thousands of farmers of Bargarh and Padampur would not have had to suffer for so long,” Patra said.

The MP urged the Union Minister to clear all pending PMFBY claims for all farmers of Odisha and not only Padampur as they were also suffering for long.