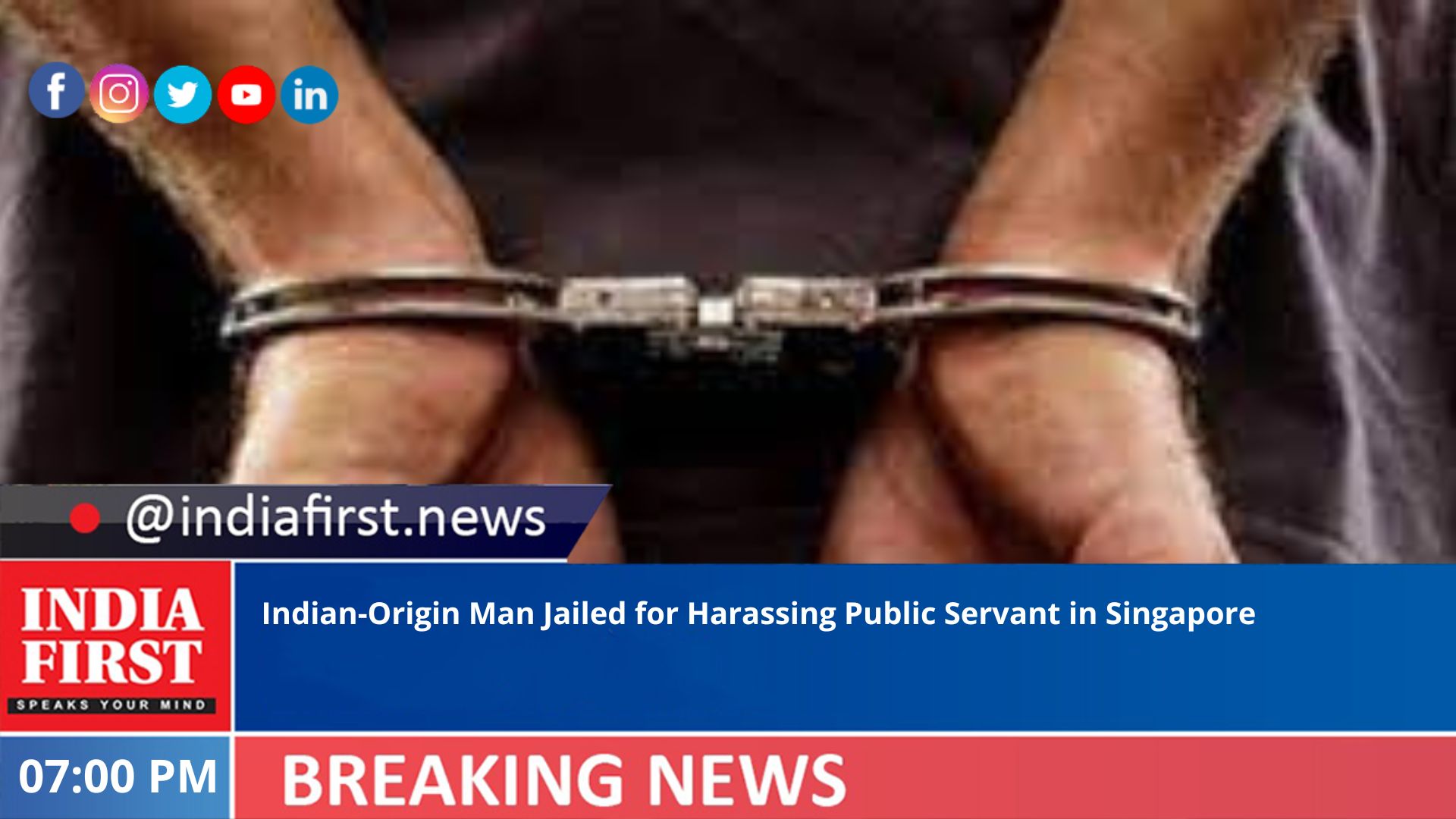 An Indian-origin man, who was imprisoned for shouting “corona, corona” during the pandemic, has been jailed again for seven months for harassment and using criminal force against a public servant in Singapore.

Jasvinder Singh Mehar Singh, 54, pleaded guilty on Wednesday to two counts of harassment and one count of using criminal force on a public servant.

Singh had gone to Changi General Hospital’s accident and emergency department on August 22 to seek treatment for a condition, Deputy Public Prosecutor Stephanie Koh was quoted as saying in The Straits Times.

Sitting on a wheelchair, he pulled a 25 year-old auxiliary policewoman’s staff pass that was then attached to a lanyard around her neck, Koh informed the court.

An agitated Singh was heard shouting vulgarities and threw his belongings on the floor, thus annoying the hospital staff and other patients.

“The accused also caused damage to the intravenous pole of the hospital wheelchair that he was using,” Koh told the court.

Cops who were called to the scene immediately after the ruckus discovered that Singh reeked of alcohol.

He was also heard hurling vulgarities at a male nurse who tried to help him.

“You watch out outside. I will remember you and will wallop you up,” Singh told the nurse.

He also used vulgar language against the investigating officer who turned up to record a statement, The Straits Times reported.

When the policeman told Singh that he was going to serve him charges for offences, including using criminal force on a public servant, Singh abused him and declined to give statement, the report said.

For each count of harassment, an offender can be jailed for up to a year and fined up to $5,000 in Singapore.

In 2020, he yelled “corona corona”, smashed a plate and spat onto the floor of Azur restaurant at the Crowne Plaza Changi Airport hotel after a waitress told him that the eatery was closed.

He was sentenced to two months’ jail after being convicted of one count each of committing a rash act and being a public nuisance.

He was also ordered to spend an additional 55 days behind bars at the time, as he had breached a remission order in 2020.

He spent 13 weeks and 12 days behind bars in August 2021 for hurting religious sentiments of a person and being drunk in public.