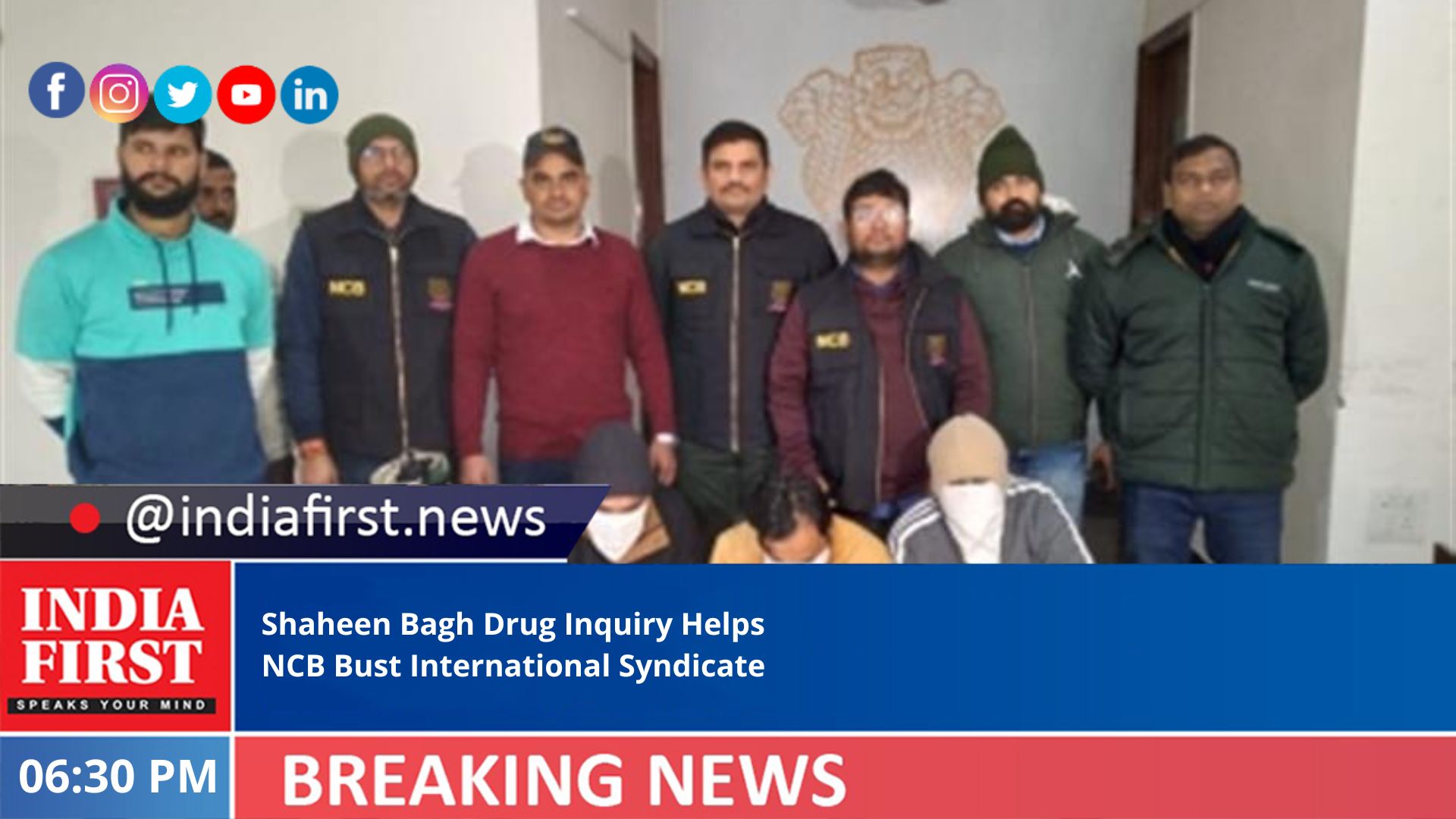 An ongoing probe in a drug racket case of Delhi’s Shaheen Bagh led the Narcotics Control Bureau (NCB) to bust an entire international drug syndicate that had connections with Punjab, Muzaffarnagar in Uttar Pradesh, Pakistan and Afghanistan.

The NCB, Chandigarh zone during a special drive against the international drug syndicate in Punjab detected the connections after inputs from the Shaheen Bagh case, which was registered by the NCB in April, 2022.

“The investigation of Shaheen Bagh led us to bust the entire International drug syndicate. We have found connection in our cases of Shaheen Bagh, Muzaffarnagar with Customs’ case of Attari. Zaidy Haider Raji is the main accused, he sent the entire consignment of drugs,” said NCB’s deputy director general (DDG) Gyaneshwar Singh.

As of now NCB has arrested 16 persons of the international syndicate which were pumping drugs into India.

A total of 34 kg heroin, 23 kg narcotics powder, and other drugs have been seized in the last one year under this operation.

Five were arrested in the case in January, who have been identified as Amandeep Chania, Gurmail Singh alias Garry, Rawaljeet alias Rawal Wadala, Zaidy Haider Raji and Md. Imran. The NCB had been working on the case for over a year.

On November 15, 2022, NCB’s Chandigarh Zonal Unit had busted an international heroin syndicate having a hub in Ludhiana district of Punjab. The NCB seized 20.326 kg heroin from the conscious possession of accused Sandeep Singh.

The DDG said that during the follow-up raids the NCB completely busted the entire chain of this international drug syndicate operating from Ludhiana. Two clandestine labs where the processing of heroin was done by Afghan nationals in Ludhiana was also sealed.

Gyaneshwar Singh said that this operation was fuelled by inter-agency co-operation and various Central agencies, including various zones of NCB and Counter Intelligence Punjab Police played a crucial role in this operation. Further in this operation NIDAAN (National Integrated Database on Arrested Narco Offenders) & ICJS (Inter-operable Criminal Justice System) were extensively used to trace the accused of this international drug syndicate.

As this international drug syndicate is spread across various countries like Afghanistan, Pakistan and different states across India, a special investigation team under Amanjit Singh, Zonal Director, NCB-Chandigarh was formed.

“Specialised Financial Investigation & Technical Investigation teams have also been formed in this case. More than 60 bank accounts relating to this group have been debit-freezed and freezing orders under the NDPS Act, are under consideration,” said the DDG.

In total, 30 properties purchased by this international drug syndicate from the drug money have been identified and necessary actions were being taken against them.

“It has come to light during the investigation that this group was operating nightclubs and restaurants in the tri city region, which is being inquired into in detail. Also various other front businesses of this international drug syndicate like liquor vends, rice mill, ghee business and different agencies of reputed brands and role of their associates are being inquired into,” the DDG said.