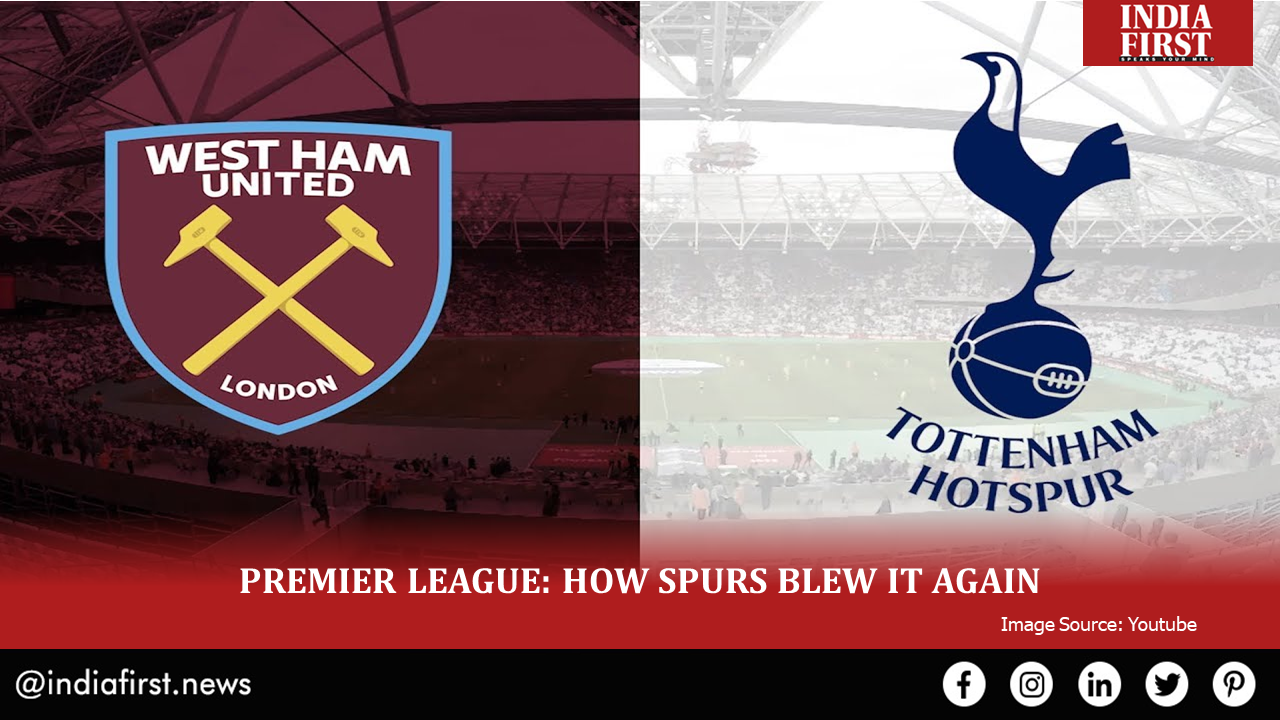 In the recent match between Tottenham Hotpur and West Ham, the former ended up throwing away a three-goal lead, making it the second league game where the team lost its chance of converting a comfortable lead to a Premier League win.

Dropping from a possible win to a sad draw, Tottenham was left grasping at thin air instead of clutching the game in its hands. The team which had a seemingly unassailable lead on West Ham shockingly lost it after the 72nd minute, which eventually led to an embarrassing collapse of its defence and resulted in the scoring of three back-to-back goals by West Ham to level the final score up to 3-3. Having a great start with Son Heung-min scoring in the first minute, the Spurs were sitting on a comfortable lead by the 16th minute, thanks to the two goals scored early on by Harry Kane.

To West Ham’s credit, the team scripted an impressive comeback only made possible by collective teamwork that overcame one of the most difficult leads in the second half. The team scored one goal after another, starting with a distant shot from Manuel Lanzini to Fabiŕn Balbuena’s header that brought the goal tally up to 3-2. It was Davinson Sŕnchez’s own-goal in the last leg of the game that levelled the score for West Ham.

The tragedy of the game is that not only Tottenham lost a solid lead, but the team’s star player Gareth Bale, who is loaned from Real Madrid for this season, was benched for the first half and could not score the fourth goal for Tottenham despite having the chance to do so.

Assisted by Kane, Bale was almost too deep inside the penalty area when he attempted a fourth goal but unfortunately, the shot missed its mark by a wide margin. Bale, who has returned to Tottenham after a seven-year gap, could not even celebrate his first game with his old team as the match went to the dumps for Tottenham.

This is the second time that Tottenham has lost a lead to finish a game with a draw, after ending the game against Newcastle with a final score of 1-1 three weeks ago.

Bale, who is known for his goal making abilities and flexibility on the field, might have added one or two more goals to Tottenham’s tally to take the game to a fruitful finish if he had not been benched for the first half of the game, incidentally his first one with the team in seven years.

While expressing his disbelief at the team’s collapse and the throwing away of the lead by its weak defence, Tottenham manager Jose Mourinho defended his decision to bench Bale stating that it was important to show Bale that he was just like any other team member and has to fight his way into the team and prove himself as a Tottenham player.

Tottenham will be looking forward to redemption from these setbacks in its next league match of the Premier League.