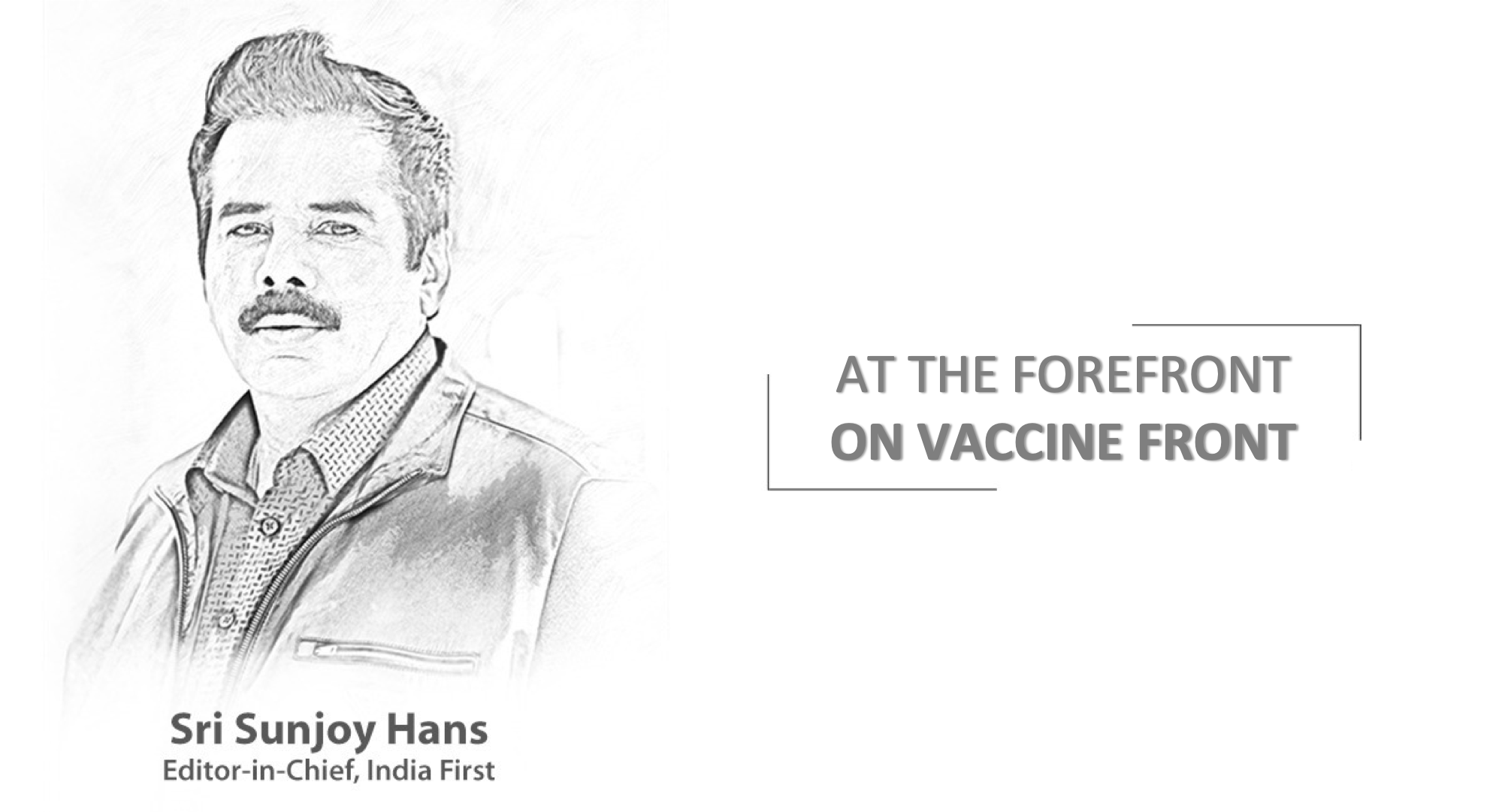 As the battle against coronavirus appears to be entering its final and the most crucial phase, Chief Minister Naveen Patnaik is not only doing his best to bring down the number of COVID-19 cases and casualties in the state but is also taking concrete steps to keep Odisha ahead of others on the vaccine front. Acting under his express instructions, the government has made a definitive move for setting up an advanced vaccine manufacturing unit on the outskirts of the capital city with an investment of Rs 300 crore.

The Hyderabad-based Bharat Biotech International Limited (BBIL) will be setting up the unit at Andharua to produce 10 types of vaccines, including ones for malaria and COVID-19. This is great news not only for the people of Odisha but the entire country as the nation eagerly awaits an effective vaccine against the disease which is playing havoc with the world.

Being an extremely crucial project, its progress was reviewed at a high-level meeting the other day by chief secretary Asit Tripathy, who is reported to have directed officials to ensure that ground-level construction work begins within a fortnight and production in the unit commences on schedule. The government is committed to providing required support to the company.

The move once again demonstrates the five-time Chief Minister’s farsightedness and his ability to act faster than his counterparts in other Indian states when it comes to protecting the health of his people. He was first off the blocks in planning countermeasures against the corona pandemic. Apart from giving special powers to officials and even village sarpanches to deal with the situation, he set up the country’s first dedicated COVID-19 hospitals in Odisha.

Patnaik was quick to realize the importance of involving the private sector in the fight against the virus. Supported by the government, private hospitals in the state have played a significant role in the treatment of corona patients. Their role in the use of plasma therapy to bring relief to people suffering from COVID-19 has been equally commendable.

All this has been possible because of the vision of a Chief Minister who believes in planning in advance and executing plans in a timely and precise manner. Leading the battle against COVID-19 from the front, he has been reviewing the situation in the state on a regular basis, offering suggestions and issuing directions where necessary.

When he realized that people in the twin cities of Cuttack and Bhubaneswar were not strictly following the COVID guidelines issued by the government, he immediately asked the police to act tough against the violators. This helped bring the situation under control. The last few months have proved that Patnaik’s advice in such matters has always been timely and useful. Thanks to his efforts, Odisha is today much better placed than most other Indian states on the COVID-19 management front.