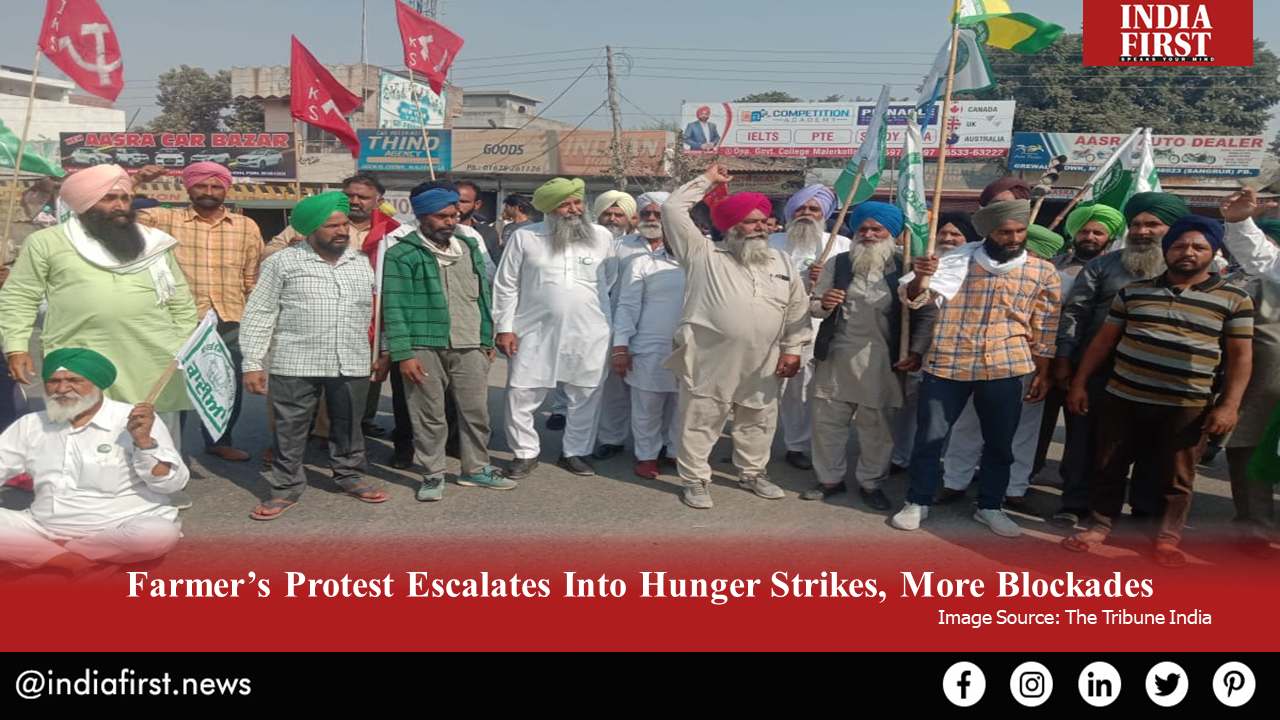 After multiple rounds of dialogue between the protesting farmers and the Centre failed to resolve their issues, the farmers have escalated the agitation by blockading major highways and toll plazas. Expressing their disapproval of the government’s refusal to withdraw the new farm laws, the farmer leaders sat on hunger strike on December 14, which was also accompanied by protest rallies and dharnas around the country.

Delhi Chief Minister and AAP chief Arvind Kejriwal also went on a day-long hunger strike in support of the farmers following his appeal to the Narendra Modi government to scrap the legislation for the farmers’ sake. The protests are continuing and getting stronger by the day as farmers from other parts of the country are arriving at the Singhu- Tikri borders to join the Punjab farmers in their cause.

Seeing the massive support for them, the Centre is again trying to hold talks with the farmers’ leaders and is hopeful that the issues raised by the farmers will be resolved soon enough for the protests to end peacefully.

On the other hand, the government continues to face criticism from opposition parties regarding its handling of the protests as the protesting farmers were brutally checked at the Singhu and Tikri borders by the police. The farmers had to face water cannons and lathi charges in order to be stopped from entering Delhi. They continue to be camped at the borders, braving a harsh winter and improper living conditions.

Protesters from Rajasthan and Haryana also joined the farmers in protest as they started marching towards Delhi from December 13 and were camped at the Rewari border of Haryana. The farmers continue to block the Delhi-Jaipur Highway and the president of Kisan Mahapanchayat said the hunger strike on December 14 was held as a sign of peaceful protests and as a tribute to the 11 protesters who have died since the protests started.

Even though the government, including the Prime Minister, has tried to reassure the farmers that the farm laws are beneficial for them, the farmers have employed different methods to challenge the laws. The Bharatiya Kisan Union, for example, has filed a petition in the Supreme Court of India seeking a withdrawal of the laws. The apex court has already notified the government regarding the legal challenges that have been raised against the farm laws.

The hunger strikes as well as the mounting support for the protesting farmers is increasing the pressure on the government to peacefully resolve their issues. However, it is yet to be seen whether the government will bow to the demands of repealing the new farm laws.