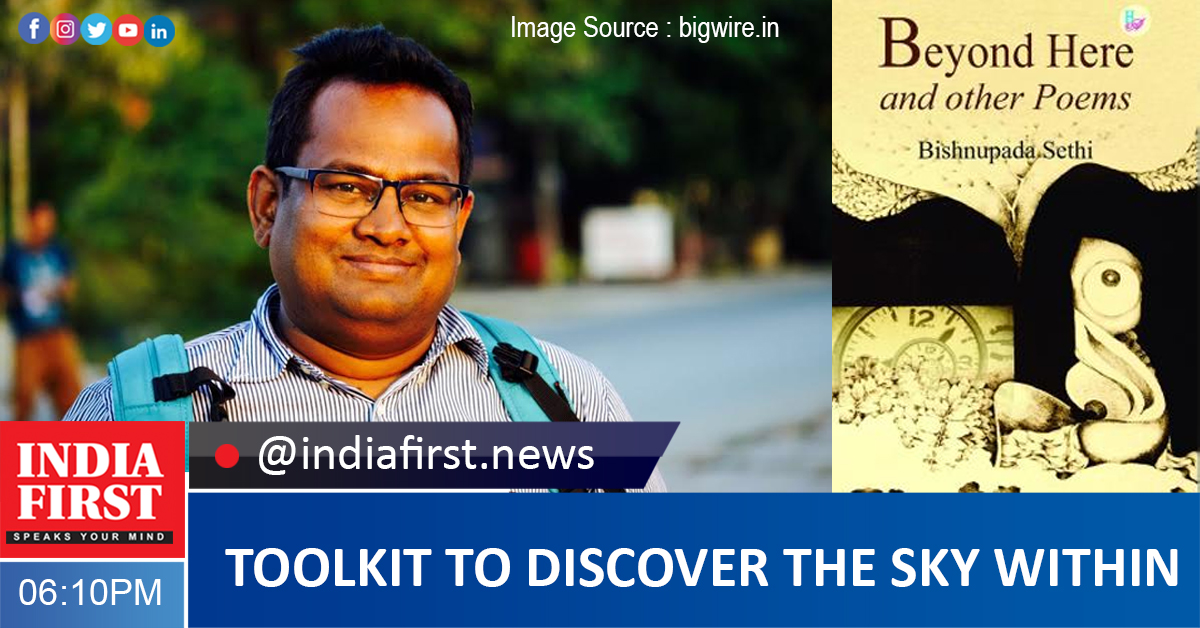 ‘Beyond Here and other Poems’ is the fourth compilation of poetry by Mr. Bishnupada Sethi. His other compilations are ‘Where shall I go’, ‘My World of Words’ and ‘Beyond Feelings’, which have received much appreciation and critical acclaim in the past. His poems have the aroma of wild jasmine and evoke feelings akin to those associated with the first shower of monsoon.

What makes the present compilation different is a basket of emotions linked to the unknown. The poems are humble, but remarkable in expression. The poet’s canvas, just like his previous works, extends beyond the present.

Everyday experiences weaved with an aura of mysticism take the writings to a different realm where one is perpetually a child, ever wondering and asking; where one is surrounded by relationships and elements, yet feeling lonesome while carrying life’s baggage all along; where identities and emotions disappear with lines etched out in charcoal.

‘Beyond Here and other Poems’ is also about death, about realising death while living, about seamlessly drifting into another realm. The poems reflect the rhythms of the heart. Guileless, innocent, sparkling and at the same time disturbing and deep. Reading those poems was also like watching a rainbow – both in its construction and decay.

Sans similes and metaphors, it could feel like walking into one’s own life while deeply engrossed in the poet’s world. The book of poems is a toolkit to discover the sky within – one’s very own sky, with all its grandeur, its stars, clouds, thunders, storms, and somewhere a splendid rainbow when the clouds clear.

It is introspective as it assures of some superintelligent entity who takes care of everything. The poet, a devout follower of the Mahima cult, seems to have been deeply influenced by the philosophy of the great saint-poet of 19th century. (Like millions of humans, I believe / Nothing is possible if / You were not the cause / You exist here and there/ Everywhere in everything.)

One of the few bilingual writers of Odisha, Mr Sethi has carved a niche for himself with the distinct overtone of equanimity and poise in his writings. May be this life is not enough, but there is always a possibility to go beyond. Like many other poems of our times, his poems are not mere engineering of words, but a pure and direct engagement with human emotions.

Published by Har-Anand publications, New-Delhi, ‘Beyond Here and other Poems’ makes an immersive and compelling read.