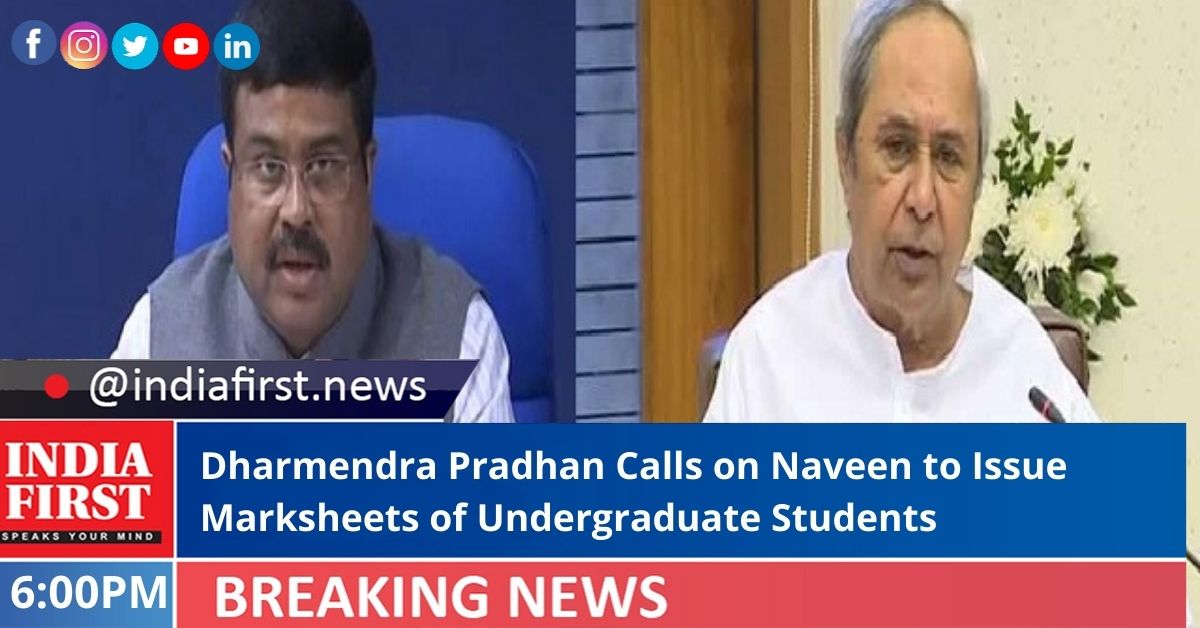 In a letter to Patnaik, the minister said that the UG students have appeared for the sixth semester examination through online mode in the first and second week of August. However, they have not been provided their final semester marksheets and the results are expected to be declared later in the month of September, 2021.

“Despite repeated pleas to colleges and State education authorities, these students have not been provided provisional marksheet. I am also in receipt of multiple grievances in this regard from the student community in Odisha,” Pradhan said.

He further said that the late publication of provisional result/non-issuance of marksheet is causing great suffering and jeopardizing the career prospects of the students as they are required to submit these documents for seeking postgraduate (PG) admission in various State and Central universities outside Odisha.

Pradhan said Odisha students have already missed the datelines of Central University of Mizoram and Bharathiar University. At the same time, the last date for admission to Mumbai University, Kumaun University and other universities is fast-approaching.

Thus, he has urged the CM to issue the final mark sheets or even the attested provisional mark sheets of the sixth-semester UG students so that they can pursue PG courses in various State and central universities in India.