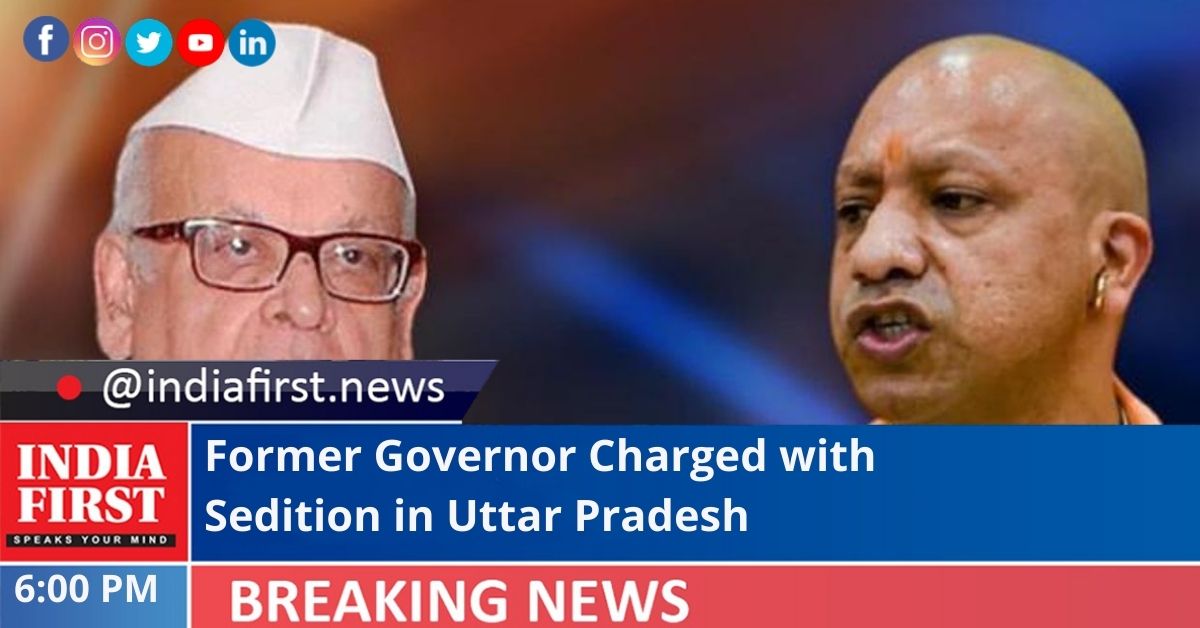 Former Governor Aziz Qureshi has been booked for sedition by the Uttar Pradesh Police for his alleged derogatory remarks against Chief Minister Yogi Adityanath.

The FIR was registered on the complaint of BJP leader Akash Saxena at Civil Lines police station in Rampur district yesterday night.

Qureshi, 81, who was a senior Congress member, had also served as the Governor of Mizoram in 2014-15.

He was in Rampur to meet Samajwadi Party leader Mohd Azam Khan’s wife Tanzeen Fatima at her residence on September 4.

Later, while addressing the media, he had allegedly compared the Yogi government with “demons”.

Akash Saxena, in his complaint to police, also said the “remark made by Qureshi is getting traction on social media which can create tension between two communities and even lead to communal riots”.

Qureshi has been booked under Sections 153A (promoting enmity between two groups on ground of religion, race, etc.), 153B (imputations, assertions prejudicial to national integration), 124A (sedition) and 505 1B-(intent to cause fear or alarm to the public).

According to Rampur’s Additional Superintendent of Police (ASP) Sansaar Singh, “The complaint was lodged by Akash Saxena against former UP governor Aziz Queshi and after initial investigation the FIR was registered under relevant sections. We will take further action as per the law.”