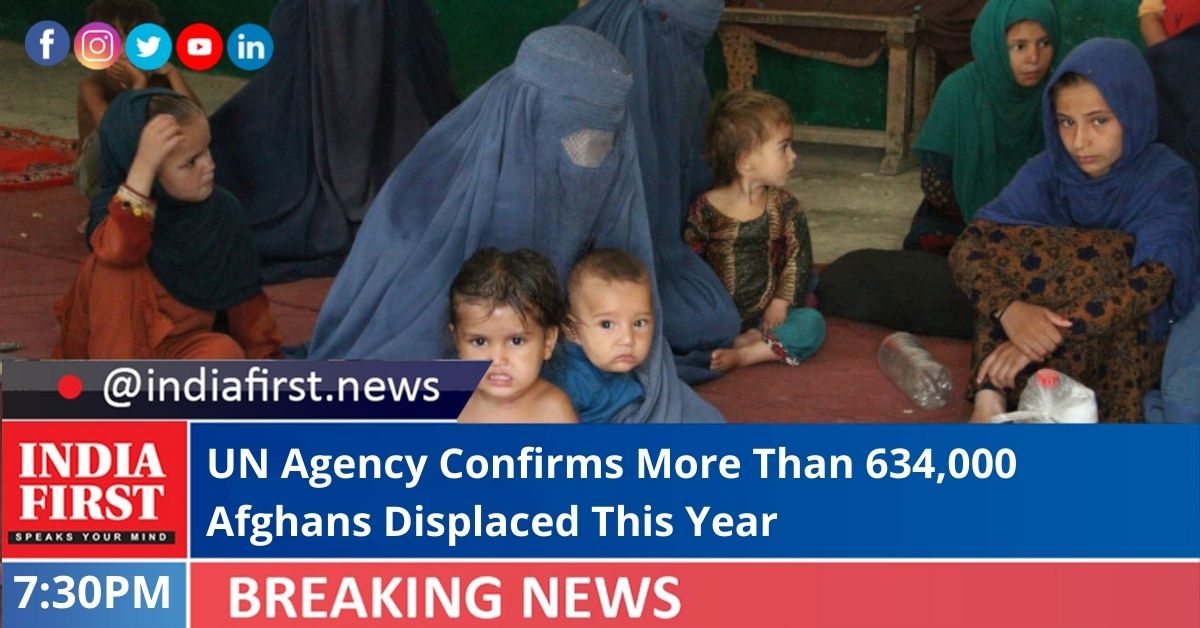 More than 634,000 Afghans have been internally displaced by conflicts in 2021, the UN Office for the Coordination of Humanitarian Affairs (OCHA) in the war-torn nation said today.

A total of 634,800 people had been verified as having been displaced by conflicts as of September 12, 2021, out of which 282,246 displaced people had received assistance, OCHA said in a report.

The report came as the security situation in Afghanistan remains stable since the Taliban’s takeover of the country in mid-August.

Afghan officials and humanitarian agencies have expressed concern over the living condition of the displaced families in the country since the it affected the life of women and children as they do not have access to health facilities and schooling.

More than 28,000 Afghans have been also affected by natural disasters across Afghanistan starting this year, according to the figures provided by OCHA.

On September 13, UN Secretary-General Antonio Guterres said the possibility of a complete economic collapse in Afghanistan was “serious” and highlighted an urgent need for funding support at a high-level ministerial meeting on Afghanistan’s humanitarian situation in Geneva.

On September 14, the UN appealed to the countries pledging US$1.2 billion in relief for Afghanistan to take action quickly.