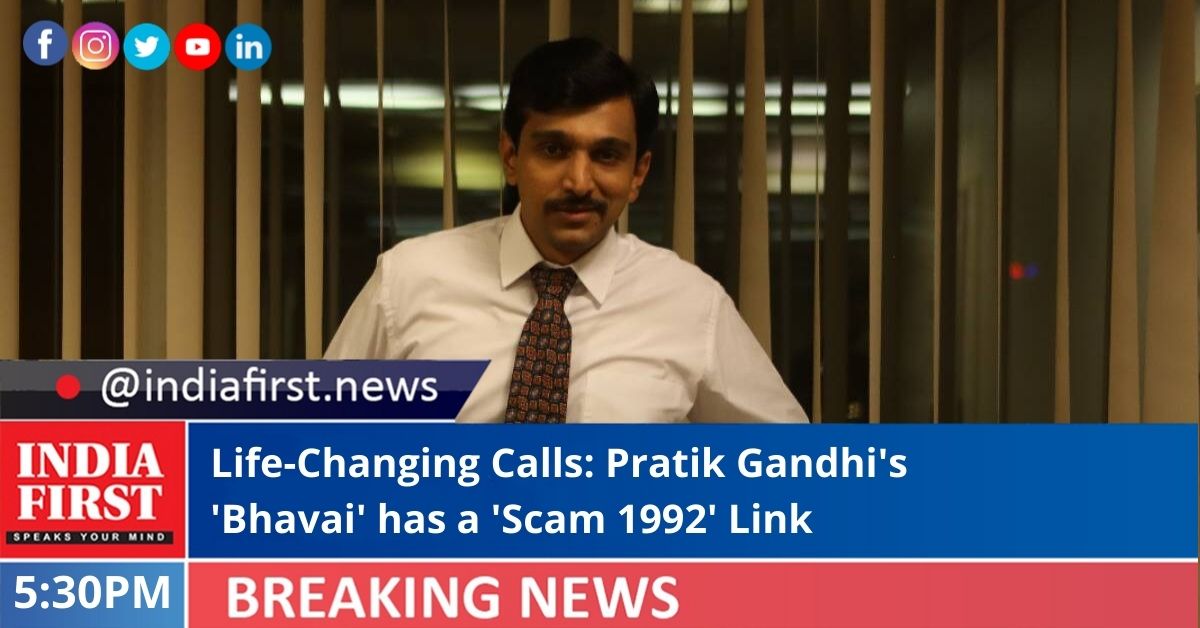 Actor Pratik Gandhi, who became an overnight sensation with his portrayal of Harshad Mehta in the series ‘Scam 1992’, has revealed that while shooting for his upcoming film ‘Bhavai’, he got two calls that changed his life forever.

“This film is very special to me because this film happened before ‘Scam 1992’ and while shooting for this film I got a call from Hansal Mehta saying ‘whenever you are back in Bombay, let’s meet up’ and that is how ‘Scam’ happened,” Pratik said during a chat.

He said while shooting for this film he got two calls that turned his life completely.

Pratik added: “I precisely remember that two calls came during the shoot of this film that changed my life forever. One was Hansal Mehta’s call while we were shooting in Bhuj and another call that came from my home about my dad’s ill health and eventually in six months I lost him.

“The two calls are connected to this film and I will remember this in my lifetime.”