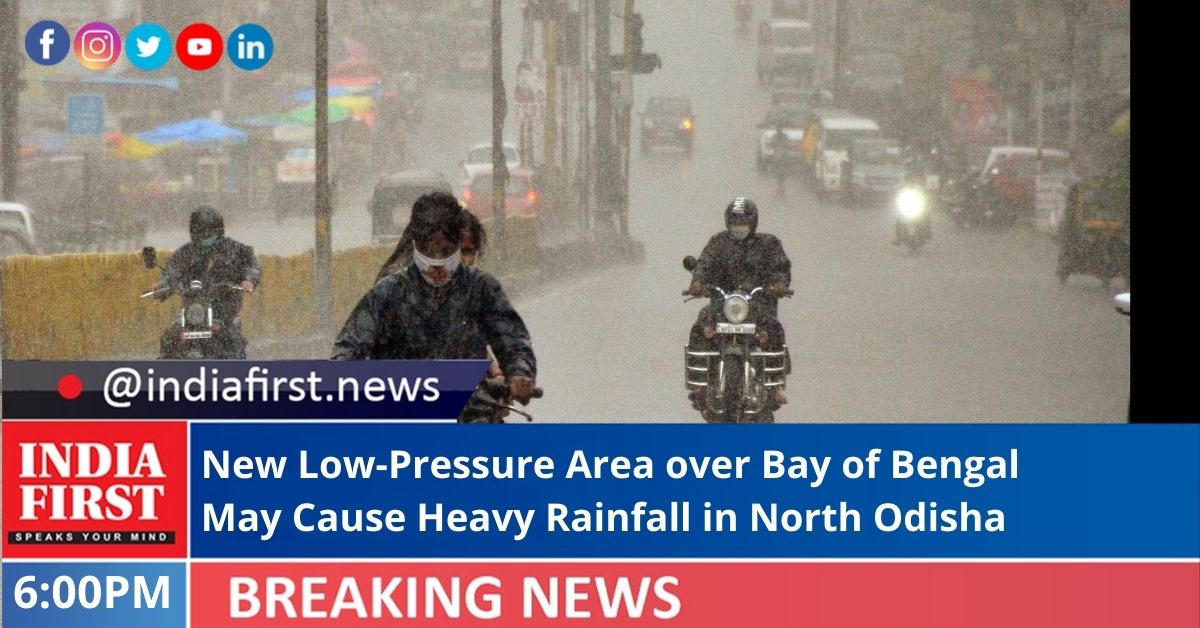 Some places of north Odisha will experience heavy rains till September 30 under the influence of a fresh low-pressure area that has formed over northwest Bay of Bengal, the India Meteorological Department (IMD) said.

In a special bulletin, the Bhubaneswar Centre of the IMD said: “Under the influence of the cyclonic circulation over northeast & adjoining east central Bay of Bengal, a low-pressure area was formed over northwest Bay of Bengal & adjoining coastal areas of West Bengal.”

The associated cyclonic circulation extends up to mid tropospheric levels. It is likely to become more marked during the next 24 hours, it said.

Under the impact of the low-pressure area, heavy rainfall is very likely to occur at one or two places of Balasore, Mayurbhanj, Bhadrak, Jajpur and Kendrapada districts on Tuesday.

The Met centre has warned that problems like water-logging in low-lying areas, temporary disruption of municipal services, traffic congestion in urban areas and rise of water level of Burhabalang and Subarnarekha may occur due to the heavy rainfall. Some damages to horticultural crops may also occur, it said.