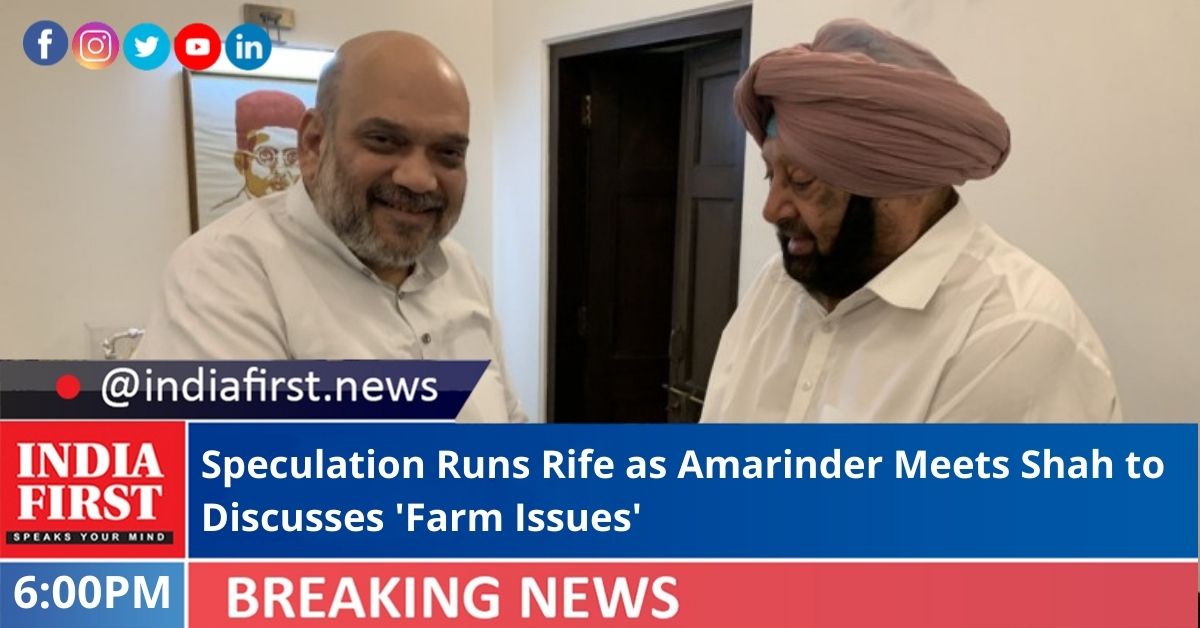 Since September 28, speculation was doing the rounds about a likely meeting between the two leaders.

However, Singh’s media advisor Raveen Thukral had then denied the former meeting Shah and BJP chief J.P. Nadda, saying he’s on a personal visit to Delhi to meet ‘some friends’.

Yesterday, Singh tweeted after the meeting with Shah: “Met Union Home Minister @AmitShah in Delhi. Discussed the prolonged farmers’ agitation against #FarmLaws & urged him to resolve the crisis urgently with repeal of the laws & guarantee MSP, besides supporting Punjab in crop diversification.”

Sources said that both the leaders discussed several issues, including national security, farmers’ agitation and the current political situation in Punjab.

There is also speculation that Singh, who was recently asked to resign as Punjab Chief Minister by the Congress leadership, may join the saffron party or float his own outfit. The BJP is ready to welcome him, saying Singh is a nationalist and all nationalists are welcomed in the party.

The BJP leaders, however, are tight-lipped about Singh joining the party. A party leader said that the decision, if any, will be taken by the central leadership and it will be communicated to everyone at an appropriate time.

When asked whether Singh will join the BJP, the party’s national general secretary and Punjab in-charge Dusyant Gautam said, “Let’s see. All those who talk in the national interest are welcome to join the party.”

Sources said that the main agenda of discussion during Wednesday’s meeting was the ongoing farmers’ protest in the Punjab.

“Singh can play an important role in pacifying the farmers, who are protesting for almost a year against the three farm laws. He can also convince them to end the ongoing protest,” the sources said.