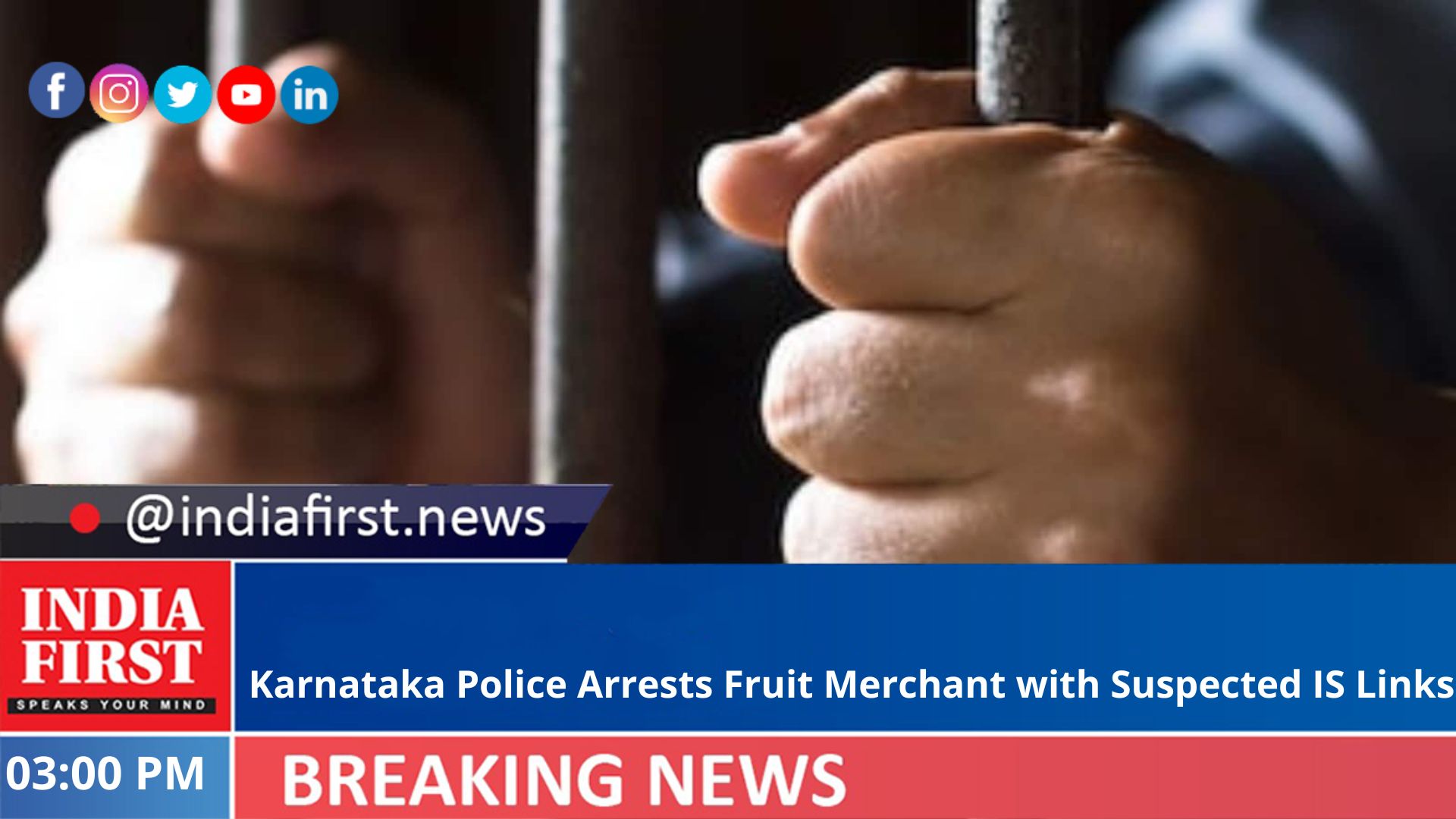 A fruit merchant with suspected links with the Islamic State (IS) terror group was arrested in Karnataka’s Koppal district, police said on Monday.

The arrested person was identified as Shabbir Mandalagiri, a resident of Binnigida region in Gangavathy town, where he worked.

According to the police, Mandalagiri had ties with Maaz Munir and Syed Yasin, the two terror suspects who were arrested earlier.

Mandalagiri’s residence was raided on Sunday midnight after which he was arrested, the police added.

Meanwhile, the Shivamogga police investigating the case have intensified operations to nab Mohammad Shariq, a cloth salesman, who is the kingpin in Karnataka.

Shariq managed to escape after the arrest of Maaz Munir and Syed Yasin.

The arrested terror suspects confessed to having conducted trial blasts successfully on the banks of Tunga Bhadra River and burnt Indian flag.

They wanted to establish a caliphate in India by overthrowing the present Central government, said the police.

They radicalised educated youth to raise their voices to establish an Islamic state in India.

Investigations have also revealed that the accused wanted to implement the Sharia law.

The accused came into the limelight after the arrest of Jabiulla in connection with a stabbing case following the row over the Veer Savarkar flex row in Shivamogga.