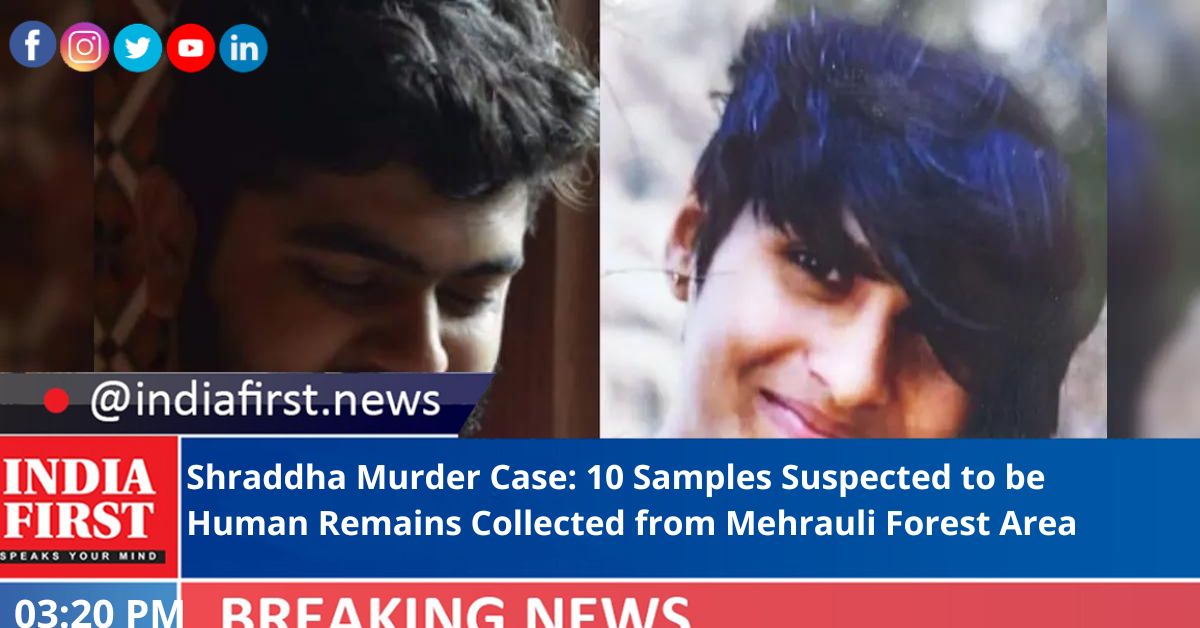 In its ongoing search to recover the remains of 27 year-old Shraddha Walkar who was murdered by her live-in partner Aftab Ameen Poonawalla, a Delhi Police team on Tuesday collected 10 samples suspected to be human from the Mehrauli forest area.

Sources said that the samples have been sent for forensic examination, and if they are confirmed to be human, it will be matched with the DNA of the victim’s father.

“Further search is going on to find more evidences,” said the sources

For a second time on Tuesday morning, the police team took Aftab to the Mehrauli forest area to recover the remains of the victim’s body which the accused chopped into 35 pieces.

He was first taken to the area on Monday.

The police said that after chopping the body on May 18, the accused bought a new refrigerator with a large storage capacity the next day and stored the remains in it.

To counter the stench, he lit incense sticks at his home.

Aftab was reportedly inspired by the American crime show ‘Dexter’, which tells the story of a man with homicidal tendencies who lives a double life.

Being a trained chef, the accused was adept at using a knife, according to the sources.

However, the murder weapon is yet to be recovered.

He had thrown the body pieces at various locations over a period of 18 days. To avoid suspicion, he used to leave his house with a body part in a polybag at around 2 a.m.

The matter came to light on November 8 when the victim’s father along with a police team from Palghar, Maharashtra, came to the Mehrauli police station to register a missing complaint.