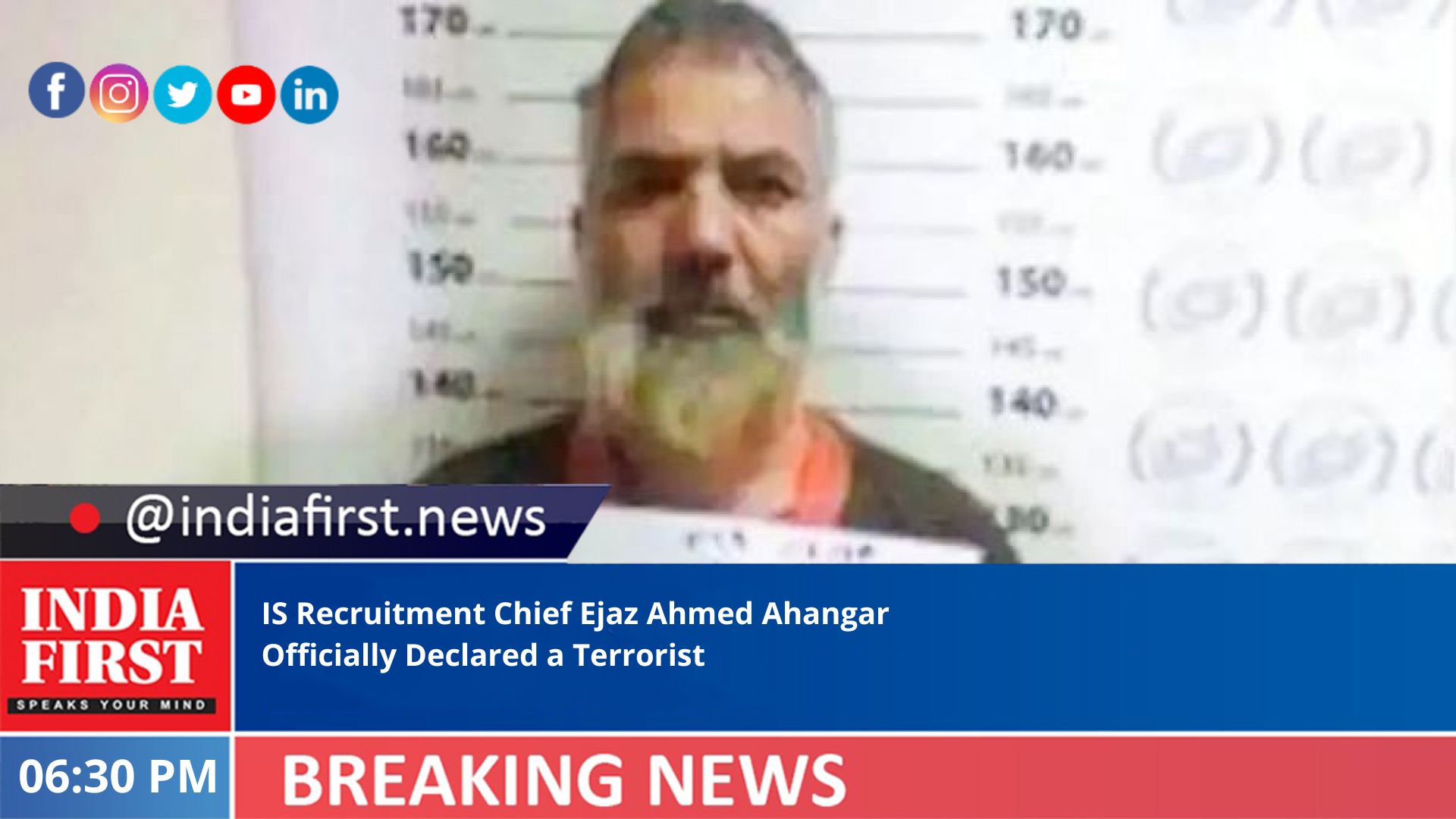 The Union Home Ministry has designated Ejaz Ahmad Ahangar, the recruitment chief of the terror organisation, Islamic State Jammu and Kashmir (ISJK) as a terrorist under the Unlawful Activities (Prevention) Act (UAPA) 1967.

Ahangar has close links with Al-Qaeda and other global terrorist groups.

A notification issued by the Ministry says that the government, using the powers of Section 35 of the UAPA Act, has declared Ahangar alias Abu Usman al-Kashmiri as a terrorist.

The Ministry informed that he was born in 1974 in Nawakadal, Srinagar and currently resides in Afghanistan.

According to the notification, Ahangar is engaged in restarting Islamic State (IS) channels in India.

It stated that Ahangar had been involved in taking Kashmir towards militancy and had started the process of identifying people to include them in his Kashmir based network.

The Home Ministry apprised that Ahangar had been appointed as the head of Islamic State (IS) recruitment in India and was instrumental in launching an online India-centric ISIS propaganda magazine.

It added that he had been a wanted terrorist in the Union Territory for more than two decades and had started making a terror strategy in the region by creating a coordination channel between several terrorist organisations.