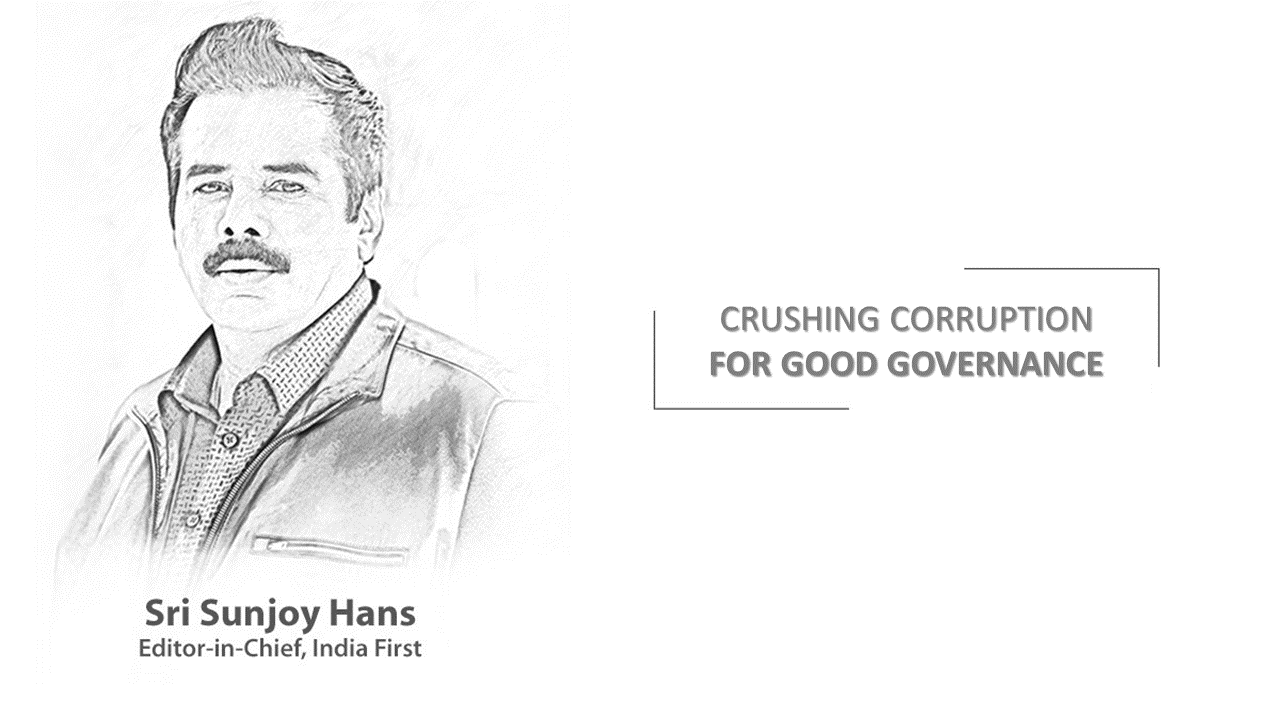 The arrest of an Indian Forest Service (IFS) officer in connection with a disproportionate assets case, following a string of raids by the state vigilance department in different parts of the country, comes as fresh proof of the Odisha government’s determination to wipe out corruption. The officer had strong political connections but nothing could save him as the government was unwilling to make any compromise on such matters.

The Naveen Patnaik administration’s war against corruption has been in focus for the past many years and remains one of the most important factors behind its ever-growing popularity. People have realized that the government does not discriminate when it comes to punishing the corrupt. The state’s law-enforcing agencies act against the accused irrespective of the position he or she enjoys and then the law is allowed to take its course till the matter reaches its logical conclusion.

The five-time Chief Minister has acted not only against bureaucrats but also against politicians, including those belonging to his own party, when corruption charges were brought against them. He has even got rid of ministers in such matters without batting an eyelid. His commitment to providing a clean and transparent government remains firm.

Patnaik developed his famous 5T model of governance with a view to stepping up his war against corruption and making his government more people-friendly. The Mo Sarkar initiative – a key ingredient of the 5T action plan for progress in the state through transparency, teamwork, technology, time and transformation – has succeeded in making police and government officials more responsible and sensitive to the needs of the common people. The Chief Minister himself reviewed the progress of Mo Sarkar in the initial stages by making phone calls to people visiting police stations to seek their feedback. The response from the public was excellent.

Then he turned his attention to the healthcare system, with focus on strengthening the infrastructure at government hospitals and making doctors treat patients with greater care. He sent his long-time private secretary, V K Pandian, who is also rightfully the first 5T secretary of the state, to inspect hospitals in different parts of the state. These visits led to much improvement in the infrastructure and functioning of district hospitals. As a result, people in far-off areas, who used to spend a lot visiting hospitals in cities such as Bhubaneswar and Cuttack, found the health facilities they needed in their own districts.

The improvement in health facilities in districts came as a boon when the coronavirus pandemic hit the state and people required the best possible medical care. The government did not have to face much difficulty in this regard as hospitals in most of the districts already had standard facilities. With the infrastructure in place, the government simply had to ensure its optimal use by deployment of efficient officers. At the state level, however, the government came up with dedicated COVID hospitals, which went a long way in containing the spread of the dreadful virus by offering the best possible treatment to the affected people. The war against corruption has, thus, helped the state in a more ways than one.