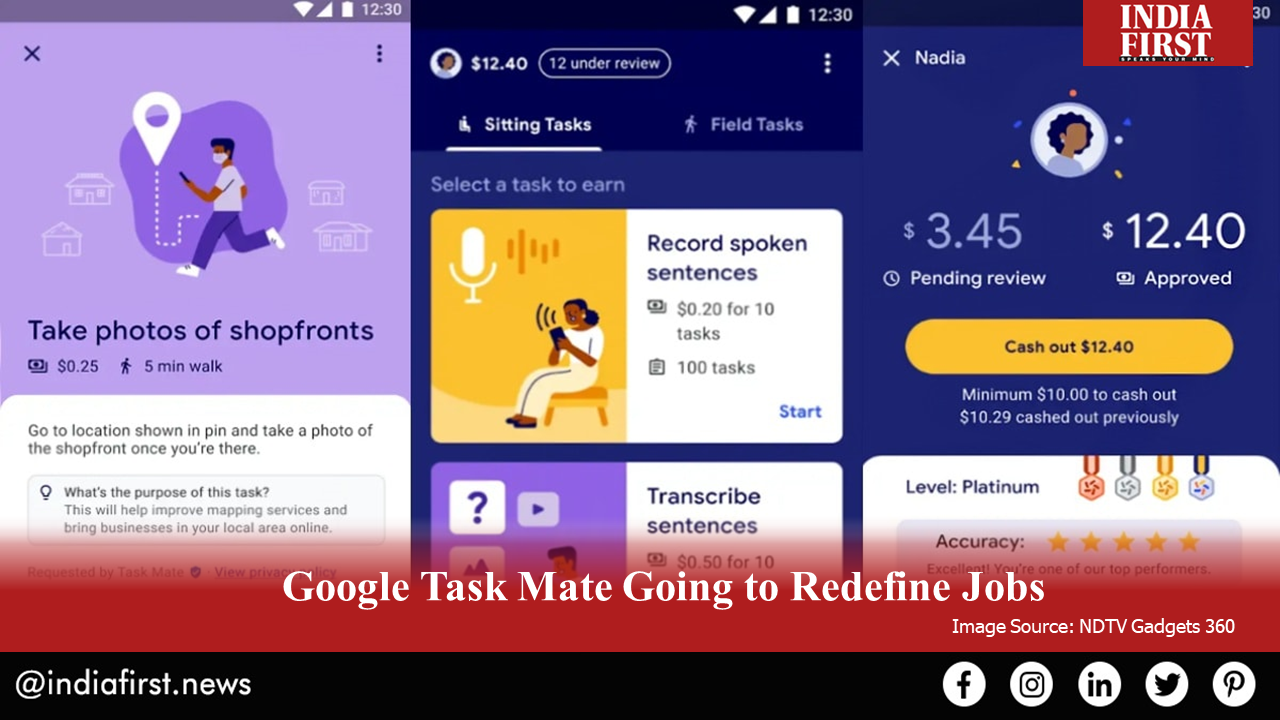 Thanks to Google, the Google Task Mate is now in testing phase in parts of India and will soon be launched in a full-fledged way in the country. The Google Task Mate will be offering small jobs to its users once launched and the users will get paid in return for completing the jobs.

Google usually does this in local currency and the users of Google Task Mate can access the money earned through a third-party app linked with the Task Mate for payment receipt.

The Google Task Mate is an app that partners with businesses across the globe and acts as a platform where businesses and the volunteers connect and make agreements on assignments. The tasks offered on the app range from  clicking photos, translating sentences from one language to another, or delivering products at a particular addresses.

The Task Mate can be beneficial for users as it will let them be in control of the tasks they are interested in doing and pass up the ones they do not want to complete. It also has the added benefit of offering tasks that give users the freedom to complete them at any given time and from anywhere they like. This is a great way to remotely connect people to work at a time when unemployment rates are high and people still have not returned to regular workspaces.

The Google Task Mate will also require its users to visit certain businesses and establishments in their locality and complete tasks in person. It will make it easy for the users to work in their vicinity and find the places they have to work at by showing the right directions to the volunteers. The Task Mate will also show the amount of money the people can make by completing certain tasks which will help them decide whether or not they want to do a particular job. Apart from letting people be in control of the tasks they do, the Task Mate will be taking in reviews from the users to streamline its services and improve the suggestions and mapping services it offers them.

It is important for users to link an official e-wallet to the Task Mate app so that they can cash out their monetary rewards easily.