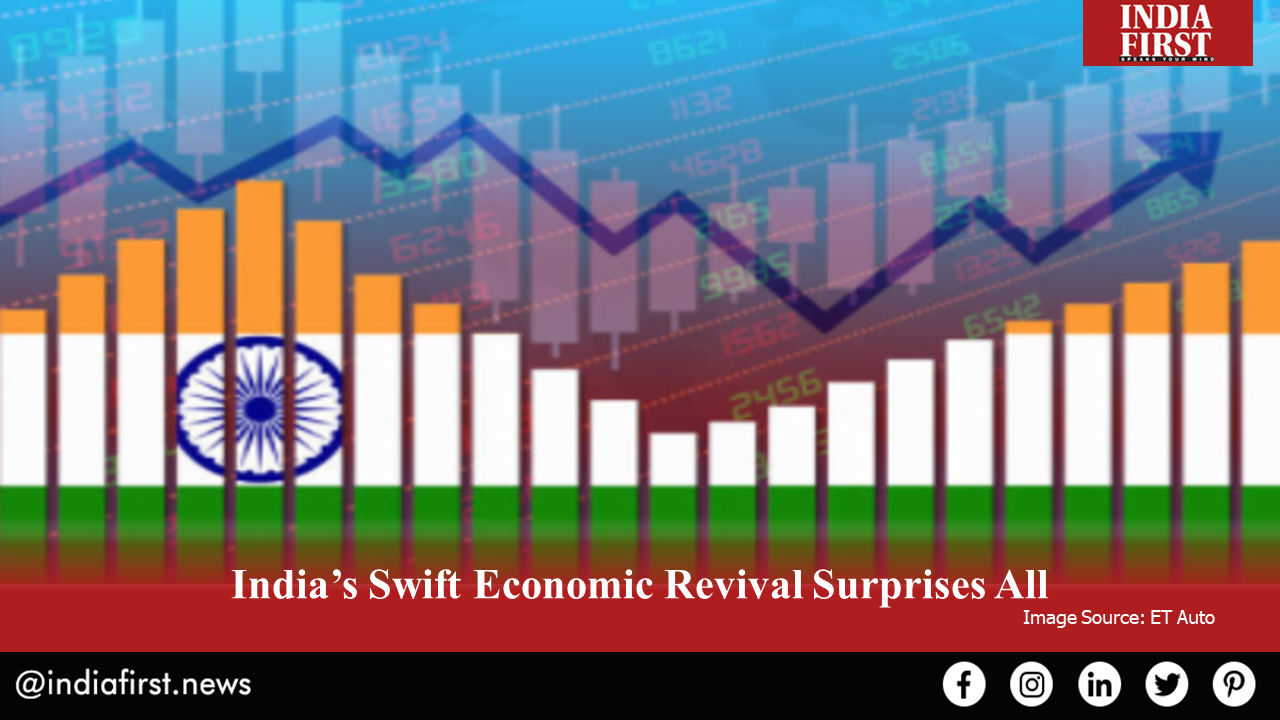 The darkest hour is just before the dawn, so goes the saying. After hitting rock-bottom in the throes of the coronavirus pandemic, the Indian economy is bouncing back so hard that it is surprising experts around the world. Powered by a strong revival of the trade and business sector, thanks to the phased unlocks, the Indian economy has been recovering at a remarkable rate.

According to the S&P report, India is slowly learning to live with the virus and even though the pandemic is far from over in the country, the fear of it has receded, giving Indians courage to pursue various business and economic activities. This newfound courage is because of the high and ever-improving recovery rate of COVID cases in the country, which has surpassed 90%. This, along with the possibility of a vaccine for mass immunization by early next year, has empowered India to script its most astonishing tale of economic recovery in recent times. According to the report, the country is well past its COVID-19 peak and is slowly seeing a reduction of active COVID-19 cases, which has helped in rejuvenating the economy.

As India emerges out of the pandemic cloud, its population is starting to move around. Observed mobility by the end of this year is just 25%-30% below the pre pandemic phase, hinting at a rapid recovery of business and trade activities. In June 2020, one of the peak months of the pandemic, the mobility had fallen 70% below the pre-pandemic phase, which was an indication that economic activity had come to a grinding halt in the country.

In the June 2020 quarter, the country’s economy registered a historic contraction of 23.9% as various sectors such as manufacturing, construction, mining and overseas trade suffered major setbacks due to shutdowns. As workplaces were deemed unsafe and unhealthy, production suffered greatly and economy dipped further.

India turned the table in the September quarter as manufacturing, power generation and other sectors began recovering from the pandemic-induced low.

The contraction reduced from 23.9% to 7.5% by September as the manufacturing and industrial sector bounced back from a decline in June. This has led the Reserve Bank of India to revise the Indian economy’s predicted contraction rate from 9.5% in October to 7.5% in December.

Many economic experts reckon this revival is a reflection of the resilience of the Indian population during crisis time. The recent economic figures from the country only reaffirm this notion.