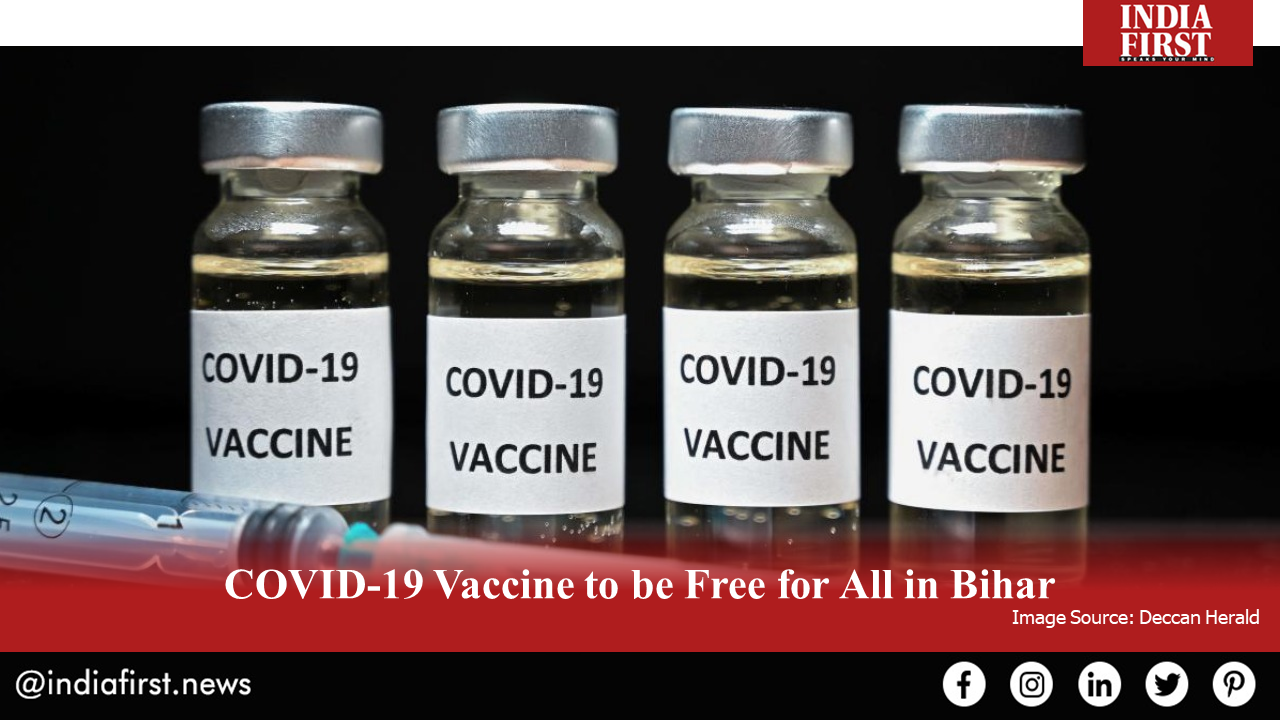 Staying true to his 2020 election manifesto, Bihar chief minister Nitish Kumar has given his approval to a proposal that will make the COVID-19 vaccine free for all in the state. The decision was taken on December 15 in the first cabinet meeting of the Nitish Kumar government after its official formation. The chief minister’s decision has cemented his place as a reliable and accountable leader who lives up to his promises.

The JD(U) government which was supported by the BJP during the Bihar polls has also upheld the promises made by finance minister Nirmala Sitharaman that the state would be sent free COVID-19 vaccines in the near future.

Kumar has directed Bihar’s public health department to work out a strategy that will make vaccinating every resident of Bihar possible. Explaining the state government’s decision, top officials confirmed the vaccine had been made free for all and the finer details of its implementation will be worked out soon so that the state is ready when it receives its first stock of COVID-19 vaccine from the Centre.

In the first phase of the state’s mass immunisation program, the government is targeting senior citizens aged above 60 and those above 50 with chronic diseases. There will soon be a top-level discussion within the public health department, after which a detailed report on the vaccination strategy will be sent to the chief minister.

Bihar Deputy CM Tarkishore Prasad said the decision to make the COVID-19 vaccine free for all is the new government’s gift to the people. He added that  the decision has been in keeping with the primary promises made by the BJP and the NDA during the polls. The Deputy CM noted that the population of Bihar is the state’s biggest strength and the government will be able to protect its human resources against the disease by making the vaccine free for all.

The decision was lauded by many political leaders, including former Bihar Deputy CM Sushil Kumar Modi, who feels that making the vaccine free for all is a revolutionary one and and other states should follow Bihar’s lead.  According to Modi, the decision will also help a majority of Bihar’s population gain access to the vaccine as most people will be able to afford the vaccine at

The Bihar government’s decision to make COVID 19 vaccine free for all along came along with other reforming measures that will help the state make significant progress in the education and industrial sector. The government has also decided to generate huge employment opportunities for the state’s youth in view of the high unemployment rates seen in Bihar during the pandemic.

People from across the nation have hailed the state’s decision to make COVID-19 vaccine free and accessible to its people as an example of great public health management.