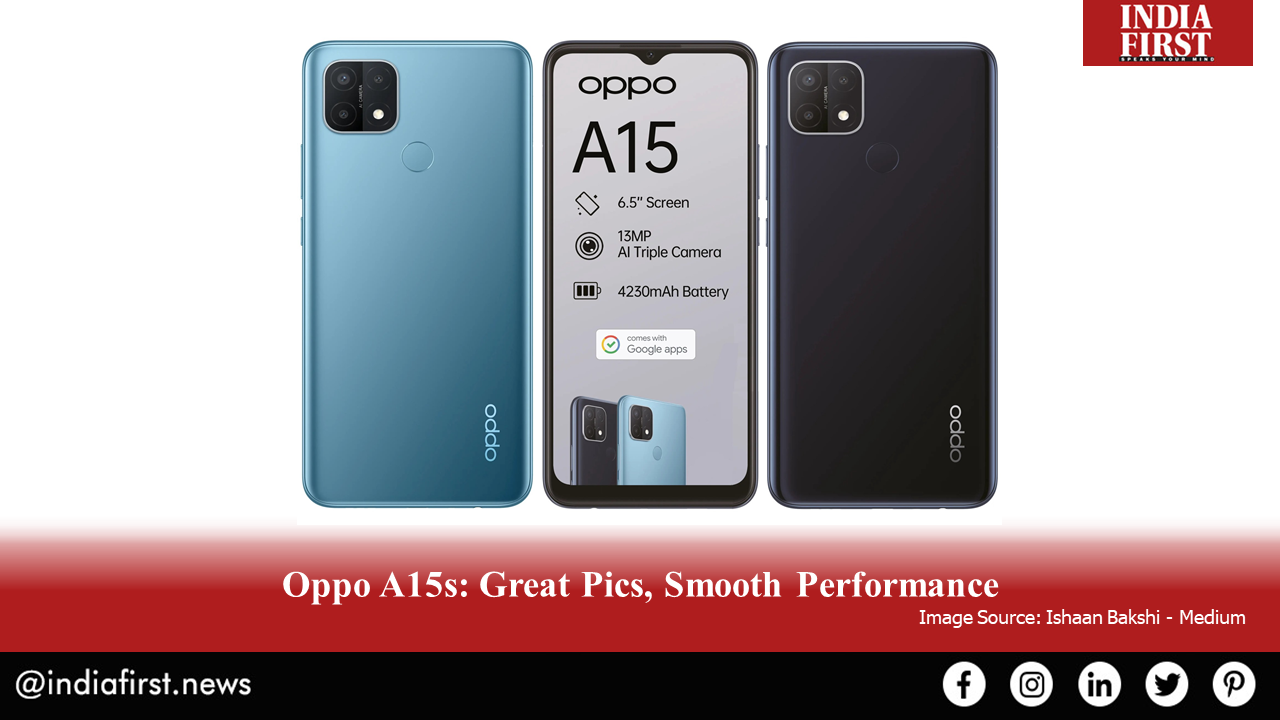 Two months after the Oppo A15 was launched, Oppo has added a successor – the  Oppo A15s – to its newly launched product line. Days after the poster of the new Oppo A15s was leaked, its new budget smartphone has been launched at a price of Rs 11,490.

Oppo’s smartphones are known for their camera quality and the new A15s will be no different. The rear camera promises clear photographs with great image quality, making the Oppo A15s the phone of choice for amateur photographers. An 8-megapixel front camera is perfect for clicking beautiful selfies. The camera will come with advanced features such as night mode for low light photography, time lapse and slow motion for funky video capture and AI-enabled smart beautification feature to click beautiful portraits.

The new smartphone has an octa-core processor that guarantees a smooth user experience and superior performance. The processor is the most updated version of the MediaTek Helio P35 SoC. The phone has an Android 10 powered ColorOS 7.2 operating system integrated into it and will be great for gaming as well as multitasking.

The new A15s comes with a single RAM and storage configuration. The new budget smartphone has a single 4GB + 64GB variant which will come out in three different colours – Dynamic Black, Fancy White and Rainbow Silver. The smartphone has a 6.95-inch HD+ display. The notched display, with an 89 per cent screen-to-body ratio, assures a great viewing experience for binge watchers and gamers.

The phone will come with 4,230 mAh battery, which is not the best-in-class but will offer decent power backup for the phone. Those looking for a smartphone which will run through long hours of uninterrupted use should not bet on Oppo A15s. Even though the battery power is not remarkable, the phone makes it up with innovative features such as dark mode, icon pull-down gesture and three-finger screenshot capture.

The Oppo A15s will be released in the Indian market on December 21 this yhear on Amazon India and other retail platforms. Interested buyers can avail a 5 per cent cashback when buying it from retail stores if they use ICICI, Bank of Baroda, and Federal Bank debit cards. Those planning to buy the phone on EMI can do so with leading financers such as Bajaj FinServ, HDFC consumer loans, and ICICI credit cards, which will allow buying the phone with zero down payment and no-cost EMI option for six months. Those planning to buy it on Amazon using a HDFC debit card can avail a 10 per cent instant discount.