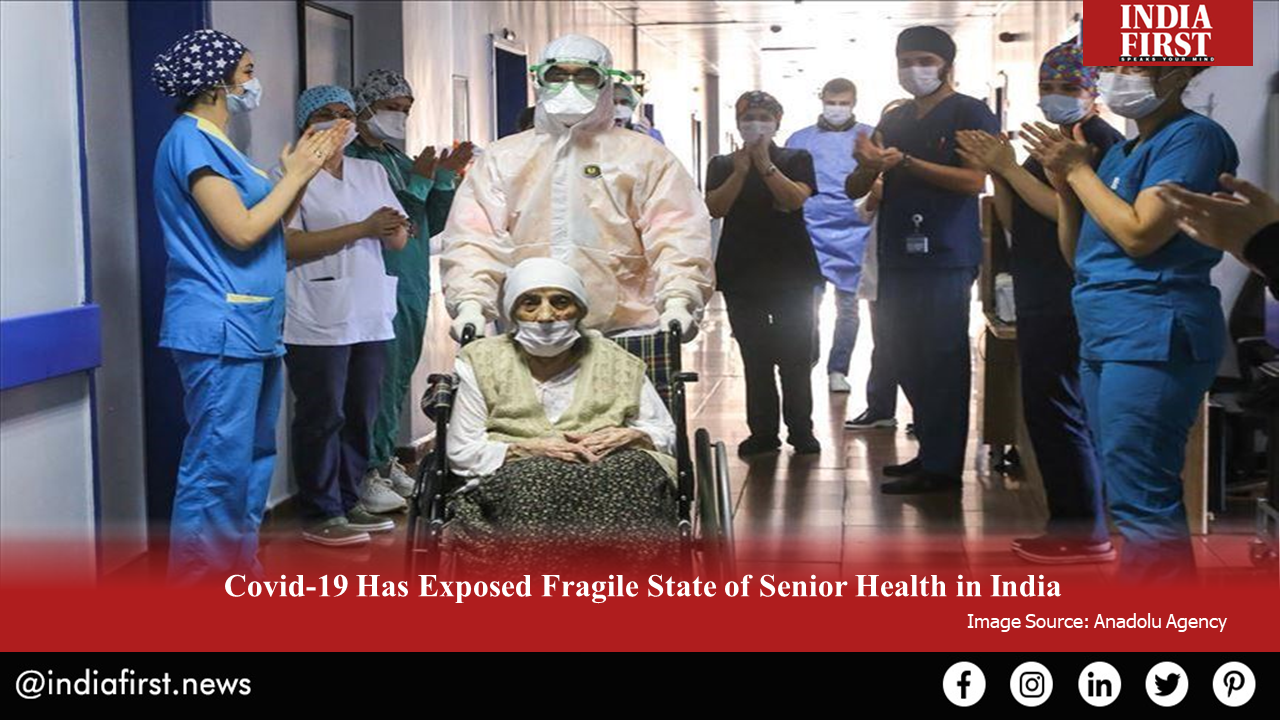 The year 2020 was undoubtedly one of the most difficult years in India on the public health front. The country was already struggling with an acute shortage of doctors and medical professionals, with a doctor-patient ratio of 1:1456, which is far lower than the World Health Organisation’s recommended  ratio of 1:1000 necessary for provision of proper health care services to all sections of the population.

During the pandemic, the biggest concern in the health sector was the well-being of senior citizens. The elderly emerged as the most vulnerable section of the population, as many senior citizens with chronic diseases and comorbidities died due to health complications induced by Covid-19 infection.

Casualties due to underlying diseases, such as hypertension, diabetes, lung disorders and heart conditions, also drew more attention than ever to the high prevalence of chronic and lethal health issues among India’s elderly.

According to recently released data, nearly 75 million of India’s elderly people are suffering from one or the other chronic disease, which has a severe effect on their longevity.

Nearly 45 million of the elderly are heart disease patients and suffer from various cardiovascular diseases that have become a common cause of death among the older population in India. Some 20 million of the country’s older citizens suffer from diabetes. Diabetes can be a trigger behind other complications such as vision loss, neuropathies, and heart diseases. This is why, in the past year, people with diabetes, especially the ones who fall in the seniority bracket, were the most vulnerable to Covid-19 infections.

Senior citizens in India are heavily dependent on others, especially their children, for assistance in physical needs. Nearly 24 percent of the senior citizens fall in this dependent category. Such statistics draw attention to the deep-rooted issues of abandonment and abuse that senior citizens often face in certain families of India.

Worldwide, the number of senior citizens and old people are increasing as the average life expectancy of humans have risen to above 60 years. With the percentage of senior citizens reaching 21.1% of the total population in 2050, there is soon going to be a need for trained professionals who can take care of the elderly in terms of assisting them in their daily life as well as providing medical care to them.

India will also see a sharp increase in its elderly population, which is why more studies on the living standards and problems faced by the elderly are needed so that they can be better taken care of in the future.