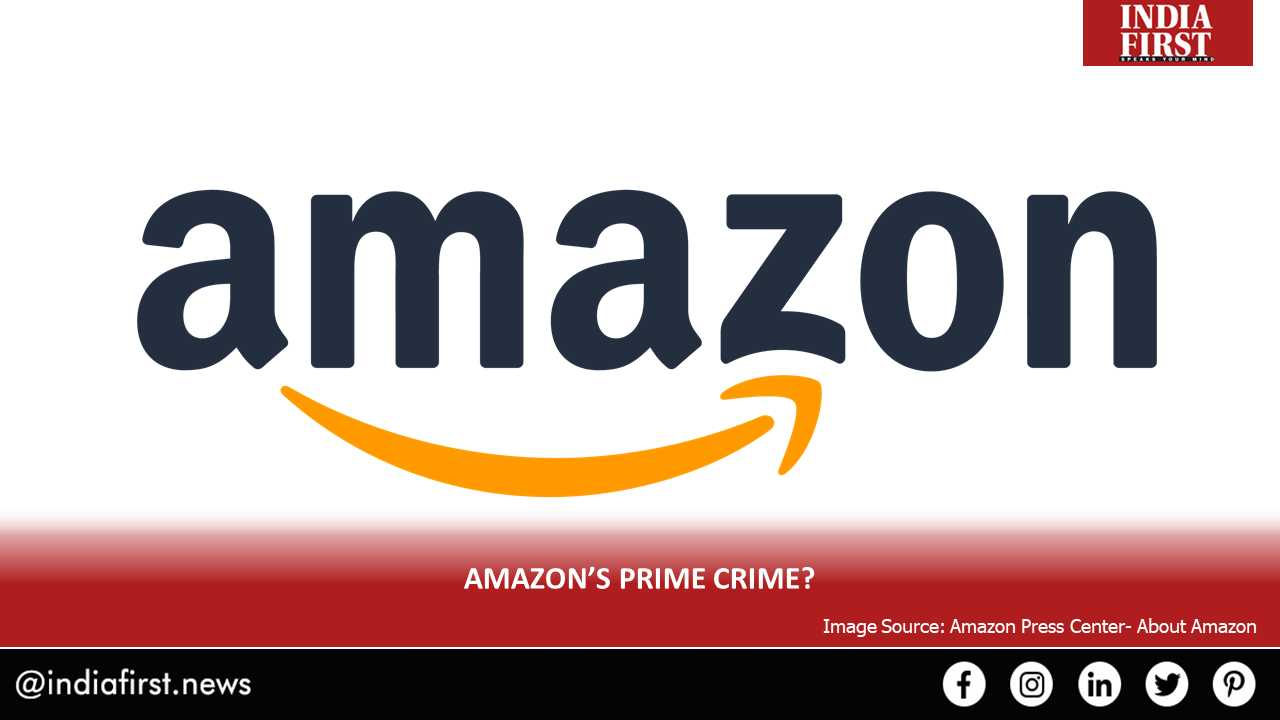 A recently released report has accused the global e-commerce giant of favouring big sellers and bending the rules on its Indian platform.

Amazon documents have revealed the company’s strategy to dodge India’s regulators, according to a global newswire report.

The report said that two more sellers on the e-commerce giant’s India platform – merchants in which Amazon had indirect equity stakes – accounted for around 35 per cent of the platform’s sales revenue in early 2019. It means some 35 of Amazon’s more than 400,000 sellers in India at the time accounted for around two-third of its online sales, it said.

“Amazon favoured big sellers on its India platform – and used them to manoeuvre around rules meant to protect the country’s small retailers from getting crushed by e-commerce giants, internal documents show. As one presentation urged: ‘Test the Boundaries of what is allowed by law’,” the report said.

Senior Amazon.com Inc executive Jay Carney was preparing for an important meeting with India’s Ambassador to the US. The former press secretary to ex-US President Barack Obama was in a note told to highlight the fact that Amazon had committed more than US$5.5 billion in investments in India and how it provided an online platform for 400,000-plus Indian sellers.

“But he was cautioned not to divulge that some 33 Amazon sellers accounted for about a third of the value of all goods sold on the company’s website. That information, the note advised, was ‘sensitive/not for disclosure’,” the gobal newswire reported.

“All this information was indeed politically sensitive. If they got out, they could give fresh ammunition to small Indian retailers who allege that Amazon harms their businesses by flouting federal regulations and by favouring a few big sellers. It could have annoyed Prime Minister Narendra Modi, whose political base includes millions of small retailers. And it would have undercut Amazon’s public messaging that it is the friend of small businesses in India. As the company says in one marketing slogan in India, it is ‘transforming lives, one click at a time’,” the report said.

What Carney wound up telling the ambassador is unclear. A meeting did take place in April 2019, but neither side would comment on the specifics of the gathering, the report said.

“News of their contents could deepen the risks facing the company as it encounters intensifying government scrutiny in one of its fastest-growing markets. The documents lay bare that for years, Amazon has been giving preferential treatment to a small group of sellers on its India platform, publicly misrepresented its ties with the sellers and used them to circumvent increasingly tough regulatory restrictions here,” it added.