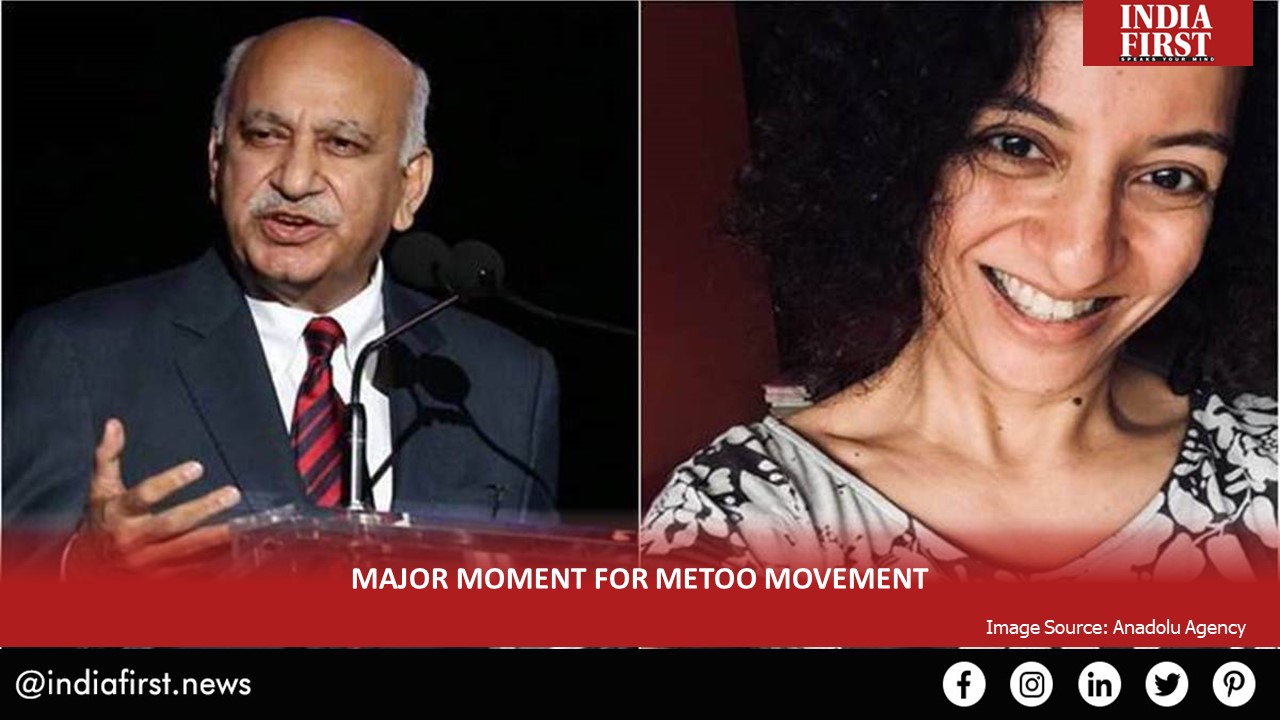 The Supreme Court has set yet another important precedent by acquitting journalist Priya Ramani in MJ Akbar defamation case.

“It is a victory for women and the MeToo movement. It feels great to have the truth validated before a court of law,” journalist Priya Ramani said minutes after a Delhi court acquitted her in a criminal defamation case filed by former Union Minister M.J. Akbar for accusing him of sexual misconduct.

In the wake of #MeToo movement in 2018, Ramani had made allegation of sexual harassment against Akbar. Pursuant to this, he filed the criminal defamation case against her and resigned as the Union Minister.

Additional Chief Metropolitan Magistrate Ravindra Kumar Pandey acquitting Ramani noted that a woman has right to put her grievances even after decades of the actual incident and that right of reputation cannot be protected at the cost of right to dignity.

“There was a lot of anxiety, stress and fear as a powerful man took me to court. My reputation is much better than his and everybody believed me,” she said after the pronouncement of judgement. It was reported that “a battery of 97 lawyers” was defending Akbar.

While pronouncing the verdict, the court further stated that women cannot be punished for raising voice against sexual abuse in the pretext of complaint of defamation.

The Additional Chief Metropolitan Magistrate also took consideration of the systemic abuse at workplace. He said that the time has come for the society to understand the implication of sexual harassment.

In 2017, Ramani wrote an article for the Vogue where she described her ordeal of being sexually harassed by a former boss during her job interview for his publication.

One year later, she revealed that the person alluded to as the harasser in her article was M.J. Akbar.

Akbar told the court that Ramani’s allegations were fictitious and cost him his stellar reputation. Ramani, on the other hand, contested these claims, pleaded truth as her defence and said that she made allegations in good faith, public interest, and for public good.

The judgement in the case is important as it sets a precedent for similar cases which arose from the discourse-changing #MeToo movement.