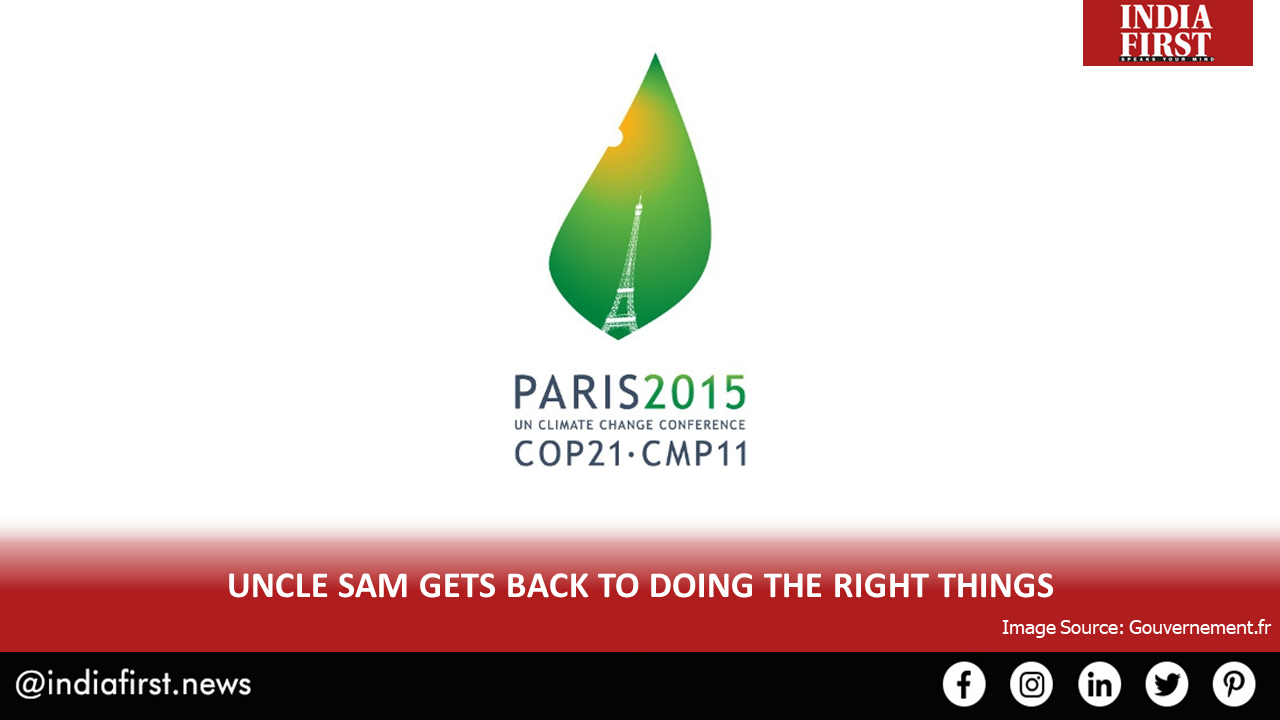 Climate change supporters worldwide are breathing a sigh in relief as the United States officially recommits itself to the 2015 Paris Agreement.

The US return to the 2015 Paris Agreement has become official today, paving the way for climate actions through its domestic and international policies while creating millions of “green” jobs.

But what does that mean for the global climate action?

Climate diplomats and campaigners believe the US will be turning its promises into action by committing to reach net zero emissions by or before 2050 and by reaffirming its pledge to support developing countries with finance.

Over the past four years, the action and leadership of US states, cities, and businesses have kept climate goals within reach.

During his first month in office, President Joe Biden has directed an aggressive mobilisation of the national government to embed climate throughout its activities.

Now leaders from sub-national coalitions will call on the Biden administration to commit to reducing emissions 50 per cent or more by 2030 (from a 2005 baseline) to put the US on a path to net-zero emissions by 2050.

Responding to the US returning officially to the Paris pact, France’s Climate Change Ambassador and Special Representative for COP21 and CEO of the European Climate Foundation, Laurence Tubiana, said: “It’s good to have the US back in the Paris Agreement, but sadly we have no time to celebrate.

“The climate crisis is deepening and this is the year we need all major polluters to step up and deliver stronger plans to deliver a safe, clean and prosperous future for everyone.

“The US needs to come to COP26 with a strong commitment: the urgency of the crisis is clear, and this means a new US target of at least 50 per cent GHG cuts on 2005 levels by 2030, ideally more.”

Noting Americans from across the country over the last four years have continued pushing forward and cutting emissions because they understand that fighting climate change strengthens their economy, Michael Bloomberg, the UN Secretary-General’s Special Envoy for Climate Ambition and Solutions, said: “They’ve kept us on track to reach our Paris Agreement commitment, and with a strong partner in the White House, we can exceed it.”

“We have a lot of work to do, and the more we support cities, states, businesses, and climate leaders across the country, the faster we can make progress. That’s the goal of our new coalition, and we’re looking forward to working with the new administration to build on the progress we’ve made and accelerate it in the lead-up to the COP26 climate summit this November.”

“It sets the stage for new commitments by the Biden-Harris administration, building on the dedicated and transformational work from US cities, states, businesses and investors over the last four years. Their united call through the America Is All In alliance for a halving of US emissions by 2030 represents a recommitment to science-based climate policy, and an unprecedented opportunity to unleash innovation, create sustainable jobs and regenerate nature at a pace and scale we’ve never seen before.”

“We look forward to welcoming a new wave of American partners to the Race to Zero and Race to Resilience, and a real commitment to build back a healthier, safer, and more resilient future worldwide after Covid-19,” they said in a statement.

Green groups too have collectively sighed in relief.

They say by reversing former President Donald Trump’s decisions, the US, the world’s second-largest greenhouse gas emitter, has demonstrated the real leadership and action as demanded by the climate emergency and has shown the world the path it must take to heal the planet.