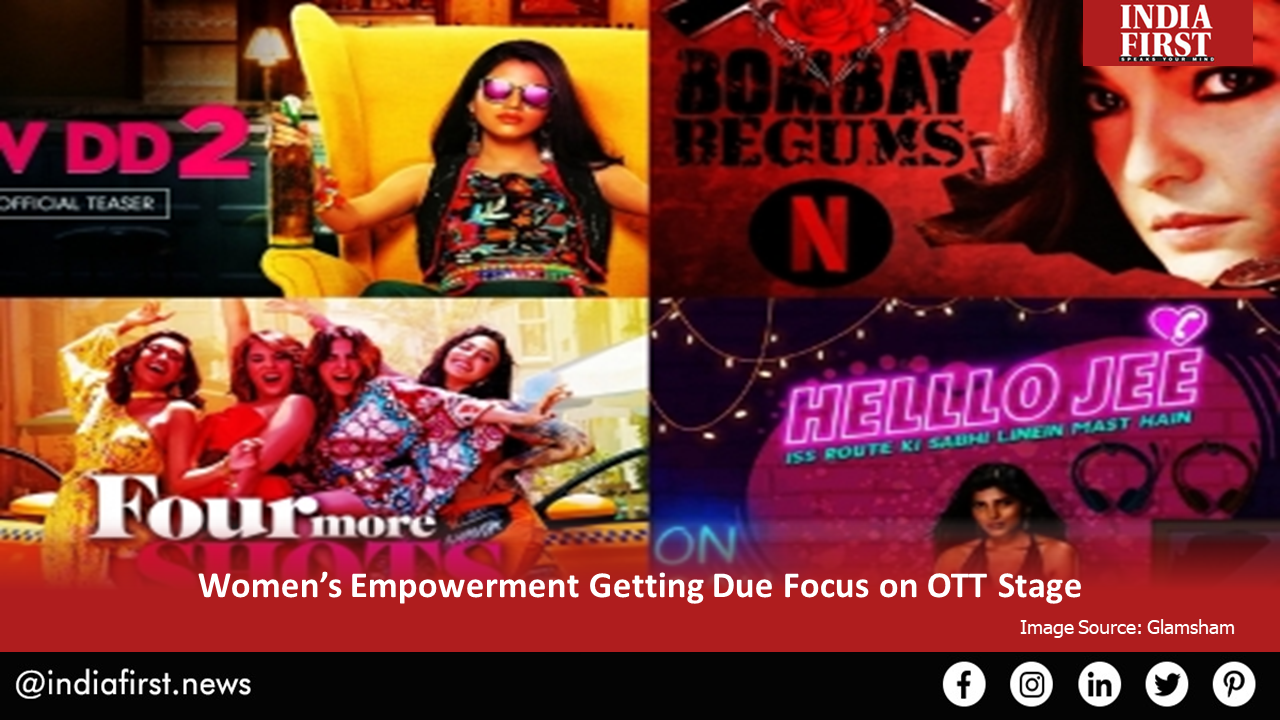 Female-centric themes have found a fresh lease with the rise of OTT platforms. A string of women-oriented series have grabbed audience attention. More than television and the big screen, filmmakers have found an ideal platform to experiment more freely with subjects focussing on womanhood and issues related to women in the digital space.

Be it the story of a small-town girl playing a phone sex operator or women asserting their rights across society, there are diverse shades being served.

Actress Nyra Banerjee, who plays the role of a phone sex operator in the series “Hello Jee” says: “I think people find the situations and characters more relatable. Also, OTT has an audience which is comparatively more open to various scenarios the women are. They are more accepting.”

Actress Maanvi Gagroo, who will soon start shooting for the third season of Four More Shots Please, says: “Till now we had not seen such characters on screen, but it doesn’t mean that they don’t exist in real life. Of course, these are slightly dramatised versions but these things happen. There are women who drink and party, make their own money, and make mistakes. They live life on their own terms. They are regular people trying to lead life on their terms.”

Here are four shows on OTT that credibly toast women’s empowerment, and are worth checking out.

The upcoming series stars Pooja Bhatt, Shahana Goswami, Amruta Subhash, Plabita Borthakur and Aadhya Anand. The story revolves around four women in Mumbai who come from different strata of society. The series is directed by “Lipstick Under My Burkha” maker Alankrita Shrivastav and will stream from March 8.

The show carved a special space with season one, as it reinvents Sarat Chandra Chattopadhyay’s classic literary work “Devdas” with gender reversal. Here, Devdas is Devika, played by Asheema Vardaan. Sanjay Suri is a new-age, male version of Chandramukhi, as Anurag. Akhil Kapur is Parth (Paro). Rashmi Agdekar is Chandni, or a female Chunnilal, who is a lesbian.

The show will soon start shooting for season three, with the previous two seasons having gained popularity. The series presents life of four women, played by Sayani Gupta, Bani J, Kirti Kulhari and Maanvi Gagroo. While the show initially faced criticism for its unconventionally presented narrative from certain sections, the OTT audience overall has loved it.

The lead character, portrayed by Nyra Banerjee, is a phone sex operator. The story is about how the girl, who hails from small-town India, finds a unique way to earn livelihood. Currently streaming, “Hello Jee” has garnered a huge following.