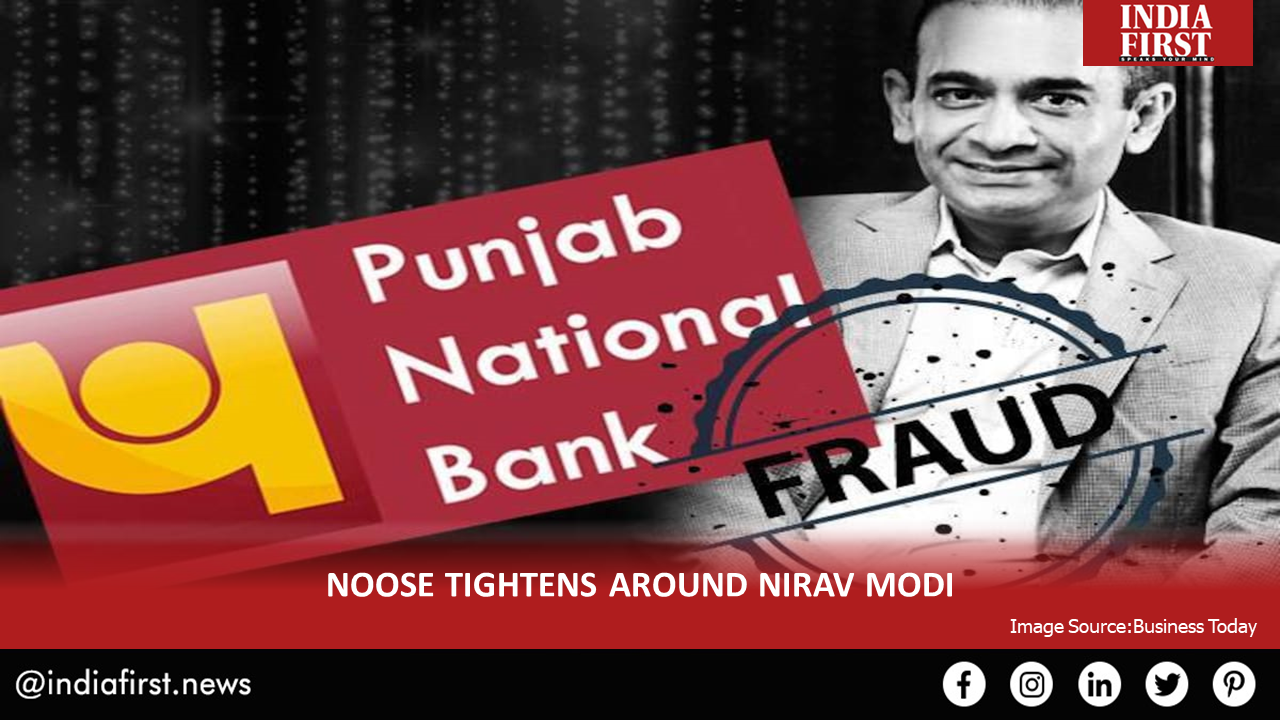 The key accused in the Rs 13,000 crore Punjab National Bank Scam may soon be extradited to India.

In a major setback to fugitive diamond merchant Nirav Modi, a UK court has today ordered his extradition in connection with the Punjab National Bank (PNB) scam case.

The District Judge at the Westminster Magistrates’ Court, Samuel Goozee, accepted the prima facie evidence against Modi for money laundering, saying: “Many of these are a matter for trial in India. I am satisfied again that there is evidence he could be convicted,” according to reports.

The development came after almost a two-year long legal battle.

Expressing satisfaction over the detention condition and medical arrangements in India, the court said, “Conditions in Barack 12 (at the Arthur Road Jail in Mumbai) look far better than his current cell in London.”

The observations came after Nirav Modi’s side had argued that he cannot be extradited to India due to his worsening mental health during the Covid-19 pandemic and the poor conditions in the Indian prisons.

According to sources, the court ruling will now be sent to UK Home Secretary Priti Patel for a sign-off. Depending on the outcome, appeals may be made in the high court by either side.

The charges against the fugitive diamantaire centre around his firms Diamonds R Us, Stellar Diamonds and Solar Exports for making fraudulent use of a credit facility offered by the PNB, known as ‘letters of undertaking’ (LoUs).

Arguing on behalf of the Indian authorities, the Crown Prosecution Service (CPS) in the UK had earlier sought to establish that a number of PNB staff conspired with Modi to ensure the LoUs. The LoUs were issued to his companies without required credit checks, sans recording the issuance of the LoUs and without charging the required commission upon the transactions. This resulted in a fraud amounting to nearly US$2 billion (Rs 13,500 crore).

Modi, who was arrested on an extradition warrant on March 19, 2019, is accused of money laundering, conspiring to destroy evidence and intimidating witnesses.