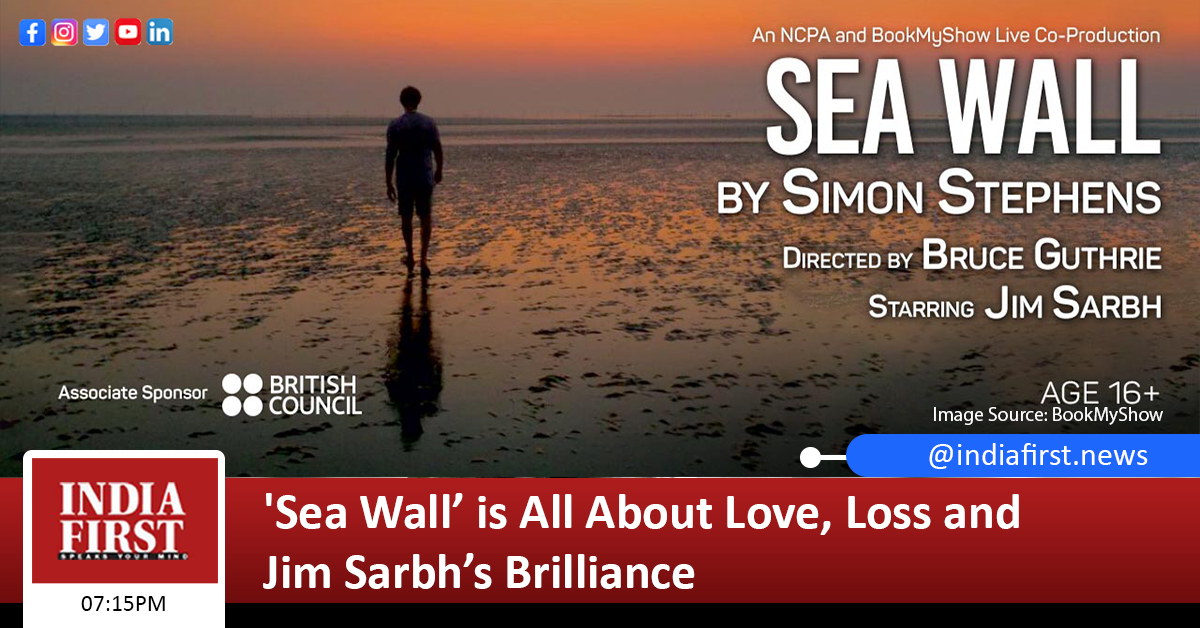 When Simon Stephens’ critically acclaimed play ‘Sea Wall’ opens, people will not find themselves seated in a large auditorium in close proximity to other theatre-watchers, but to one of the screens that opened a window to life and work for almost the whole of 2020. It is this essence of the disrupted familiarity and deep loss, that the brief play starring Jim Sarbh also encapsulates.

‘Sea Wall’ is a National Centre for the Performing Arts (NCPA) and BookMyShow production, streaming on BookMyShow Online on March 6-7. Despite being online, the monologue is just as immersive and takes the viewer through the protagonist, Alex’s, life in London and the South of France, where he often goes swimming.

Sea Wall starts with Sarbh switching off the Ghost light (a single light on a long stand that illuminates a theatre space with it is otherwise unoccupied or ‘dark’) before commencing with the monologue.

Alex played by Jim Sarbh, against the backdrop of empty seats, speaks animatedly and directly to the audience. Describing his family and life with infectious joy, Sarbh speaks of his wife visiting her father in the South of France, having a daughter, photography, and the bottom of the sea.

Throughout the 45-odd-minute play, Sarbh manages to build a story, which one would think is inconclusive – after all, he’s talking about everything from his daughter’s cardigans to the existence of God – until a devastating turning point breaks through the surface and brings to shore the darkness beneath the sea.

As Sarbh’s beautifully delivered and heartfelt monologue nears its end, what takes over is deep and heart-breaking grief, crumbling one to pieces with a vividness that is incredibly moving.

“Sea Wall is a gorgeous, elegant, devastating monologue. Working on it is as rewarding as it is challenging. I hope that I have done it justice, and I hope it reaches a virtual audience in as personal a way as it has reached me,” says Sarbh.

Interestingly, the entire play was shot using a multi-camera setup and in one take without any cuts, retaining the essence of watching theatre live on stage.

‘Sea Wall’ is directed by award-winning director and NCPA Head of Theatre, Bruce Guthrie. The monologue will be streaming the platform for live entertainment, between March 6-7.